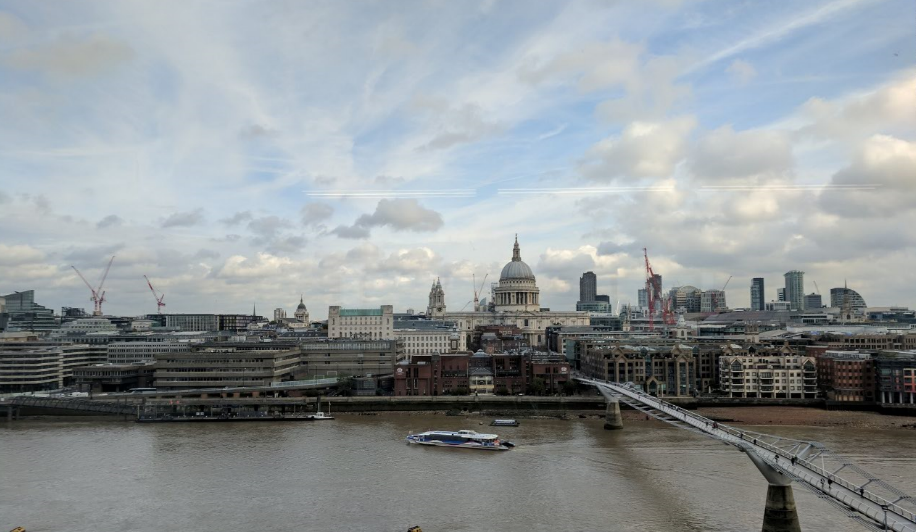 Today I attended Red Hat’s European analyst day at the Tate Modern art gallery. Here are some of thoughts based on what I heard.

So it turns out Red Hat is pretty good at being Red Hat. By that I mean Red Hat sticks to the knitting, carries water and chops wood, and generally just does a good job of packaging open source technology for enterprise adoption. It’s fashionable these days to decry open source – “it’s not a business”. Maybe not for you, but for Red Hat it sure is.

Enterprises trust Red Hat precisely because it makes open source boring. Exciting and cool, on the other hand, often means getting paged in the middle of the night. Enterprise people generally don’t like that kind of thing.

It’s been interesting to see the rise of OpenShift. What looked like a PaaS also ran in versions one and two has emerged as a go to Kubernetes distribution for enterprises. Red Hat now more than 400 paying customers for OpenShift Container Platform. For an enterprise today looking to establish a container strategy, with a view towards multicloud and or hybrid portability, Red Hat is becoming a default choice. At the very least it’s going to be one of the first names on a vendor selection list. There are tons of VC funded startups in the Kubernetes ecosystem – the new hotness, Heptio, for example recently took $25m – but there are very few that an enterprise is going to see as a relatively risk free investment. For a container platform discussion you’ll talk to Docker, Red Hat and a couple of other vendors. Recently, Pivotal bowed to inevitably of Kubernetes as a thing, by delivering support for Kubernetes in a BOSH world, in the shape of Kubo, co-developed with Google. Google is still very much a public cloud, rather than hybrid player, though it is partnering with Nutanix for hybrid deployments. Mesosphere blinked, and is now supporting Kubernetes. Oracle is in, working with CoreOS, and has joined the Cloud Native Computing Federation. IBM is all about Kubernetes. Amazon Web Services recently joined the CNCF, likely a harbinger of direct Kubernetes support. Microsoft is also building Kubernetes support into Azure. Red Hat’s platform story is pretty clear – unlike IBM and SAP it never made a bet on Cloud Foundry, so it could move directly to container native. That said, Red Hat is all too aware that it needs to avoids the fate of OpenStack, which grew explosively on the vendor side, before interest subsided, leaving Red Hat with customer contracts to support.

So what about customers and prospects? Saying “we want containers” is one thing. Being ready to take advantage of them however is quite another. Always start with continuous integration and deployment, with automated testing and distributed version control, the basis of everything good in modern software development.

Pivotal Labs has carved out an excellent position for itself by helping companies learn how to develop software the cloud native way – with its prescriptive diet of exposed concrete, pair programming and automated testing.

Red Hat is now emulating Pivotal with its own “Dojo” style Open Innovation Labs, initially in Boston, London and Singapore. Red Hat doesn’t have Pivotal’s pedigree in organisational transformation for application development but it plans to build capacity there. One of Red Hat’s customers at the event, Motability, was positive about the Open Innovation Lab experience in London. It said that it had also planned to carry out a training engagement with Thoughtworks. After the Red Hat engagement though, Thoughtworks was surprised how much progress it had already made. Which is to say, Thoughtworks may have lost money to Red Hat there.

So OpenShift is in good shape. But Red Hat also has another solid enterprise play in the configuration as code/DevOps space, through its Ansible acquisition, competing with Chef and Puppet. Red Hat cleaned up its story recently by finally open sourcing Ansible Tower a couple of weeks back. Red Hat said today it has nearly 500 paying customers, but is in quiet period before its next financial quarter, so that number will shortly get a boost.

Red Hat remains an anomaly – it makes money in open source. It has new revenue streams opening up. It is well positioned to keep doing the basics, but also now have a conversation with the C-suite about transformation.

So about this Dell digital transformation story. Pivots

What Kubernetes and Cloud9 tell us about the new industry – anyone but Amazon.

Amazon Web Services joins the Cloud Native Computing Foundation – what does it mean?

disclosure: AWS, Docker, Google Cloud Platform, IBM, Pivotal, Red Hat and SAP are clients, but all opinions expressed in this analysis are RedMonk’s own.