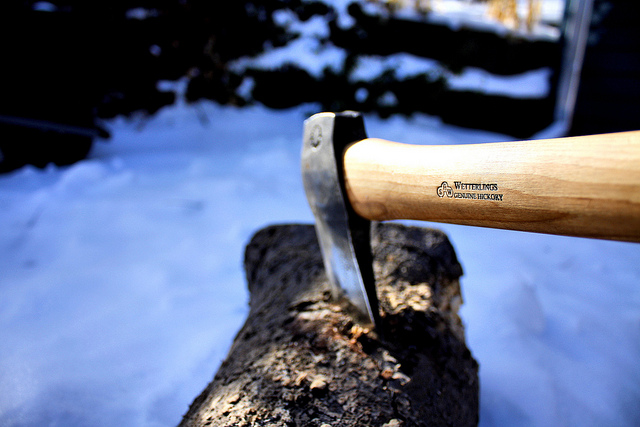 I caught up with the Oracle Cloud team recently at the Electricity Showrooms in London. It was interesting to see what’s up. It’s no secret that Oracle is in catch up mode with cloud, but then so is everybody, except Amazon Web Services (AWS).

Microsoft is a clear front runner in the chasing pack. It’s doing some great engineering, is throwing money at its salesforce to sell Azure, and has a clarity of purpose that others would do well to emulate. It is hiring well, very notably in its Developer Advocate team. Google Cloud Platform is also pushing hard to be taken seriously as a top enterprise cloud infrastructure IT provider – but if you want my take on that read this.

A great deal of success in business is of course hiring well. But hiring in itself is not enough. You have to hire well, and then let your hires do what you hired them for. The current incumbent in the Oracle cloud infrastructure hotseat is VP of Engineering Mark Cavage. Ex Joyent, where he led the engineering team building Manta, ex AWS, he has the job of getting Oracle into the game. From a RedMonk perspective Cavage is refreshing in understanding bottom up adoption and the importance of developer experience. He says Oracle can’t win with an approach only driven by traditional top down enterprise sales.

“Modern devs are near and dear to my heart. I care a lot. In terms of culture, awareness and product – we need to change how developers see us.”

One of his first moves was to go somewhat against the grain in search of differentiation. AWS was built on hypervisor technology, which was the obvious design point when the architecture was originally established, before containers were a thing. So Oracle built Bare Metal Cloud, an Infrastructure as a Service platform (compute, storage, networking) with a design principle that some workloads, notably database, don’t virtualise well. Bare Metal Cloud began to change some outside perceptions about Oracle’s cloud engineering story.

Cavage has made some interesting acquisition and hiring moves. For example, they picked up the Iron.io team in order to start building out a serverless platform. The Oracle Functions demo Chad Arimura, from that team, showed me was promising from a developer experience perspective. Cavage argues serverless is more about the development model than how it is currently being used in the case of AWS Lambda, which is primarily event-driven glue for AWS services. Until we see better state management and concurrency, he said, we won’t see the promise of serverless properly realised.

Another acquisition was Wercker, which brought Oracle a story for continuous integration and deployment. CI/CD is the onramp for everything good in modern software development. Cavage said what he found interesting in Wercker was the automation to ensure environment consistency in dev and test, with deployment.

Oracle, like everyone else in the Anyone but Amazon Club, is betting heavily on Docker, Kubernetes and related technologies in the Cloud Native Computing Foundation purview. Oracle’s Container Cloud offers solid Docker support, and Oracle won some plaudits at the recent DockerCon with the announcement of images for Oracle Database in the Docker Store.

Oracle without a doubt though has a reputation problem with developers. It has repeatedly upset open source communities, and continues to make some strange decisions around license choices. It needs to lower barriers to entry and focus on convenience, and adopting standard permissive licenses would help a lot with that.  As Ilya Dimitrichenko of Weave.works says, Oracle is a long way behind with developers.

Cavage used an interesting phrase in that respect. He said Oracle needs to:

Undoubtedly true. There is a frankly a lot of wood to chop and water to carry in open source. Documentation, developer salaries, bug fixes, patronage. As an industry we need to do a much better job of maintaining the maintainers, those that fix up the roads and bridges.

Microsoft has done a stellar job of turning around its reputation. A change of CEO was required to really cement the change, but we don’t expect this at Oracle. Today when we talk to commercial open source software companies they pretty much uniformly say Azure is the best cloud to negotiate and partner with. Oracle is going to need a similar perception change if it really wants to change the game in terms of engineering-led adoption.

It’s a lot easier to buy time and dos stuff like this when you turn in decent financial results. The markets were very happy with Oracle’s FY17 60% increase in cloud revenues. Those numbers include Software as a Service sales, and are less than a third of what Microsoft is now reporting for Cloud, but it is certainly up and to the right. I am not discussing Salesforce in this post because it doesn’t offer Infrastructure as a service, but obviously it’s a major player, ahead of Oracle in cloud revenues.

Oracle is of course being super aggressive from a sales perspective. It recently announced the intention of hiring 1000 sales people in Europe Middle East and Africa this year. Hiring 1000 sales people is fine, but it should also be looking to hire 150 top notch evangelists. That won’t just mean money though – Oracle will have to look, feel and act different if its going to attract people of the right calibre- they can pick and choose their employers. Again – Microsoft is setting a very high bar here.

But Oracle has indeed made some excellent hires. Timoth J Fontaine was Node.js lead at Joyent. He is, as they say, no slouch.

Railcar is an alternative container runtime built in Rust rather than Go. That’s the kind of thing that elite developers take notice of and want to work on.

“These days, almost all container utilities are in c or go. c is great for interacting with the linux kernel, but has security drawbacks. Go is great for speed of development and memory safety, but it has some limitations that create problems interacting with namespaces. Rust sits at a perfect intersection of these two languages: it has memory safety and higher-level primitives, but doesn’t sacrifice low level control over threading and therefore can handle namespaces properly. It is a great choice for container utilities and we hope to see the rust community and the container community collaborate more in the future.”

There aren’t many places writing Rust in production but there are a lot of solid developers that want to. Oracle has made an explicit play for a nascent community, to hang out with the cool kids. In sum, Oracle has a ton of work to do but at OpenWorld this Fall its swagger will look more deserved than in recent years.

Thanks so much to Phil Roeder for the excellent chopping wood shot.