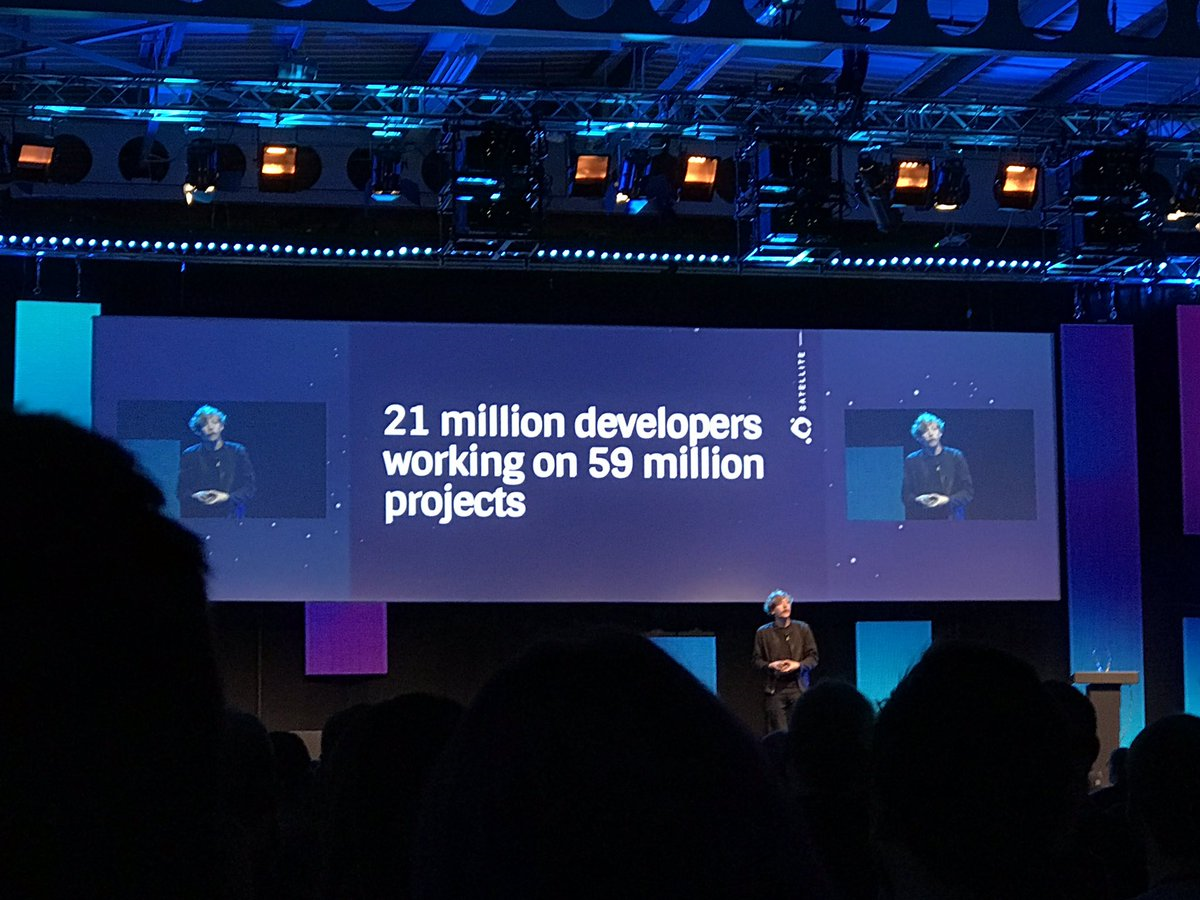 Just how many darned developers are there in the world?

At GitHub Satellite in London this week CEO Chris Wanstrath gave a great keynote about the ongoing revolution in software development. One of the themes was what on the face of it is a straightforward question – how many developers are there in the world? Of course the question is not straightforward. Counting people is always hard, and the definitions are slippery. I am not a statistician or actuary, but we don’t seem to have to have it pinned down.

Wanstrath said that the current commonly used estimate was 20m software developers. This figure though proved to be a bit of a strawman

According to Evans Data Corporation the figure in 2016 was 21m.

According to DataUSA there are 1.2m developers in the States.

In 2014 IDC estimated there were approximately 18.5m software developers in the world. Around 11 million of those were pros and 7.5 million hobbyists.

I have no idea how IDC could possibly come up with a number of hobbyist coders, but your methodology may vary. Not to criticise other research firms but for as long as RedMonk has been around we’ve had issues with how the industry did numbers. Market size prediction for example is generally guesswork, and often hilariously wrong, part of an industry investment machine that runs on vanity metrics. Meanwhile counting (purchasing) from the top down can lead to confusion and overly confident assertions. The classic example RedMonk uses is Linux market share. A few years back the professional numbers companies had the Linux horse race nailed down – to Red Hat, with Suse in a distant second. But RedMonk was talking to developers every day that were using Ubuntu. They just weren’t buying it, preinstalled, on a box from Dell or HP. On the cloud Ubuntu won.

But just how many developers are there out there? GitHub is very well placed to know, given it’s where (so much) of that development happens today. It has telemetry-based numbers, with their own skew of course, but based on usage rather than surveys or estimates.

“We see 20m professional devs in the world as an estimate, from research companies. Well we have 21m [active] users – we can’t have more users than the entire industry.”

“Last year we had 1m. Now we have 2m active users. If you are going to tell me there are 20m devs in the world and 10% are using Atom I just don’t believe that. I would love to see those numbers for Visual Studio Code and Sublime, which are also both growing strongly.”

The 2m number may actually be slightly low, because Atom developers have the option to turn off metrics and tracking. But Wanstrath’s argument is solid. The research company estimates seem out of whack.

So what about the world that doesn’t currently have telemetry information about tools usage? We’re at the very early stages of the great developer flowering. Consider that yesterday, while announcing its acquisition of Codenvy, Red Hat said only 5% of its customers were currently using automated build processes for CI/CD. What a great opportunity for Red Hat – to not just revolutionise how its customer base develops software, going forward, but to have active usage metrics as it does so.

I think it’s a fairly safe assumption that most developers using Github are indeed practising test-driven development (update. should have said “or at least using automated testing and build processes”). I guess my point is that if Github has 21m active users, Wanstrath is right that current estimates of the size of the developer population must be far too low. He didn’t make a prediction about what it actually might be – when you’re working with telemetry, after all, why make shit up?

I really like the approach in this post by npm trying to work out how many users it has. It discounts raw downloads (not a good measure of adoption in the age of the build server doing downloads) but correlates across web traffic, by unique IP. How many packages per run, and per IP. It’s super important to not just settle on vanity metrics but rather to grope forwards with sanity metrics and then clarity metrics. 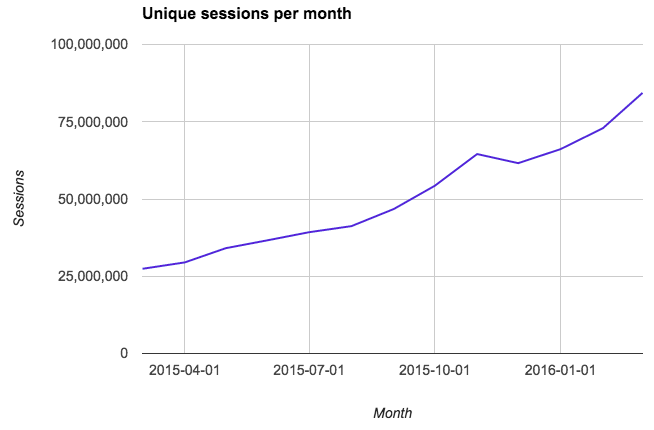 npm’s final estimate is 4m users, doubling every year, which aligns pretty well with estimates from the Node Foundation. One assumes that growth will have to plateau pretty swiftly, especially if the total number of developers worldwide is anywhere around 20m.

But it could easily be far more. Are we under-counting China, for example, given its firewalls? India continues to crank out developers at an astonishing rate. Meanwhile Africa is set for crazy growth too.

Donnie Berkholz did some solid work on population growth while he was with us, modelling and accurately predicting Github user growth. It’s pretty amazing to think that Github hit 5m users in 2012, and is now at 20m.

RedMonk has been chronicling this revolution from the grassroots up since 2002. Developers, the New Kingmakers, are driving the change because of the availability, accessibility and affordability of tools and learning.

You certainly can’t just count computer science graduates or software industry employees anymore. These days you can’t even be an astronomer without learning code, and that’s going to be true of all scientific disciplines. Increasingly all engineering is software engineering.

The math(s) is still as hard as ever, but as online platforms such as Github and npm continue to grow, and the use of package managers for all languages do, we’ll have better metrics. My wild assed guess would be more like 35m.

If anyone has any data about IT developer populations, ideally telemetry oriented, that they can share with us RedMonk would love to hear from you. I agree with Wanstrath – 20m is way too low, and we need to work out a better estimate.

Disclosure: Red Hat is a client.