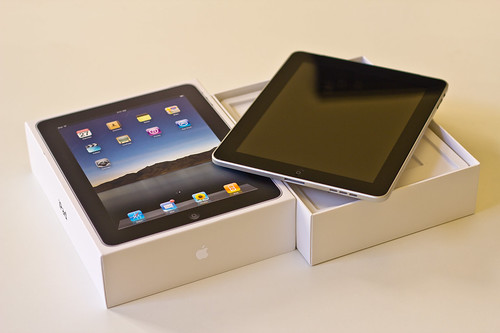 A core research thesis for me is that the best packager in any tech wave wins, and wins big. The number one position in a market, with all the network dominance that implies, goes to the best packager, not the best inventor. Packaging is where you cross the chasm- where geek stuff goes mainstream. Tim O’Reilly tracks the Alpha Geeks to understand how the world will change- but generally the mainstream chooses a different implementation that the geeks- Apple being an honourable exception to the rule (when application developers and the mainstream are pulling in the same direction then network affects really kick in).

Think of Compaq packaging Wintel. Or IBM packaging all of the inventions in mainframe computing as the System/360. Windows packaging the IP stack to take out Novell. SAP packaging ERP/MRP/etc for client/server in the shape of R/3. Or lets look again at Apple for a second: Nokia and even Microsoft had delivered all of the same phone technologies Apple later did, touchscreens and so on- but they packaged them far less effectively, focusing on functionality rather than user experience. On the desktop Apple packaged FreeBSD on Intel and made it beautiful.

Geeks love great packaging. So much so they fetishise the “unboxing” of new gear.

So what about open source, and the news this week that Red Hat is set to break the $1bn annual revenues barrier? Matt Asay argues that the company is one off. It seems to me that Red Hat, more than any other company in the space, simply realised the value of enterprise packaging – with all the documentation, certification, authorisation, training and platform testing that implies – across a wave of open source technology – namely Linux, and latterly Java application servers. Red Hat is a not a distribution for geeks – its a distribution for suits. While other commercial open source companies trumpet the fact the lead developer of an open source project works at their firm, Red Hat just gets on with business.

Last June my colleague Stephen said, in a post entitled The Economics of Open Source: Why the Billion Dollar Barrier is Irrelevant:

Open source as an application development model enjoys many advantages over proprietary, in-house development; distribution and usage among them. But revenue extraction has not traditionally been a strength, for obvious reasons. When payment is optional, as it is with most open source software, fewer users become commercial buyers.

Stephen was responding to Glyn Moody, who had simply asked: Why No Billion-Dollar Open Source Companies?

These days all software companies use open source methods- even Microsoft. Open source has won the battle as to what is the best development model for quality and agility. But packaging is where the value is. Red Hat won the shrinkwrap and enterprise wave of Linux, and deserves the money its making. It turns out though that the Cloud though seems to be the best commercial model for packaging open source technology, not least because it removed some of the restrictions of distribution-based open source licenses. It will be interesting to see how Red Hat sustains its momentum – after all Amazon is currently doing by far the best job of packaging Red Hat for the cloud – in the shape of Amazon Web Services. [update: realising I should spell this out- AWS runs on Red Hat Enterprise Linux, and uses its virtualisation engine.]

Packaging is how to make money from open source. But then its been the way to make money from every tech wave. Unix – a packaging exercise that Sun won until they took the eye of the Intel ball. What’s your favorite example? Packaging is innovation, everything else is devs writing code. Finally- a few words about broader economics. One of the great advantages of packaging is the margins it enables. Nestle packages water, and sells it at a huge profit. Bayer is the aspirin packager. Branding is packaging, and that’s where the money is.

If you’re interested in the packaging angle you might also enjoy this recent post Smarter Computing: An Agenda For (Re)Packaging IBM Software and Systems in the Age of The Cloud.

I also argue that Google’s Android is a packaging exercise – Towards a Permission-based Web. Wherefore Net Neutrality? Or: Maybe Open Source Wins After All

Leave a Reply to On The Importance of Design at IBM: Love and Margins. : Enterprise Irregulars Cancel reply