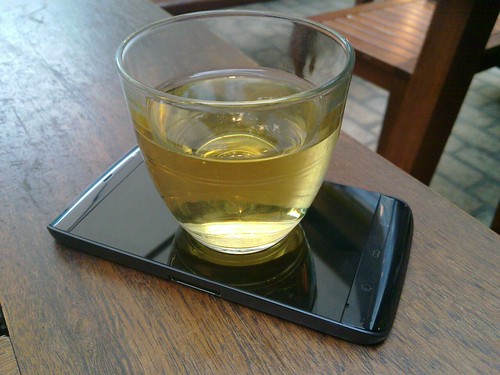 Folks have been clambering over themselves to praise the new 7 inch Samsung Tab after its launch at IFA last week, but I have been playing with Dell’s 5 inch screen entry in the tablet game for a month already, so I thought I should get a few notes down for context.

All in all I like the Dell Streak quite a bit so far. It makes a good TV companion. I like the form factor. But then I don’t wear skinny jeans (I thought this was a pretty good gag but it seems so did everybody else).

Considering this is one of Dell’s first such devices I am pretty impressed with the design and build. Disclosure: The streak is a loaner from Dell, which is a client.