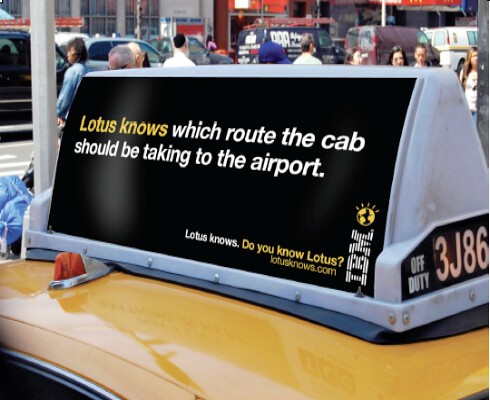 “Good enough” – used to be a pejorative at IBM. “Good enough” is what those upstart competitors offered customers, upsetting finely honed pricing and sales models for feature-rich systems and software products. Generally IBM products suffer from an excess of features, rather than a lack. I often joke that IBM never met a feature request it didn’t like.

Over time the “good enough” Microsoft became the feature rich leviathan, and these days Microsoft is probably more obsessive about throwing more features into a product than IBM ever was – many of Vista’s problems were a problem of feature and scope creep.

Nobody would accuse WebSphere of lacking features. Or DB2. Or Rational’s bunch of tools. So what about Lotus? Two major new Lotus strategies are now about good enough:

Last year IBM acquired Outblaze for its limited functionality browser-based email service, in order to compete with Google. The product is now available as LotusLive iNotes (not to be confused with Lotus Notes or even Lotus iNotes]. LotusLive iNotes is aimed squarely at businesses that want offer their employees email, the whole email, and nothing but the email.

We could dismiss IBM’s good enough cloud mail play as an aberration were it not for the fact IBM is also now pitching Lotus Symphony, based on Open Office as a “good enough” Office suite. IBM is convinced enough that Symphony is good enough that its now finally rolling the suite out to its massive internal user base. Queue some wailing and gnashing of teeth from IBM employees that are used to Microsoft Office. From an outsider perspective I have to say the latest slide presentations coming out of IBM now seem to have more white space, which is goodness. Will IBM face some internal document challenges? Sure. But good enough is just the beachhead. As in other areas- IBM’s employee base is probably the biggest user testing lab in the world.

So Lotus is now going to market with good enough messaging, where IBM explicitly admits in some cases that Google has more functionality. That’s a big change. A change that should benefit enterprise customers: overprovisioning software, and paying through the nose for it, has been the story of the industry, well, forever. Open source turned the dial; IBM learned an awful lot about good enough from Linux. SaaS turned the dial again. And now IBM is starting to explicitly play the good enough game.

I know some folks are not Lotus fans but the kind of segmented, pragmatic approach IBM is taking makes a lot of sense for the portfolio.

Good Enough- it must be a zeitgeist thing. Soon after I started this post this Wired story came out, pitching Google Docs and the Good Enough Revolution. No – Google’s overengineered now, IBM’s the good enough playa ;-).

disclosure: IBM is a client. It paid some T&E for an information management event I attended last week, where I started thinking about IBM and the good enough. Microsoft is also a client. RedMonk pays Google to use Google Docs premium.