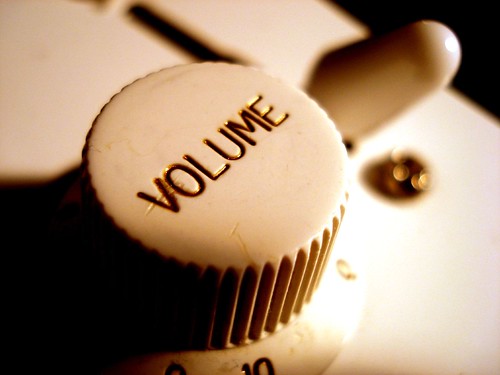 I went to an SAP event last week to hear what some SMB customers had to say about the vendor. I was pretty impressed with their openness in talking about experiences using SAP products including BusinessOne, ByDesign and All-In-One (you didn’t expect SAP’s portfolio to be elegant, did you?)

Dennis Howlett did a great summary job on his his own own blog, and on ZDNET.

Could SAP be right for you?

Our Key takeaways – For many European small businesses running SAP is something they aspire to. These shops want to run SAP so they can sit at the same table as their bigger customers. “The best run businesses run SAP” – seems to have sunk in, in Europe at least. Considering how angry some major European SAP customers are over recent hikes in maintenance fees it makes a lot of sense it makes an awful lot of sense to focus attention on a new market segment without the negative baggage, and without the traditional packaged software license/maintenance model!

SAP and SME’s: an update

Reporters love a negative story,  as do many enterprise software analysts, and together they seem only too ready to label SAP’s Business ByDesign suite a failure.

Me? I suspect Dennis may be closer to the truth.

ByDesign is setting a benchmark for what it means to acquire, configure, implement and run 21st century software and that will, in the long term, impact all of SAP’s product and service lines as well as the ecosystem. However, I believe the market is so large for what they are attempting to do in this segment that naysayers will end up eating their own words. The fact ByDesign (and to a lesser extent All-In-One) is reaching many more users in an organization than the Business Suite should be telling SAP and its detractors something.

What you have to understand about Business ByDesign is that its not just salesforce automation – its an end to end, fully integrated Financial and Resource planning suite- its got everything that an export-driven mid-sized German process engineering company might need to run its business. Order to specification- sure. This is not case and salesforce management. Its an extremely complex product. I think ByDesign could even begin to swallow R/3 implementations, just as R/3 replaced R/2 – although both were originally intended for different target markets. Of course its not just outsiders that are down on ByDesign – there are plenty of people within SAP that have now decided ByDesign is a failure. Me? I think that’s a failure of nerve, and imagination. SAP has taken on a major engineering and management challenge in making the software consumable as a service. That is, ByDesign is the very much the new R/3.

The High Cost of Low Volume.

R/3 eventually displaced R/2 because it was a volume product. With its channel, product, services ecosystem R/3 was very much as Architecture of Participation. Business ByDesign takes some of that thinking forward for the net age (well without the Big Consulting channel obviously, and problematically).

I can’t understand why SAP isn’t making more noise about quick and dirty integration with the likes of Google, Navteq and Hoovers. Web service integration out of the box for the win. API participation is one way to drive a platform. Just ask Google maps…

But what about volume? That seems to be where the SAP model is falling down badly. While I fully agree that a managed roll out makes sense for the product, SAP appears to be drawing the wrong conclusions from its own rollout. The software giant’s current top argument for not rolling ByDesign out more quickly is that its not clear how to drive down total cost of ownership far enough to drive margins up and make the product profitable.

There is a certain irony in SAP not being able to externalise the cost as it did during the SAP R/3 wave, when we all knew implementation services would cost the customer at least ten times what the software cost. With ByDesign in stark contrast, SAP has to swallow that cost, and not pass it onto the customer this time around.

I can only assume this was a mistake, because if not- that’s just crazy. No wonder total cost of ownership doesn’t make sense. Is SAP paying list price to Fujitsu or something? Are the blades made out of platinum or something?

So list price at low volume is of course going to make a service look expensive to run. If on the other hand SAP was buying low cost vanilla blades price could come down. And if SAP sold at volume, then the price would obviously come down dramatically.

What is GA, Anyway?

A few words on GA before I wrap up. While SAP says BusinessByDesign is already Generally Available (GA) in six countries, in fact this is a managed, pre-qualified rollout. Customers have to be willing to be public references, and SAP is being quite choosy about who it lets in.

Rather like Apple with the App Store, SAP wants to closely manage the experience, and who can blame the firm (well apart from the volume economics issue laid out above). I find it hard to criticize SAP for its approach, but the name doesn’t seem quite right either. ByDesign is not in alpha or beta mode. It has been launched. It is in that sense GA, just not GA as we normally think of the term. If you have a better term for a managed rollout please let me know.

Update- saw a tweet from David Rosenberg today that stood up my argument with some benchmarking data. Apparently the margins only really kick in once a SaaS vendor reaches a $25m runrate….