Leisa came up with the term ambient intimacy for how we use social software in social networking. Its a snowball rolling downhill. A book deal and a blog renaming are surely a matter of time. She apparently rocked the house at Reboot. As apes we groomed each other – it made us closer. The mundane is powerful, the quotidian defines us. Do I care that you ate peas for dinner? Not really. But if you share a quick recipe I might appreciate it. Does anyone really want to live in a world where all we talk about is work? Where the only language we speak is that of the MBA? Me – I prefer a little monkey business, because play drives productivity. That’s ambient intimacy.

Earlier this week I went for lunch and networking time with Adrian Trenholm, Andy Piper, Andrew Reynolds and Mark Lloyd. I have a major todo item outstanding, which is to find some new office space. I decided to go for lunch and pool anyway. Within minutes of arriving Mark said I understand you’re looking for office space (I had said so on Twitter I think), and offered me a desk at his place in London Bridge. Outstanding! That’s ambient intimacy. Its not different from getting things done. Its part of getting things done. So here is a picture of me finding a new office, courtesy of roo. 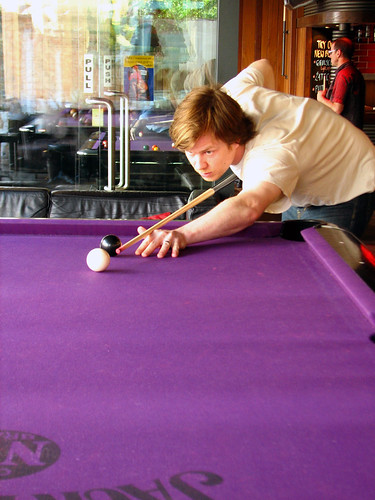