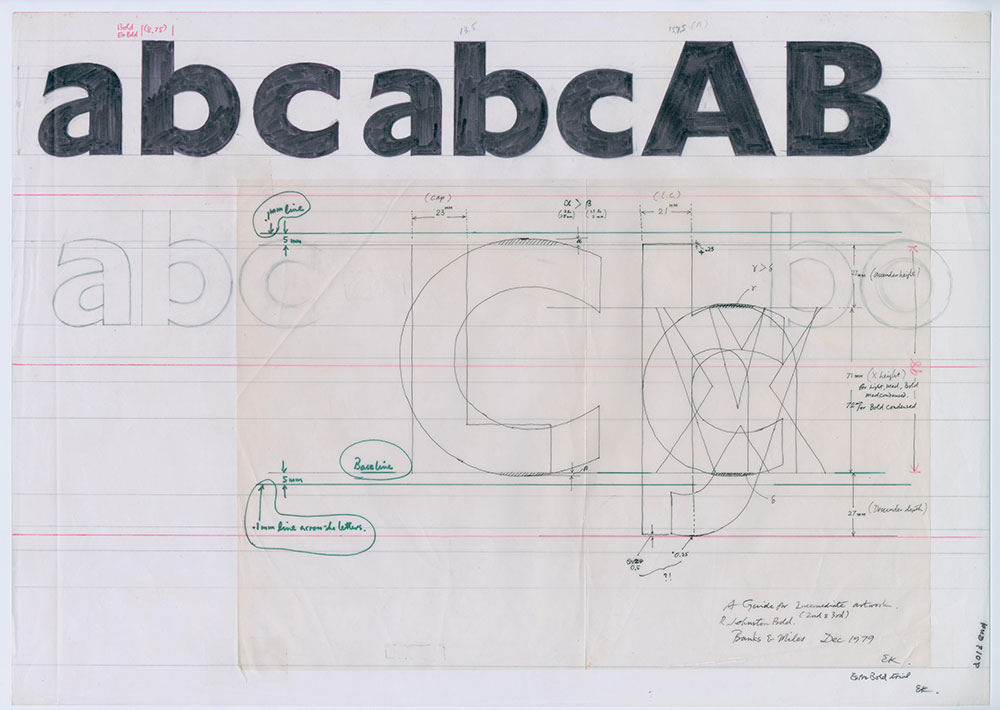 Today I came across a beautiful piece of writing – Dear Mr Johnston. A letter from Eiichi Kono to the designer of Johnston Sans, the famous London Underground typeface.

For those of us interested in the history of modern British industrial design Edward Johnston is the canon, alongside Frank Pick, Margaret Calvert & Jock Kinneir, and Milner Gray. But Kono is also a figure of note- having modernised Johnston Sans, the literally iconic typeface of the London Underground.

May I take the liberty of introducing myself so that I can bring you up to date on the fate of your typeface?

I am a graphic / type designer. I was born in Japan and some hundred years after your birth I came to England to study. Almost as soon as I arrived I came face to face with London’s iconic typeface. I learnt that you were commissioned in 1913 to design an alphabet for London Underground station name signs and that Johnston Sans immediately became the vital ingredient for many renowned London Underground posters as well as signs and notices.

Your well proportioned, unfussy, utilitarian letterform could be easily reproduced from a master sheet by draughtsmen, sign writers or designer-artists with ruling pens and brushes, set squares and compasses.

Kono proceeded to modernise Johnston, not quite bringing it up to date for the digital era, because that hadn’t arrived yet, but creating a typeface that made more sense from an industrial usage perspective as the Underground network grew.

So, in 1979, observing that London Transport was desperate, the graphic design company Banks & Miles offered to make master drawings reasonably quickly and cheaply as a trial, I suspect. This was the moment I came face to face with Johnston Sans again, this time in a very serious way, as the task was handed over to me, a trial perhaps for a novice who had just joined the company. You will not be surprised to learn that I took on this task with my ruling pens and brushes, set squares and compasses, although I did add other tools. 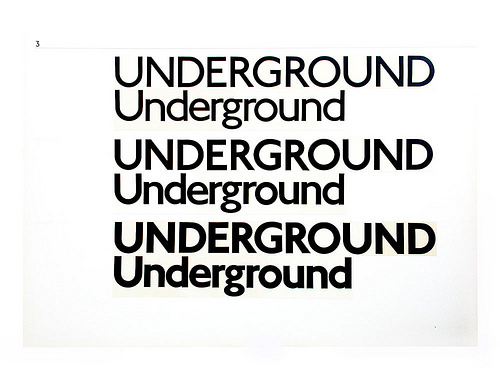 Nearly 1000 pieces of the final drawings were sent to the United States to be digitised for a computerised photocomposition system. Naturally, you will have no idea what this means, but I include this information as historical fact. In 1983, London Transport started using New Johnston, but I’m sure you would have observed that the letter spacing was awful. When DTP systems became the norm in the 1990s, Monotype corrected the spacing problem more or less at last, which was a relief.

And so we have New Johnston. I love the history of the piece, the weighting, the kerning of it, the layout of every word. I love the love letter from one era to another, the idea that craft can and will be sustained across generations, from one craftsperson to another, brought up in this case in another culture.

I was reminded of the interplay of culture, of how Shōji Hamada was influenced by Bernard Leach in creating the Hamada style of pottery. 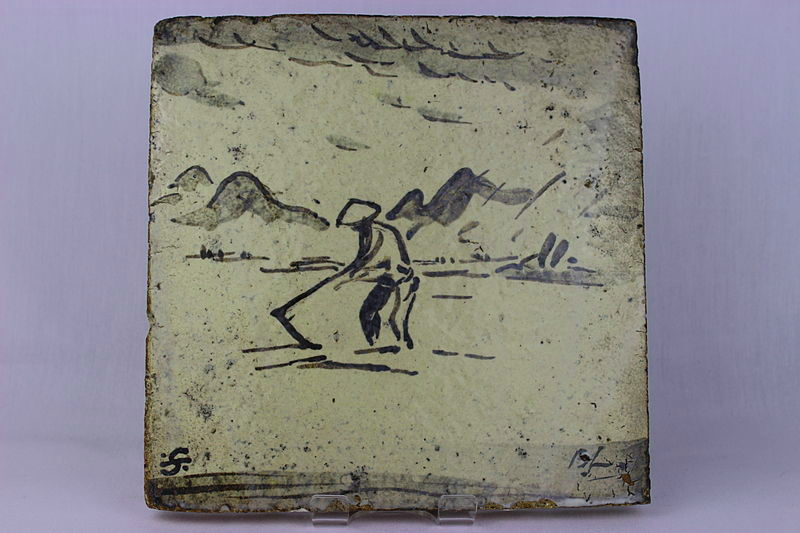 We sustain each other, we sustain craft. We create shared languages from culture to culture, generation to generation. What could be more exciting? For my event Monki Gras in 2014 we examined what is to Share Craft.

Curating Monki Gras is about inspiration. Everything drops out of the theme. The talks, the venue, the cuisine, the beer and soft drink choices, the design, and yes sometimes even the typeface. Tech as craft is the base theme that I have been riffing off since 2012.

The ideas of Sharing Craft across disciplines, Scaling Craft before consistency squeezes out quality, Nordic craft, a cultural vector we don’t give enough credit to in technology. For Nordic Craft, we had the creators of the Swedish national typeface come and talk about their inspiration and their work. How many tech conferences can you say that about?

This is Lagom: not too much, not too little, just enough, commissioned by Söderhavet, designed by Stefan Hattenbach. 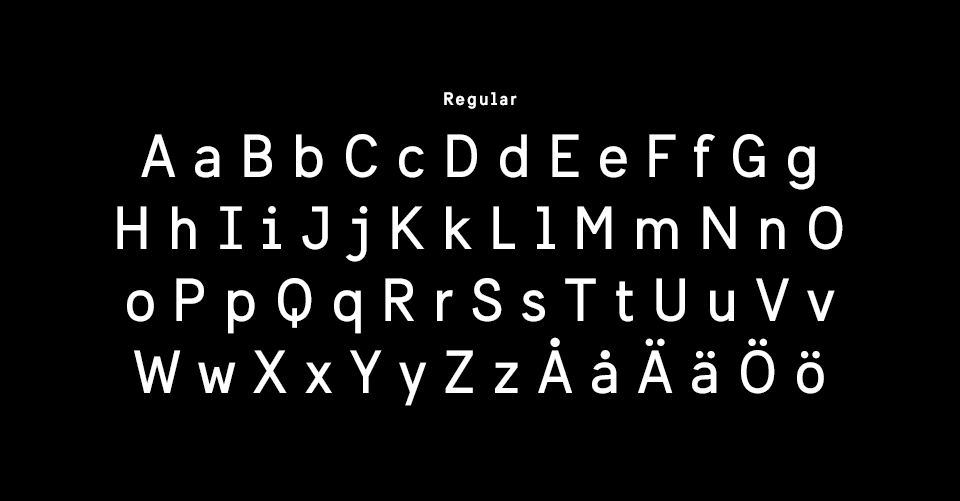 And now Sustaining the craft. In this incredible, funny talk from the last Monktoberfest Bryan Cantrill talks about the importance of the Oral Tradition in Software Engineering.

One of the most intriguing things about Monki Gras 2017, which examined Packaging, was that good documentation bubbled up as one of the core themes people wanted to engage more with. My community is interested in good docs WTF? But actually it makes perfect sense. How we sustain what we do, bring on new adherents, respect the people that will come after us to maintain the systems we build – That. Is. Important.

Of course sustaining craft is about more than tech. It’s about a choice of materials, it’s about business models, it’s about communities that last. That’s what I want to examine at Monki Gras 2018, and a lovely story about typefaces inspired me to tell you more. If you have a story about Sustaining Craft please let me know. I will opening the call for proposals shortly.

In the meantime though our event ThingMonk, in London in September, has an incredible agenda. You should join us for Developing the Digital Twin.

Bonus update- in case you’re wondering what Tube stations looked like pre-Johnston and design standardisation, check this out. 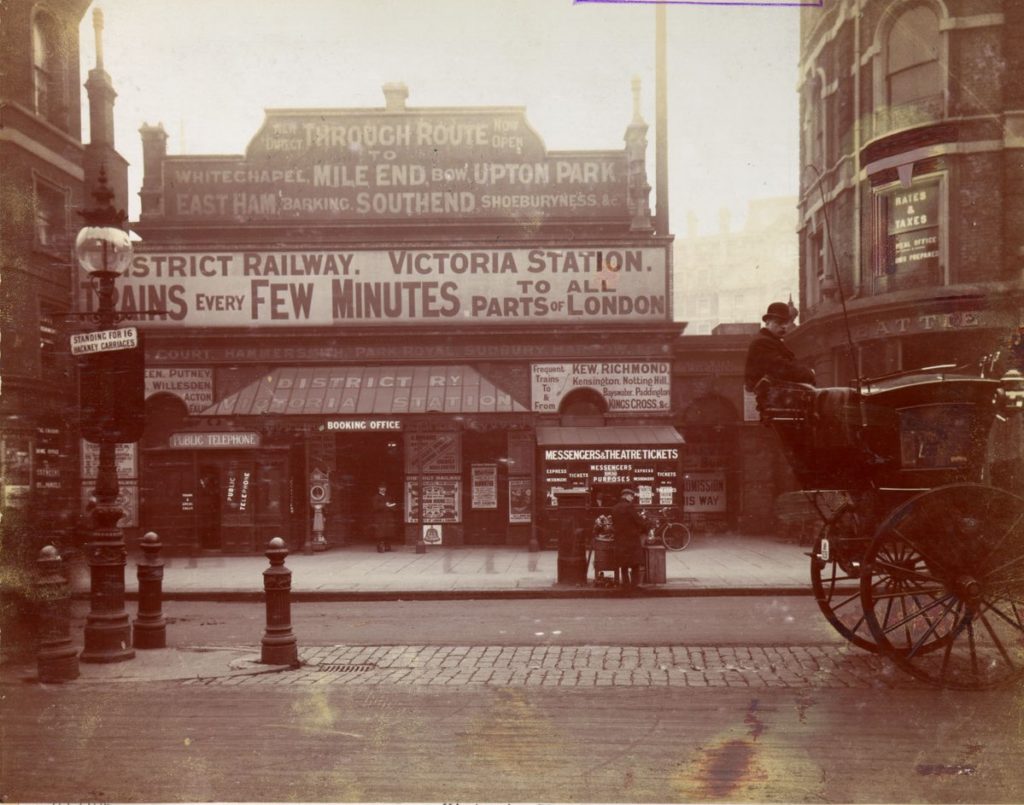 And to learn more definitely watch this. I haven’t had a chance yet, but it’s top of my list.

🇹️🇼️🇴️⬜🇹️🇾️🇵️🇪️🇸️ The Faces Of Britain. Now available on @BBCiPlayer https://t.co/e2BueSLX1L