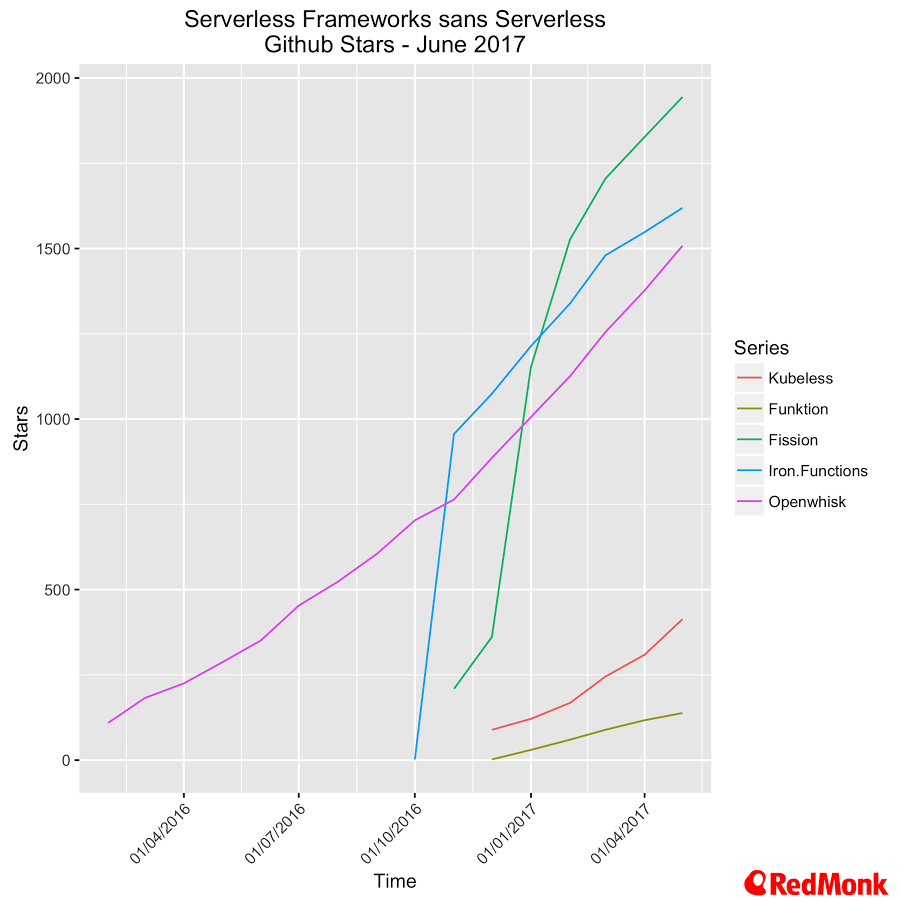 It’s way too early to say whether OpenWhisk, IBM’s open source serverless implementation, will be a breakthrough success. But the project has a few new proof points in place that it didn’t just a couple of months ago that are worth noting. One of the key issues with any open source project seeking commercial success is external partners and or contributors. Adobe took the decision to adopt OpenWhisk late last year but the news here is significant- Red Hat is now onboard.

Rich Sharples,Senior Director for Middleware Product Management at Red Hat was totally unambiguous about the company’s decision to adopt the framework.

“it became abundantly clear that, of the various open source technologies we evaluated, Apache OpenWhisk had the most advanced feature-set, was the most mature code-base and had the largest ecosystem of collaborators.”

This is kind of a big deal because one of the interesting futures for OpenWhisk is running on Kubernetes. Unlike other serverless platforms, portability was a goal from day one. Red Hat rewrote its OpenShift PaaS 3 times in 5 years and finally hit the sweet spot by building on Kubernetes. It is one of the few vendors now making dime in the K8s ecosystem. Enterprises want to adopt K8s, but they don’t want to deal with provisioning it and setting it up – they trust Red Hat to do that packaging job. IBM meanwhile is going all in on native K8s for its container services in Bluemix. K8s skills and tools will work unmodified in Bluemix. So with IBM and Red Hat on the case, and the K8s ecosystem having a ton of momentum the news is interesting with respect to OpenWhisk.

One interesting decision IBM has made with OpenWhisk is in the pricing model. It currently has just metric – Gigabyte/seconds. How much memory your code fragment users, and for how long.
The free tier up to is 400k Gigabyte/seconds.

IBM has some early customers doing more than 1m OpenWhisk activations on Bluemix a day – mainly for batch workloads, which are of course bread and butter for IBM. IBM has at least one bank using OpenWhisk for check clearing, doing all the image processing. Image processing is very much a hello world kind of app in the Serverless ecosystem, but check processing is an application with a more immediate revenue stream than most demos or media focused startups.

One interesting media app that is using Openwhisk is the Weather Gods IoS app, a cool looking interactive approach to weather information. One really intriguing aspect of that win is the fact that the back end, running on OpenWhisk is written in serverside Swift. Not a common use case, but a nice win for IBM having made the bet on Swift support.

SiteSpirit is a software consultancy which builds apps for a number of industries. It used OpenWhisk to create an app for uploading high gloss images for estate agent web sites. It was IBM’s first production customer, and was confident enough to go into production before IBM did.

AbiliSense is an assistant app to help people look after elder relatives in their own homes, using remote monitoring and machine tracking, to track for example whether they ate breakfast at the normal time. BigVu is a video editing app. GreenQ is building an app for the Internet of Garbage, monitoring rubbish collection to improve efficiency at the city level. it started on prem, but rewrote to take advantage of serverless infrastructure in order to allow it to scale as it looks outside the Israeli market.

The chart above shows solid growth in GitHub interest. While IronFunctions and Fission came out of the gates faster, they appear to be plateauing already, whereas OpenWhisk is still hitting its stride. Oracle hired key IronFunctions engineering staff, so we’ll see what happens there.

Before signing off it’s important to say a bit about what Serverless is good for. One of the issue with Openwhisk is that serverless makes most sense as an externality of running Web Scale operations. Spinning up containers super fast is a core competence for Amazon Web Services, but even with AWS Lambda latency can be an issue – it can be a big laggy. You wouldn’t necessarily want to build a gaming platform on it for example. But as event-driven glue code for AWS services Lambda hit an an absolute sweet spot. Lambda can be used for example very effectively in DevOps scenarios. It is great for cronjobs triggered by events. Devops is the gateway drug to AWS serverless. The more AWS services you use the more valuable Lambda is likely to be. Serverless is not really so much about new discrete Functions as a service as yet.

As the chart below shows, AWS is still crushing it. The Serverless framework primarily targets AWS and it’s growing considerably faster than OpenWhisk. Adobe, IBM, and Red Hat will need to establish compelling use cases based on event-driven inter-service integration of their own cloud APIs and services before adoption really kicks off. As yet Red Hat’s cloud services story is mainly partner-based although that’s set to change with OpenShift.io, a container-based development PaaS with an online IDE, integrated CI/CD etc.

While openness is an advantage in modern software adoption it doesn’t guarantee success. Serverless is at this point an adjunct to the success of Cloud Infrastructure and PaaS services, rather than a disruptive replacement for them, which is we’ll see Azure Functions take off, and likely some adoption of Google Cloud Functions.

A couple of significant industry partners and some production customers is not exactly blowing the doors off, but OpenWhisk is showing real progress. 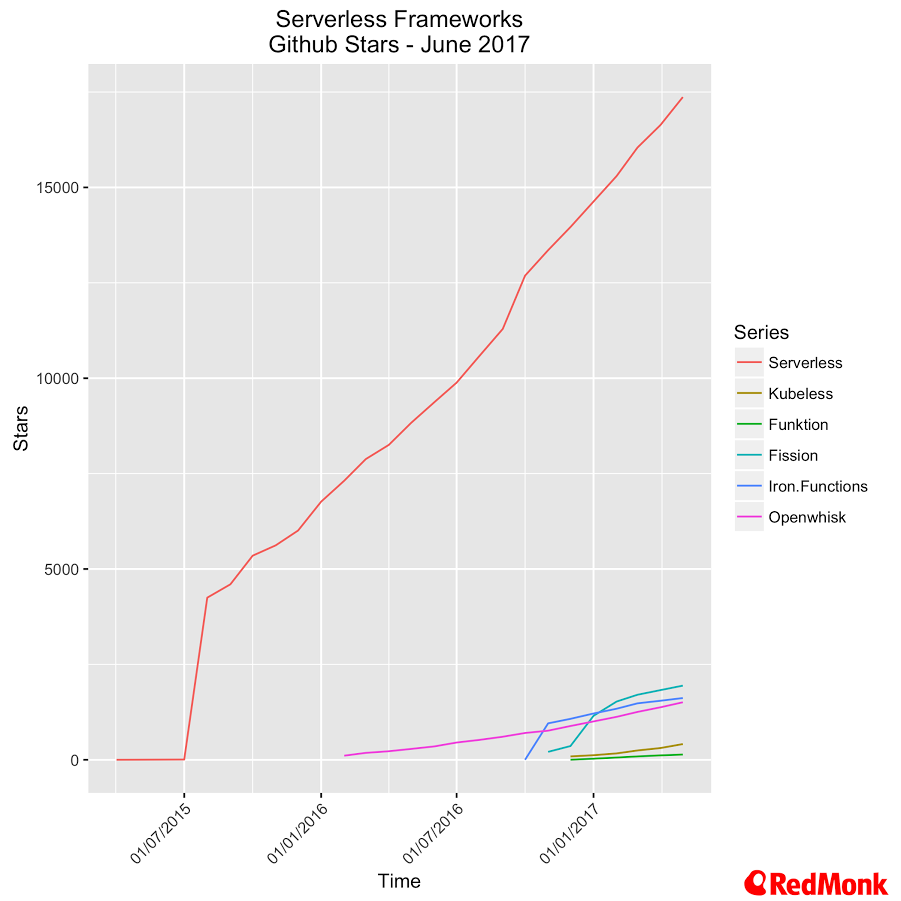 Google, IBM, Microsoft, Red Hat and Oracle are all clients.