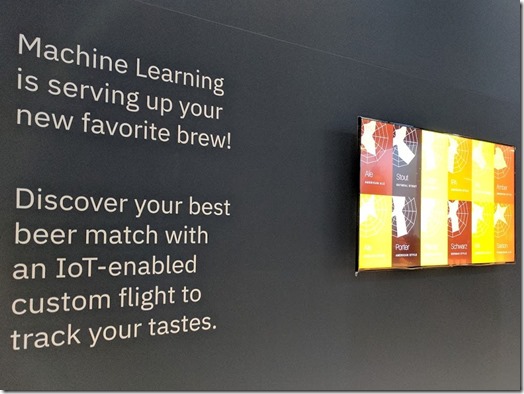 So data is the new natural resource, or as others would have it, the new oil. If data is a resource though, why don’t we know how much it’s worth?

While we’re historically pretty confident in pricing carbon assets, the fact we have completely discounted the damage we do in using them means that perhaps we’re not as good at assessing value as simple models would have us believe. Arguably we’re in a carbon bubble.

Assessing the value of data is a really hard problem. I have long argued that data, or the use of data, should be a balance sheet item. But valuing data is hard, and at the moment is neither an art nor a science.  And yet – the valuations of Facebook, Google and Amazon and latterly Uber are at least partly based on the data they hold about us, not just the products they currently sell. Certainly any brute attempt at a $ per Gigabyte is doomed to fail fast. Could it be that that we’re already in a data bubble of sorts?

Some assets that should be very expensive seemingly aren’t. I can go and buy a set of a million credit card details on the dark net for a few dollars. Even commercial valuations of user data are absurdly low. Companies sell our data surprisingly cheaply. The UK National Health Service essentially handed Google’s DeepMind subsidiary medical history data for millions of patients – including data about blood and HIV tests –with few of the normal controls in the hope that Google would find disease cures and drive better patient outcomes for kidney disease. This academic paper makes frightening reading in terms of the laxity of the approach. Don’t get me wrong – if I had suffered severe kidney trauma I probably would want DeepMind on the case. But apparently none of the patients in the study gave their consent.

So data is seemingly astonishingly cheap, but also incredibly valuable. It’s a strange paradox at the heart of the modern digital, data-driven economy. We talk a lot about open data, but in the early days of the Web when we said data wanted to be free, I don’t think we meant medical records.

Modern geopolitics, media and propaganda is also rich in this paradox of cheap data with massive perceived value – just look at the claims of Cambridge Analytica, and florid headlines in broadsheets such as Robert Mercer: the big data billionaire waging war on mainstream media. Then of course there is Palantir.

We need new strategies with dealing with The New Monopolists. As Blair Reeves writes:

“The figures about the overwhelming dominance of Google, Facebook, Apple and Amazon in their respective markets are far from irrelevant, of course, but let’s put them aside for a sec. What is more troubling is the amount of power that each company holds with its data. Google wields tremendous influence on nearly all touchpoints of every human being’s interaction with the internet. Facebook does too, and has the doubly pernicious effect of actively manipulating the attention of large swaths of the population — in order, say, to swing elections. Apple makes its own public policy about which companies to allow on its App Store and what data it will share upon legitimate requests from law enforcement. Amazon is both eating the entire retail industry and positioning itself as a fundamental part of the internet’s infrastructure.

In other words, the new monopolies won’t look like Standard Oil and U.S. Steel, so stop pattern-matching for them. Instead, the new monopolies of our current Gilded Age will rely on data, digital platforms and the seductive illusion of consumer choice.”

The bottom line is that we currently face huge and growing societal challenges based on the data value paradox. We need to start valuing data more effectively, individually, collectively, and organisationally. It is indeed a new resource class, which defines how we live and will live in the near future. Data is not just business. It is also economics. It is politics. The Data TransformationThe Data Transformation is societal. We need to build tools and frameworks that help citizens and consumers better understand its use and abuse. I am going to try and do a better job of covering and hopefully pushing the discussion and culture in the right direction.

Most importantly we need to start caring for one another more deeply and overcoming our differences, and I am really not sure how data helps with that.