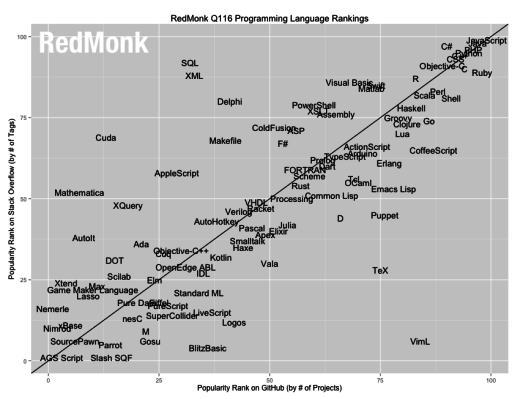 Java is Dead is Dead. It was fashionable for a while to comment on the idea Java has legs with a curt “oh no Java the language is dead but the JVM is decent”. The cool kids like Twitter were using Scala. But Java the language shows consistent ongoing strength. For data, Stephen just dropped our regular programming language rankings and Java is still very much a thing.

Today came news Typesafe is rebranding. A company built on the idea it could build a business around Scala will henceforth be called Lightbend, and is going after Java shops adopting microservices approaches with a new framework called Lagom – Swedish for “just enough”.

Lightbend is still about Reactive Applications, and will continue to develop in Scala, but it had to recognise that trying to replace Java outright was not going to work, no matter how productive its Play framework and Akka runtime toolkit could make developers.

I talked to Paul Krill at Infoworld about the news and said:

Analyst James Governor of RedMonk sees an opportunity for Lagom. “The Java community needs good tools for creating and managing microservices architectures,” he said. “Lagom is squarely aimed at that space.”

Lagom would compete with the Spring Boot application platform in some areas, according to Governor. “It is early days for Lagom, but the design points make sense,” he noted. Typesafe was focused on Scala, which was adopted in some industries, such as financial services, but never became mainstream, he argues. “So [the company now] is looking to take its experiences and tooling and make them more generally applicable with a Java-first strategy.