Firstly some semiotics – rather than a trip to Vegas or White Plains, NY, IBM had invited industry analysts to its new Astor Place facility in the East Village (just a few doors down from the Village Voice). The building is beautiful, staffed with people from the Watson team, but also IBM Design – which means a younger, hipper vibe than normal at an IBM facility, with tattoos and piercings. Also – you can get decent coffee nearby. Robert LeBlanc, who runs cloud for IBM, was even sporting a Valley Mullet (jacket, jeans combo) though he wasn’t wearing sneakers.

Further indications of change could be seen by the presence of Jesse Proudman, friend of Redmonk and founder of Blue Box Cloud, recently acquired by IBM. Jesse said the blue washing process (the acquisition process after you take the big blue pill) was surprisingly easy, and he was looking forward to dramatically accelerating data center rollouts globally. He also has some budget to run around and hire some fellow cloud natives, like Jill Jubinski and Tyler Britten, who both joined IBM in the last 2 weeks. I know he’s talking to some more (core engineering) talent, and we’ll hear more soon. 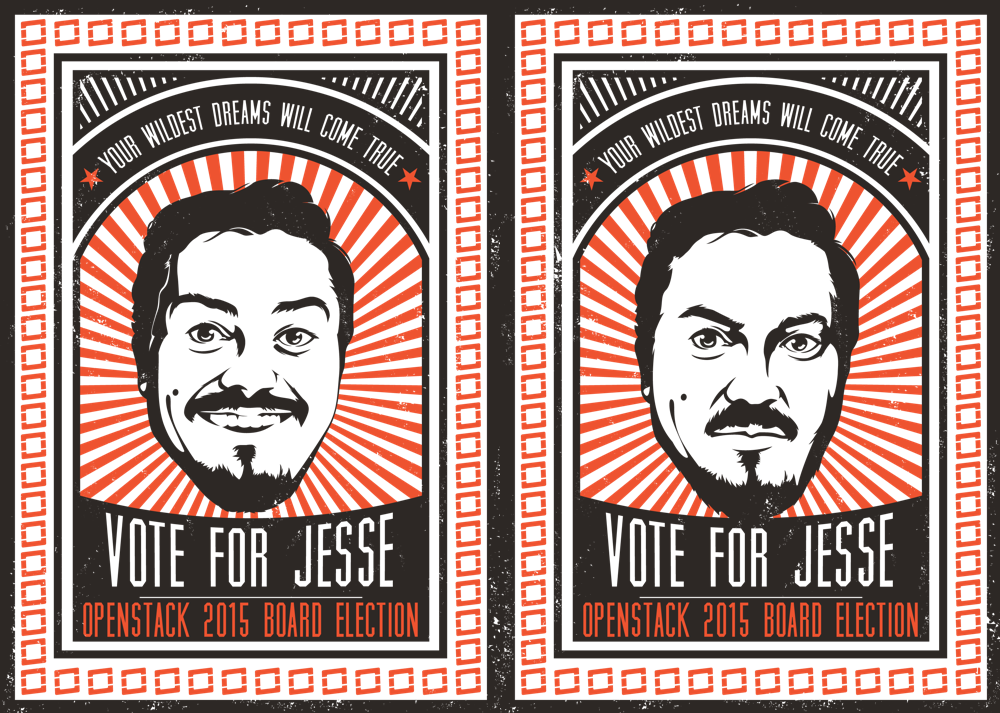 Blue Box builds OpenStack-based private clouds for customers than can be deployed on prem or off. But the company is also interesting because of its pre-Docker adoption of containers. It was already building a management stack designed for containers on Open Stack, rather than just VMs.

From the perspective of the tech hipster it’s easy to dismiss Openstack as something for old fuddy-duddies, but the thing about old fuddy-duddies is that they have budget. For now OpenStack is too many vendors chasing too few customers, but it will continue to shake out. IBM bought Bluebox. Cisco bought Piston. Oracle picked up the Nebula engineering team.

Why OpenStack? It’s the Infrastructure, Stupid. When everyone else in IT turned around one day and realised Amazon was going to eat their lunch just as surely as software was eating the world they had to do something about standardising and commoditising the infrastructure layers of the stack – storage, network and compute – in a topology that resembled Amazon’s own services, without directly aping them (Eucalyptus, acquired by HP, tried that route).

Enterprises generally want something solid and supported they can rely on, even if it isn’t “cool”.  But while OpenStack engineering was getting done, albeit somewhat slowly given all of the competing interesting involved, the industry got a notion they could simply leapfrog Amazon by moving up the stack – namely Platform as a Service, exemplified by Cloud Foundry, a Heroku knock off that you could run on prem or off. Marketing and strategy people got all excited about about PaaS. In IBM’s case this meant a deal to standardise on Cloud Foundry and a massive marketing campaign around its implementation, known as BlueMix.

The beauty of Cloud Foundry from a vendor perspective is that while the code is open source and portable, which gives customers the warm and fuzzies, the APIs exposed through may not be. It allows for some API-level lock-in (although good engineering and API choices can mitigate the issue in a cattle vs pets world) and data gravity (a potentially significant lock in in the longer term run). An IoT API for example might available in BlueMix but not Pivotal, for example. It’s easy to understand why IBM got excited about The New Middleware. So IBM and Pivotal are fighting it out for partner and API ecosystem dominance.

For PaaS though share of enterprise wallet remains unclear. Lots of POCs, not so much purchasing, barring some high scale exceptions. In the meantime, Amazon has continued to dramatically grow its business. Meanwhile – it’s easy to forget that Cloud Scale from a Cloud Native doesn’t automatically mean success in the cloud. It it did, Google would be number one.

But back to the Summit – IBM knows it has a lot of work to do. One reason I came away with a more positive impression of IBM’s strategy was the focus on Infrastructure. Jim Comfort, General Manager, GTS Cloud Development & Delivery, did a good job of talking up infrastructure issues, rather than BlueMix getting all of the attention. He talked about emerging customer topologies such as Scale Out Compute with Scale Out Storage, for example. Perhaps more importantly IBM was explicitly positioning to the effect that not all workloads are Cloud Native, 12-Factor etc. Enterprise developers are not used to building or running stateless apps.

So IBM offers Oracle in the Cloud. It signed the global deal to run cloud for SAP. One area it has some customres that hasn’t received enough is traditional Microsoft workloads shifted to the cloud. Amazon is making a killing there. Bottom line – IBM needed to give it’s infrastructure story more attention. In that sense job done. SoftLayer should not be a junior partner to BlueMix given infrastructure is the quickest potential route to volume.

Another important narrative that came through strongly from Don Rippert, GM Cloud strategy was the understanding that to Benjamin’s Black tweet above, the world has both stable layers and hipster layers, which evolve and degrade at different speeds. Sometimes a hipster stack becomes a stable layer. It is IBM’s job to ensure customers can use both where appropriate. The cloud business at scale is a packaging exercise. Because open source, not just for IBM but for everyone.

"our philosophy is not to invent the future but to integrate the future." zinger from @DJRippert. ibm cloud strategy. package all the things

IBM still has a huge amount of work to but the major reorg announced at the beginning of the year is beginning to bed in.