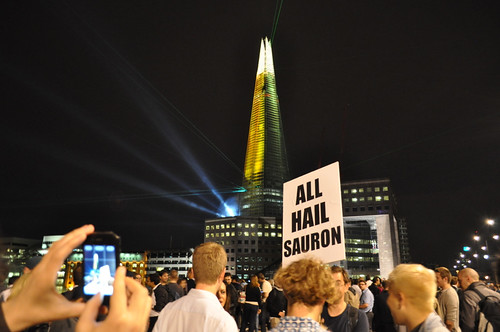 OpenStack was founded in July 2010, when Rackspace Hosting and NASA launched an open source project to support cloud computing services for storage, compute, block and object storage and so on. With the rise of Amazon Web Services as the defacto cloud standard, everyone else was desperate to get behind an alternative. OpenStack was the answer, and it immediately exploded. Everyone wanted in, which is not always a good thing.

OpenStack continues to evolve, but it hasn’t been clear who the winners would be. Last week one of the obvious prospects, IBM, significantly stepped up its play to “own” the standard. At IBM Pulse 2013 executives kept banging the drum for OpenStack. Wheras in 2012 IBM rhetoric was that devops was a combo of Tivoli and Rational, something dramatic had shifted in the interim.

Pulse this year seemed like an event marketing an open source stack first, IBM products second. IBM was in full market-making mode. And as RedMonk has said many times before, when IBM says a technology is ready for the enterprise, then by definition it is. What company has made more money out of Java and Linux than anyone else? IBM, in terms of surrounding services. HP had stolen an early lead in OpenStack, but IBM seems to have wrested it back. IBM is going to deprecate some of its technologies in favour of OpenStack.

Who else makes money from Java and Linux? Why Oracle of course. So this week it was interesting to hear that Oracle is acquiring Nimbula, a talented engineering company that recently announced it was going to take the OpenStack pill. On the news I tweeted:

The Eye of Sauron Turns Upon OpenStack. Oracle responds by acquiring Nimbula monk.ly/ZIzt8n

I have had some pushback. Saying Oracle was buying a team, buying a platform, was not going to adopt open source for cloud. But I suspect that I am right. Oracle won’t be able to make a proprietary cloud management play, but it will be able to make a solid product play to embrace OpenStack.

With respect to the Sauron reference, I was actually talking about IBM as Sauron. Not in terms of evil but in terms of the Unblinking IBM; when Big Blue sets its mind to something, it is remorseless. IBM and Oracle control Java in some respects, carving up the market between them. This could be a market that shapes up in similar ways.

All that said, if Oracle was anxious to nail OpenStack it might have made more sense to acquire, say, Piston Cloud. Perhaps that’s a deal for another week.

disclosure: IBM is a client.