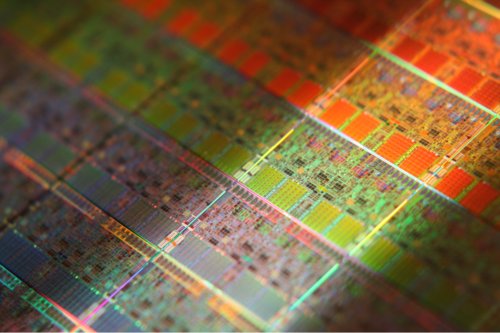 I have written about Software AG before – namely after the German firm announced it was acquiring process modeling firm IDS Scheer. Software AG is not exactly a household name, well except in those households running Adabas, but it has quite a portfolio – the marquee name for US readers is likely to be webMethods, which it acquired in 2007, but also of note are Infravio and The Mind Electric. The company’s recent acquisitions have been very much in the BPM meets XML vein – who needs coders when you have business analysts and highly configurable XML runtimes?

So it was interesting to see a press release from Software AG this morning which said it is acquiring Terracotta, a very different proposition – one based on writing code and scaling it. I know Terracotta pretty well, and its always been about post-Enterprise scale: the company began life as a project at walmart.com under its now CTO Ari Zilka. Ari was building Java apps designed to scale using network-attached memory back in 2003. Today distributed cache is a well understood concept – the idea being that with the right approach to garbage collection and memory management, with plenty of physical RAM in the system, Java apps can scale well beyond normal expectations. Distributed cache is well known enough to be seen as a “competitor” to NoSQL approaches. Both take load off the database – less database work generally means greater scalability.

Indeed I remember pitching Terracotta on the idea of an Offload Alliance – selling against relational – before NoSQL was fashionable.

One of the drawbacks of distributed cache as an approach is that it can mean application changes, or proprietary approaches outside the normal Java stack – that is a lack of transparency. Terracotta moved to solve the problem by acquiring the Apache-license ehcache, which is widely used by Java developers, and integrating that with its BigMemory tools.

The focus on physical memory is noteworthy because we have so much of it now. RAM is certainly a lot cheaper than it was in 2003.

Where am I going with this? Broadly speaking Terracotta has the makings of a interesting Platform As A Service (PaaS) – joining other models such as Cloud Foundry (my coverage here), Heroku (coverage) Red Hat etc.

According to the press release on the deal:

In memory is scorching hot right now. Software AG’s German competitor SAP is all about In Memory database in the shape of its HANA architecture. But while HANA is about analytics, Terracotta is all about homegrown applications and scaling code. The Java renaissance continues, and this deal seems a good indicator of same (see Stephen on the Rise and Fall and Rise of Java).

In terms of market for distributed cache or datagrid players see Oracle Coherence, IBM has eXtreme Scale, with smallers players such as Hazelcast (go Turkish developer guys!) or Gigaspaces.

So what does Ari Zilka say about the deal?

The good news for Software AG’s customers is that Terracotta’s snap-in performance and scale works equally well with packaged software such as WebMethods—enabling WebMethods customers to scale up with BigMemory and scale out with Ehcache—as it does for the direct integrations that many of our customers have done to-date. Software AG and Terracotta intend to bring a whole new level of cost-effective, massive scale to existing products in the portfolio.

We also intend to deliver more features faster for the Terracotta user community. Working to solve customer problems at Software AG’s scale will help us achieve another level of simplicity and performance. Our goal is to deliver petabyte-scale solutions.

And there’s another important benefit for customers from this acquisition: a better cloud. In addition to enhancing Software AG’s already-great products and accelerating Terracotta’s roadmap that much faster with more resources and more concentrated feedback, we also intend to embark on a new vision and strategy for cloud-enabled applications. Call it a stack, a platform, a service, or whatever you like. But rest assured, the enterprise application development community – whether you work in Java, .Net, or C++ – will soon have a powerful and exciting new option for building applications in the cloud. This new option will include the most scalable, widely used in-memory data store on the market today, Ehcache with BigMemory coupled to Terracotta Server Arrays.

Like I say – its all about the PaaS, where job one is attracting developers, and key to success is removing barriers to participation. It will be interesting to see whether or not Software AG gets enough of an open source injection from the deal to really change the culture in terms of customer base. The bar for open source PaaS, driven by developers, has been set awfully high by VMware. Everyone else needs to get inline. I suspect we’ll see more Github checkins sooner rather than later. Also interesting to see Ari already talking about apps outside Java. But then PaaS is increasingly looking like it has to be polyglot.