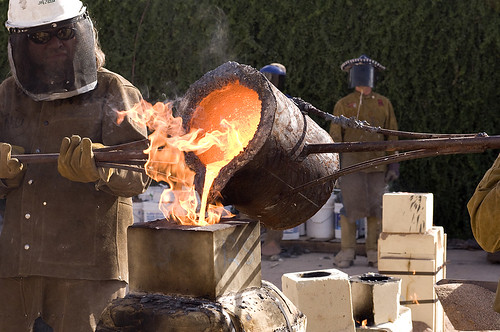 I have written before about Paul Maritz as the CEO of a major tech firm who agrees with RedMonk that Developers are the New Kingmakers. Well Paul came to London for an analyst briefing a couple of weeks ago, and there is more to report.

The fact Maritz runs VMware, a hugely successful business selling to IT operations, makes some of his public statements all the more surprising, and powerful. How often does a CEO tell his customers they are in some respects irrelevant?

“We have to align ourselves with developers because eventually developers trump IT. they get what they want”.

Maritz cited examples including Spring, Ruby, and latterly Node.js. At which point you’re probably thinking – what the hell is Node? For an answer to that question I suggest you read Why You Should Pay Attention to Node.Js by my colleague Stephen O’Grady.

The point Maritz was making is that a great deal of tech adoption is bottom up. In this vein RedMonk cites Linux as the canonical example of developer-led adoption.

Thing about Maritz is that his attention to detail is not just about operational matters. He goes deep. For one thing he understands that in the age of the distributed version control system forking can be a good thing, because it drives and accelerates innovation. Pretty much all living things support forking- deviation is how evolution happens.

So when VMware launched Cloud Foundry on Github, it wasn’t just to show off to the cool kids that hang out there- VMware explicitly wanted to see the code forked. You can count the major software company CEOs on one finger that understand this value. So VMware is certainly thinking different.

Open Source 1.0 counted download numbers as a measure of developer success. Open Source 2.0 on the other hand uses forks as the metric of traction.

“One measure of this response is what people are doing with the source code. Lots of developers are digging into the code to understand how the system works and making their own modifications, with over a hundred forks of the code base. And we’re especially impressed with the contributions already being made to the project.”

VMware is using Github at least partly because you can’t measure what you don’t cloud. Github is the feedback loop that allows for fork-based innovations to be repackaged alongsidce the main code base.

Early progress of the Cloud Foundry community is impressive. Within 2 weeks of launch the community had introduced support for three new languages.

The goal for Cloud Foundry is to have support for as many frameworks and languages as possible, so we are delighted to see these requests. In the case of Erlang, we have just completed acceptance of this pull request. For the other runtimes we are working with their authors to complete remaining tasks, test, and integration issues.”

When I first read this Community post I was impressed. But I was more impressed when Maritz, right off a redeye, named the three new languages in the mix.

So what is Cloud Foundry (for) exactly? Maritz explained:

“Over the last 5 years there has been a developer led revolt against complexity in the middleware space manifest in an ongoing firment around the new frameworks. The next generation platform is fundamentally oriented towards developer productivity, solving a different range of house-keeping problems – namely elastic scalability. If we were building a new operating system what problem would it solve, what problems need taking care of? What software will give us portability across different clouds?

The industry gave us linux to abstract away the server. Now the industry is abstracting away services; principally scaling services.”

“Its a self-service application execution engine, where you can choose your own frameworks and languages and to the best extent we can we’ll introspect the app and provide messaging, persistence and so on.”

Sounds like magic, right, but then the best software does. And when you have folks like Mark Lucovsky on the team magic is perhaps par for the course.

Its kind of weird actually. Just a couple of years ago I was in Cannes arguing hard with VMware that they needed an API story because it had had become an operating system by proxy and it was time to step up to developer led adoption. The answer then was that VMware would stick to its knitting. But then that was before Maritz took over.

Or as I just said on twitter: seems everyone finally ganged up on vmware just to see it levitate and fly over their heads #cloudfoundry

disclosure: VMware is a client