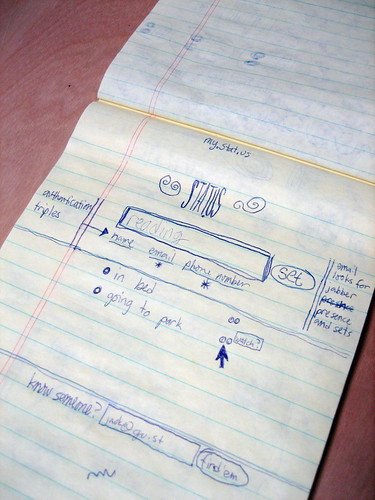 My good friend Robert Brook just wrote a pithy post on “prototyping“. He raises some interesting questions that chime with my own thinking. Let’s face it- Twitter is really just a prototype that happens to have 100m+ users. Prototypes are often quick and dirty, but that’s a good thing. The value of an app is a function of its immediate and future utility, not of an ROI projection.

Effective prototyping is essential for corporate pace layering of IT assets and governance. But if someone is telling you the prototype they want to build can’t actually be put into production well, that’s bait and switch isn’t it? Beware consultants bearing prototypes. If you have a good in-house development team on the other hand they will actually learn from building the prototype. And with any luck they’ll be able to put it into production. IT prototypes should not be like Concept Cars – but more like  a sketch that can be filled in, added to, and made into “the finished article”. A prototype should be more like a scaffold and less like a facade.

What I really like about the post however is that its about RedMonk’s base- the makers and doers. Robert says:

I’m more interested in tactics than strategy. Other people can do strategy – they certainly want to and they’re better at it than I am. My tactical interest in in tools, services and methods that support delivery. Actual things. Stuff.

RedMonk likes stuff too- and prototypes should be stuff, not nonsense.