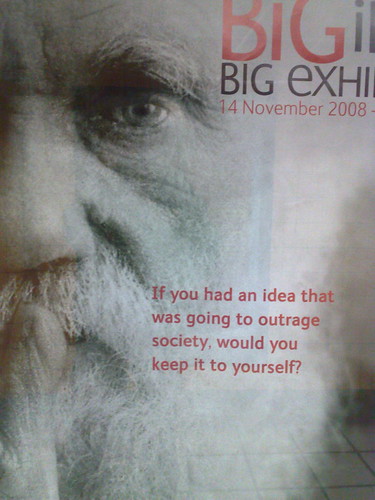 I wrote a post on Greenmonk this morning adding context to a story about Greenpeace chiding HP for “backsliding” on a commitment to remove PVC and BFR from its electronic equipment this year. The issue being, HP said it never made the such a strong commitment in the first place.

Something has been bothering me all day about this: the danger is that if we slam companies too hard for making sustainability commitments they don’t manage to keep then they might avoid putting forward audacious goals at all. The danger is that environmental reporting goes the way of financial reporting – which is all about managing analyst expectations rather than truly reflecting the state of the business. Be conservative about the numbers so you can beat them- that’s the GE Way. But massaging figures to look good has a rather more unpleasant corollary- fraud.

We’re already effectively defrauding the planet by not accounting for environmental damage and degradation on our balance sheets. If environmentalism is reduced to a PR-driven quarter over quarter “continuous improvement” then we’re really screwed. Of course we should hold public statements by companies and governments up to scrutiny, but we should rate organisations on what they do than rather than on what they say.

Greenpeace may see things differently – thus Apple was applauded this quarter for a new advert about “the green credentials of its Macbook“, whereas others might just call greenwash! (especially given Greenpeace is historically quite critical of Apple).

I want to see the likes of HP make big bold predictions about sustainability. Without big goals after all we won’t make progress. Its important we don’t stymie debates by making corporations too scared to fail. Sustainability is going to have some switchbacks. Progress is never linear. Corporations need to be able to discuss sustainability goals in public without being completely slammed for not meeting them. Once again- lets not make the mistakes of financial reporting.