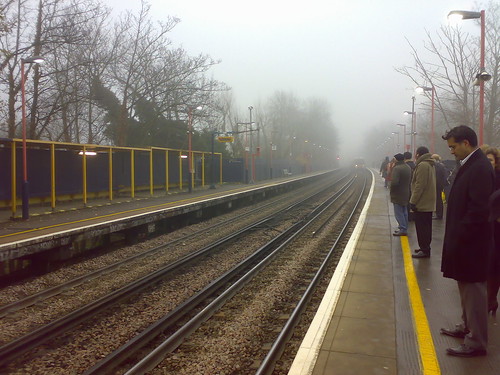 I was reading an interesting post today by Rory Cellan-Jones about National Rail Inquiries decision to cut off a free service and replace it with its own for pay version. If you asked Cote he might just say that’s the way the wind is blowing – fee is the new free – The Return of Paying for Software.

But the rail example is troubling because it gets it wrong. The company is not selling software, its providing information for customers. The genius of Web 2.0 is that its about learning from people based on how they use a service. By offering a mobile application National Rail Inquiries can glean all kinds of interesting demographic information about how people plan their journeys; where and when they do do. Frankly that information has to be worth 4 quid a year. The better play would be to offer free access, but act on the information.

Rory then wonders whether Information should not be free, after all, which brings us to the New York Times. I like the New York Times a lot. Its a solid editorial product with excellent reviews, and normally it chimes with my way of seeing the world. What it is not however is a completely trusted source. It lost that role during the Jayson Blair and Judith Miller debacles. So to come across this line in Rory’s story from New York Times editor Bill Keller struck me as a bitter irony.

“Really good information, often extracted from reluctant sources, truth-tested, organized, and explained – that stuff wants to be paid for.”

Sure I would pay for that. But I don’t trust the New York Times to give it to me. Trust is the keyword.

I used to be a journalist. I saw the rise of the press release story, which corresponded inversely with the end of the long lunch. Take the daily newspapers and read them all. They all have the same stories. Its one reason I got out: no time for research, to find those reluctant sources.

So I would say to Rory that the killer issue is not that editors and journalists made the mistake of thinking Information Wants To Be Free, but rather they failed to realise that customers wanted better journalism. [problem with this argument- the utter shite that people choose to read and watch ie FOX News].

Its no good acting like things are like they used to be. They aren’t. Newsrooms are decimated. Research is a dirty word. Half the time these days its clear a reporter hasn’t even Googled an issue before writing the story.