Unlike Stephen I didn’t have to get up at 6:45am yesterday. But it was still a stunning, busy day. In case you were underground yesterday BEA shareholders accepted a revised offer from Oracle and Sun announced its plans to buy MySQL.

Not much going on then. We used Twitter to decide who covered what – I got BEA Oracle, but it seems Cote also had some thoughts in that respect.

The big question more broadly here is how Oracle will either: (a.) use BEA’s technologies to finish out Fusion, or use them at all, (b.) consolidate portal and workflow product lines, if at all. That is, there’s a lot of (from the outside) duplication between BEA’s and Oracle’s product lines; Oracle has shown that it doesn’t go around just knocking out old product lines (probably a good move, despite the easy put-down this brings from the architectural peanut gallery); so how’re they going to handle consolidating those product lines?

BEA for Business As Usual, Money in The Bank

In some respects the Oracle BEA isn’t that disruptive. It may disrupt customer operations a little bit as implications are parsed, and it may disrupt Oracle’s already straining digestive system, but the industry after the deal is much as it was before, though more concentrated. That said – IBM and SAP now face a far more formidable competitor. Where Oracle Fusion has hitherto been was a work in progress, a vision of the future, and in many respects not much more than a placeholder for a consolidated business, BEA’s middleware arsenal is widely deployed and mature.

Or as Stephen put me putting it:

“BEA is very much the traditional software model, while MySQL is more the upstart, disruptor.”

“It’s weird that the world values BEA at eight times higher than MySQL.”

Tim evidently hasn’t looked at BEA’s revenue statements. MySQL is private so it doesnt need to publicly report annual revenues but as Stephen said: “One analyst on this morning’s call estimated $60-80M”. BEA on the other hand reports more than $60m in profits per quarter. BEA means cash in the bank – and as Oracle has shown over the past couple of years- it is excellent at the business enginering which turns license and service revenues into reported growth. It has repeatedly confounded skeptics on that score, generally outperforming in terms of numbers. Under the covers however Oracle is more federated than ever. In order to keep costs down and margins up it will need to drive some portfolio rationalisation going forward. But not so much that it loses customers.

Verticals Markets: Telcos are The Charm

Oracle has long sought a dominant position in the telco market and invested accordingly, but with only patchy success. purchasing BEA however knocks IBM into a distant second place in the markets for both next generation OSS and service delivery platforms – both of which are currently seeing considerable capital expenditure.

Oracle also gains a far stronger presence in financial services, a market that proved surprisingly hard to crack. Many banks still use Sybase and Informix. WebLogic is often found alongside these databases. God knows where banks are going to find money to invest in technology however, as they struggle for survival in the face of deteriorating credit conditions.

A Match Made In A Matchbox

Culturally BEA and Oracle are a surprisingly good fit. Both BEA and Oracle have an arrogance borne of success, which some outsiders find off-putting. They are clearly in business to win customers, not friends. Both firms strongly believe in top down command and control management structures. Both have been built on merger and acquisition activity. Both share a visceral dislike of IBM. Oracle however still basically owns the enterprise relational database market, wheras IBM has done a solid job of competing with BEA in application servers. Neither firm appears to be entirely comfortable with all the new-fangled Enterprise 2.0 stuff though. Certainly not when collaboration crosses corporate boundaries.

Oracle is better at competing with IBM than BEA. And it now can really step that competition up. The SOA market now has two clear leaders- Oracle and IBM. SAP isn’t even in the game.

I Eat Cannibal, Feed on Oracle 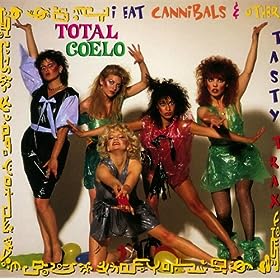 Who eats who in the dog eat dog world of the post-merger integration? That is a crucial question. But before considering Oracle’s plans for BEA we should consider what’s been going on in within BEA itself.

BEA, since its acquisition of Plumtree, has been in autophagy mode. CTO Mark Carges has led the charge which has seen Aqualogic revenues strongly grow, while WebLogic revenues begin to drop off. The Application Server business ain’t what it used to be. Apache and JBoss effectively killled off the high margin Java Enterprise Edition (JEE) game, and now we’re seeing developers dragging the market towards other technologies such as Ruby On Rails. XML interoperability has made the kind of portability Java promised far less important.

BEA really had no choice but to go through a renewal, but this kind of refresh is never painless. The Aqualogic service bus business has been growing nicely, and Oracle will want to tap into that, merging process management technologies from its own Collaxa acquisition with the BEA ESB story.

Next steps for Oracle? Invest in SOA management – we could well see the purchase of players such as Amberpoint and SOA Software. But under the covers we can expect hand to hand combat, sudden management changes and so on. WebLogic should finally kill off the Oracle Application Server.

In development tooling things are pretty ugly, given the ongoing commitment to Oracle’s own JDeveloper toolset, although the fact Oracle and BEA both also build to Eclipse should make for easier integration in that respect. As Cote noted– a big winner could be OSGi, which allows for far more dynamic middleware stacks. But in terms of technology choices in the longer run I think Erik Bengtson pretty much nails it in his comment on the story at InfoQ:

Even the venerable Tuxedo message broker could do well out of the deal. Tuxedo, like IBM’s venerable IMS and CICs transaction processing platforms, has been growing – notably in Asia, where massive scale is required to deal with bigger populations. BEA has recently refreshed the Tuxedo platform and Oracle would do well to take a close look at the business before thinking about dismantling it.

The title of this piece talks to the implications of the deal. Oracle is continuing its agressive drive to consolidate high margin software licenses and customers. BEA customers really do have a strong commitment to its middleware products. As long as Oracle doesn’t try to kill that golden goose the money should keep rolling in. One factor that has held back some recent BEA deals is concern about its future. That future is now decided. I would not be at all surprised to see fairly significant license growth in the relatively short term.

For IBM and SAP the news isn’t great.

For customers on the other hand the story is arguably pretty good. Oracle learned from its PeopleSoft and Siebel acquisitions that customers want to move a lot more slowly than it does. New opportunities now exist for negotiations on licenses, playing off Oracle against IBM and SAP.

For Microsoft its pretty much business as usual-these are somewhat different markets. Talking of Microsoft, the EU has been awfully quiet about the acquisition- it could yet throw its oar in.

IBM and SAP are customers. BEA and Oracle are not, though we have done some work with both firms.