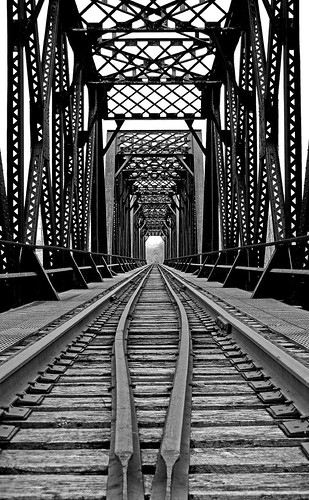 When he wrote the Tipping Point Malcom Gladwell introduced a new lexicon – ideas spread, he said, through Mavens (those in the know that like to share the fruit), Salespeople (those with the mutant sales gene) and Connectors (those that only need to meet someone once to make them a friend for life). It struck me powerfully at the time- what about people that combined one or more of those characters, how powerful were they, and would they become as agents of change in a digitally connected world where they had tools designed to amplify their natural skills.

Blogging has introduced many maven/salesman/connector mashup people to the world- Scoble is the most obvious example. He may not be the most knowledgeable, or the best salesman, or the most connected guy out there- but as a “treefer” he is pretty damned impressive, and undeniably a powerful influencer. One of the most interesting aspects of Scoble 2.0 (when he was at Microsoft, he is on the 3.0 version now) was the bridge-building role he played. He bridged the outside world to Microsoft, he bridged Web 2.0 to Microsoft, he even bridged ethics to the Corporation in an act of real courage.

Bridges are more interactive than windows, but less complex than cafés. They’re usually the project of a single blogger, or a small group of authors. Bridge bloggers write for an audience outside their everyday reality – for instance, when Ory Okolloh writes about corruption in Kenya, reaching family at home and readers at Harvard, she is bridge blogging.

Scoble helped to make Microsoft some more human again. He is not alone. We have an artist of the porous membrane in Hugh.

Never mind objects of sociability, I am talking about people of digitally enhanced sociability, people that know how to work ambient intimacy and have enough domain knowledge to really make it count.

When Andy Piper from IBM asked for help today with a new strapline it seemed natural to suggest he call himself a bridge-builder. Why so? For me the incredible thing about Andy and his role at IBM is that he lives in two, at first glance mutually exclusive worlds. One week he is going to some cool Web 2.0 conference, the next three weeks he is up in Edinburgh at a customer site configuring a high end IBM Unix server to deploy a WebSphere Message Broker-based integration architecture. Andy is not a specialist, he is a synthesiser.

Social bridge-builders. All great brands should have them. I see Thomas Otter (SAP Human Resources meets Flob and the ecosystem) and Craig Cmehil (“next time I go first to the community“).

The world needs bridge-builders. People that can span development and design, design and build, build and market. Sometimes the spanning role is internal, rather than external. Check Irving WB.

Specialism is a good thing, but its not the only thing. Do you know any good bridge-builders? If you don’t, find some and hire them.

picture courtesy of paul_everett82.
IBM and SAP are clients.