Twitter is the conversation. David Weinberger gets it right enough.

One of the themes coming through loud and clear in the twitterverse is that many of us are a bit jaded about blogging. Marshall Kirkpatrick wants to Twitter instead of blogging. The move onto the next bright and shiny thing is partly a result of our ADD and caffeine over-consumption, but its also a facet of attention management and our attempt to keep everything together. Twitter offers a different, more conversational, mode of discourse from blogging, its not like choosing one email client over another. .

I long ago came to the conclusion its impossible to truly engage with more than 200 bloggers. That, after all, is the size of a village, and the natural limit to our legacy brains, unaccustomed as they are to the I/O requirements of the utterly connected age. That is I think Malcolm Gladwell (and his source material) was right on the money in The Tipping Point. Get past 200 people and you’re only giving them partial, not real attention. Here is Dave Pollard on W.L Gore Associates:

“The Power of Small Teams: Gore tries to keep its teams small (and caps even its manufacturing plants at 200 people). That way, everyone can get to know one another and work together with minimal rules, as though they were a task force tackling a crisis.

No Ranks, No Titles, No Bosses: Associates (employees) select mentors, they don’t have bosses. Associates decide for themselves what new commitments to take on. Committees evaluate an associate’s contribution and decide on compensation. There are no standardized job descriptions or categories.

Make Time for Face Time: There’s no hierarchical chain of command; anyone in the company can talk to anyone else. Gore discourages memos and prefers in-person communication to email.

I have been pondering burstiness vs busyness lately. In my heart I know I can only truly engage with 200 bloggers and yet… I am subscribed to upwards of 500 feeds. I literally can’t keep up with all of them. Even with triage its hard to read all the must reads. There is just too much quality out there.

With Twitter I can get up to date with my network in less than half an hour – the beauty of the 140 character limit for messages. One of Kathy’s last posts before some thugs scared her off the blogosphere argued that Twitter was Too Good. I am more aligned with Tara Hunt and Lisa Reichelt (Ambient Intimacy).

What am I saying? Twitter is taking off like wildfire. Not just in terms of the users, but also developers. I can’t think of an API that has been faster adopted. We’re talking RSS-style virality. I don’t want to put a dollar figure on Twitter, based on users or something. That is not my point about the value of the service. Rather I just want to emphasize that Twitter is where the action is. There is so much desire, connection, recommendation, pushback, and analysis there. But its very natural. People aren’t twittering to become famous. Well most people aren’t. I said this morning that Twitter is like walking to school with your friends and hanging out, while reading blogs is reading their homework. If I was a marketer I know which place I would want to infiltrate… I am pretty sure text-ads will come to Twitter sooner or later, and when they do, the revenue opportunities are going to be explosive. I guess Google or someone else will buy them by then.

Finally a word to a naysayer. Dennis Howlett was over from Spain and we had a really nice drink. Denn thinks Twitter is a complete waste of time. He certainly seemed to enjoy the company though, all of whom responded to a tweet. If anything is a situational application its Twitter. There is value there, so there will be money there. But I am more interested in people than money. Its a pathology of mine. Stephen’s too 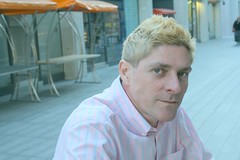 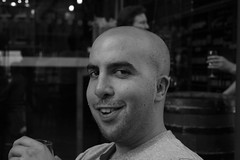 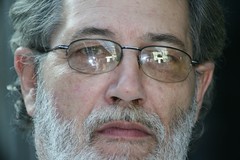 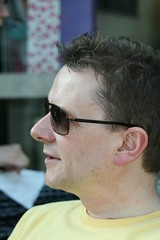 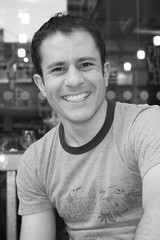