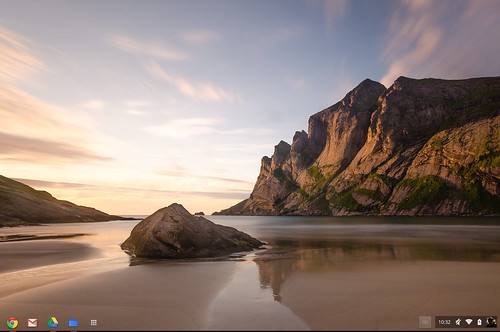 Tl;dr: I liked the Pixel, but don’t recommend it at the price.

If I’m being honest, my first reaction to the news at Google I/O that we were getting a Pixel was apathy. Having been part of the original CR-48 release, and having received a Samsung Chromebook at a previous I/O, I was familiar with the idea behind the Chromebook – I just didn’t like it.

Because I spend most of my time, particularly my workday, in the browser, a computer that only runs a browser is theoretically viable for me. There are a few things I can’t do – like sync my Fitbit Flex, or use RStudio and Sublime Text – but with most of my media accessible via interfaces like Google Music and Plex, for example, life without a desktop is not hugely problematic for my usage.

But the devices themselves were singularly uninspiring. And in an age of sleek, elegantly designed hardware either made by Apple or designed to compete with it, that’s a problem. A problem the Pixel was almost certainly intended to address, or help address.

If Google set out to create a benchmark, one for its Chromebook-building hardware partners to shoot for, it has succeeded. The Pixel is a very well designed machine, one that’s equal parts form and function. The form is a matte gray square slab of a machine, broken up by a thin, Cylon-like status bar that glows blue during usage and the Chrome rainbow at shutdown. Fittingly, in a machine aimed at least in part at developers, the status bar is programmatically manipulable. The display more or less lifts with one finger, exposing a backlit keyboard mostly distinguished by its lower case letters and the omission of a caps lock key (it’s replaced by search).

Overall, it’s not Apple, but it’s definitely a premium design.

Functionally, everything comes down to the display, which is every bit as impressive as you’ve heard. With a greater pixel density than even the Retina MacBook Pros, it can make even Apple’s flagship laptop “look like crap.” The bigger problem, as a caveat for those considering the machine, is that it makes non-Retina displays – such as the one on my MacBook Air – look even worse than crap. After having studiously avoided seeing Retina-style displays for fear of having them destroy my appreciation of the majority of my devices which don’t possess Retina-level displays, the Pixel has basically done what I feared it might: it’s ruined them all. Beware, then, what the Pixel will do to your other devices. In the meantime, be sure to watch live sports on it. Like so. 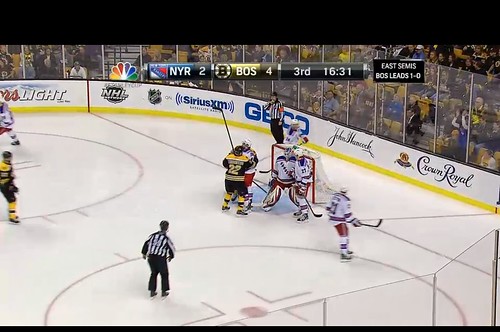 Many have asked about the touchscreen-nature of the display, but to be honest, I don’t really use it all that much. It’s cool to demonstrate, but the only application I really use in touchscreen fashion is Google Maps. Very few other web applications have adapted for desktop touchscreens, limiting the appeal. This will undoubtedly change over time, but for now, the touchscreen is like coverflow – a beautiful and impressive, but mostly useless, feature.

When the Pixel was released, I thought it was too heavy. It is. It’s over a pound heavier than my 11” MBA, and almost a half a pound heavier than the 13”. That might not seem like much, but when you travel with any frequency, it adds up. And considering that the Pixel can’t compete with highly portable devices like tablets by offering the ability to us, say, Microsoft Office as a Mac or Windows laptop could and the problem becomes more acute.

In my case, I briefly considered bringing the Pixel instead of my MBA on my trip out to Gluecon in Denver last week, but discarded the idea simply due to the weight. It simply wasn’t worth it.

In terms of usage, the Pixel is much more laptop-like than previous Chromebooks I’ve tested. Google has abandoned, apparently, the browser-only UI conceit in favor of a more traditional
operating system type experience, even down the background with selectable wallpaper (all of a sufficiently high resolution to show off the display, of course). This is a good decision, in my opinion, as it makes the total experience less jarring. True, the only application you can run (essentially) is a browser, but it’s not as in your face as with Chromebooks where the entire UI consists of a browser window.

Compared to previous editions, then, the Pixel feels much more like using a traditional operating system – albeit at a much higher resolution. And for those of you, like me, that spend the majority of your time operating within the context of a browser, it really won’t feel that different at all.

When I first began using the Chromebook, the performance was surprisingly poor. Like the first edition of the MacBook Air, which was memory-starved, the Chromebook would constantly idle neglected tabs, forcing a reload. This is inconvenient when you’re trying to use applications like Gmail – no one wants to reload that interface every time you switch back to the tab – but it’s a killer with streaming media. Whether it was Google Music or Pandora, the Pixel would eventually kill the tab, and thus the music, until the page was reloaded. And this was with a very manageable number – ten or less – of tabs open.

At first I suspected, like the original MBA, that this was a memory issue. But Wikipedia claimed that the Pixel was built with 4 GB of memory. How a modern machine with 4 GB of RAM running nothing but a browser could be perpetually so low on memory was a mystery, but eventually I discovered a setting in about:flags called “Don’t discard tabs.” Once that switch was flipped, the experience improved dramatically.

Otherwise the experience has been mostly painless. The Netflix plugin worked initially but has not since, and intermittent errors regarding the Google Drive “client” pop up, but in general the machine works without issue.

At its pricepoint, it’s not entirely clear who the audience for the Pixel is. Certainly it is more than adequate for those who exist mostly in a browser based environment, and the overall experience is impressive enough that it may widen that audience. This resolution coupled with an operating system-like interface makes the Pixel far more accessible than previous Chromebook iterations.

But the price generally precludes it from being part of general usage conversations.

The Pixel has absolutely exceeded my expectations – destroyed them, in fact. Against long odds, it has become the first laptop I reach for when I’m at home, taking over that role from my MBA thanks to the advantage it has in display quality.

But I cannot recommend the device to others simply because of the price. At a list price of $1499 – the version I have comes with on-board LTE – it’s simply too expensive for a machine of its type. If cost is no object, than the Pixel is a marvelous machine for a wide range of tasks, but for the cost it would have to be either much lighter in weight or substantially more capable. I’m very happy to have one, but if mine were to be lost or stolen, I would not spend $1500 to replace it. I’d want to, because the screen is that good, but I would not be able to justify the cost.

As prices inevitably come down, however, particularly for displays, pay very close attention. Google’s close to delivering the kind of experience that will begin to make Chromebooks a realistic laptop replacement. Which should make things interesting.

The Ugly
* Price is just too high