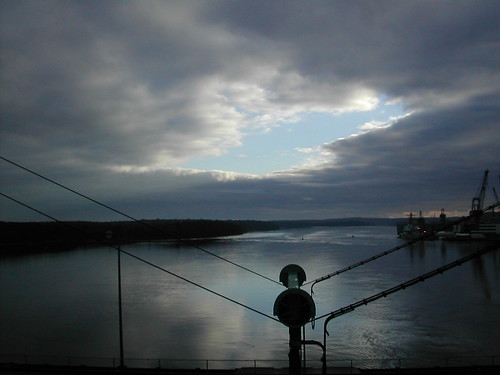 At this point, there’s a real chance that “cloud” becomes as misused a term as “SOA.” Which would be a crying shame, because the cloud – to me – is profoundly transformative; one that is universally more pertinent than SOA ever could be. But given that neither I nor Dell is legally permitted to regulate usage of the term, I suppose I will leave cloud to its fate.

Whatever we may call the set of disparate technologies that are collectively – and often, mistakenly – referred to as cloud computing, the impact has been undeniable. Look no further than vendor budgets for cloud related hiring, marketing, staffing. Firms large and small are furiously pivoting to reposition themselves for what could be a sea change in the way that development, deployment and management are done.

Which is as it should be. Because whether we’re talking about the traditional external clouds that have come to characterize, or the private and semi-private clouds that vendors envision for the future, clouds are an increasingly viable, even critical, deployment paradigm.

There are a multitude of potential problems, to be sure: Tim’s piece this week on lockin echoes the concerns that I have had that have led to both talk (1, 2) and action (ping me for details) on the question of standards.

However that question is resolved or not resolved, I remain convinced that the forecast ahead is cloudy. I am more convinced than ever, in fact. While it’s possible to debate the root cause of the worldwide financial crisis, the fact that it will affect technology spending and decision making cannot be argued. Not least because it already has.

As we move forward, I expect the cloud to be something of a beneficiary of the economic meltdown. For the following five reasons:

Tim is correct when he says:

We haven’t quite figured out the architectural sweet spot for cloud platforms. Is it Amazon’s EC2/S3 “Naked virtual whitebox” model? Is it a Platform-as-a-service flavor like Google App Engine? We just don’t know yet; stay tuned.

But with that said, I personally don’t consider this solely a problem. The offerings differ, often significantly, when compared on the axes of “Control of Environment” and “Effort to Scale,” but there are, as always, different tools for different jobs. There are those deploying to Amazon for whom App Engine would be a non-starter, and vice versa. These distinct, and generally incompatible, architectural approaches doubtless present challenges to customers from a lockin or standardization perspective, which I assume is Tim’s concern. But conversely they do offer customers some choice and flexibility.

Whichever cloud approach one considers, however, the underlying economics will be compelling. The cloud has certain disadvantages relative to traditional on premise architectures, without question, but it is uniquely adapted to a marketplace that will increasingly be cost and time sensitive.

Disclosure: Dell and Sun are RedMonk customers, while Amazon and Google are not.