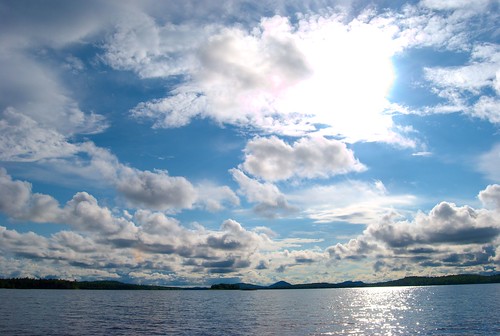 “What if there were a way to write and run enterprise applications that you could move from cloud to cloud?” – Alistair Croll, GigaOm

I’m confident we’ll have the answer to this question. Probably soon.

Not because – or at least not strictly because – customers will demand it, though they will. Are, in fact. Rather it will arrive because it’ll be the means of differentiation for late market entrants; those that want to play in the cloud with the likes of Amazon and Google, though at a fraction of the scale.

Note the pluarl on entrants. Personally, I don’t believe we can look to a single vendor for cloud independence, even the DreamFactory product discussed in the GigaOm piece linked to above. While the offering sounds interesting, promising the ability to work on storage ranging from Amazon to Salesforce, it’s still a single vendor control point. Which could be seen as defeating the purpose of thwarting lock-in.

Which is the preeminent concern cited by the potential cloud customers I’ve spoken with. It’s not that Gartner’s cloud computing security risks are incorrect; they are certainly legitimate questions for those organizations that are deploying to cloud platforms.

But the percentage of enterprises deploying the types of applications to cloud environments that require that level of oversight is, well, not terribly high, in my experience. Most would prefer to have an answer to the lock-in question before they legitimize cloud platforms by deploying applications en masse, and to the extent that issues of compliance and “investigative support” become serious issues rather than future concerns.

Nor am I the only one expressing this opinion. Forbes quotes Padmasree Warrior, the CTO over at Cisco, as being primarily concerned with issues of migratability:

“How do we create an open environment between clouds, so that I can have some things reside in my cloud and some things in other people’s data center? A lot of work needs to be done.”

If lock-in, then, is the question, what’s the answer? You guessed it: standards. Since we’ve talked about it, I’ve heard numerous names thrown around as potential players in the cloud standards arena, including 3Tera, Elastra, and Rightscale. From the same Forbes article comes word of the nascent standarization efforts:

3Tera has been working to assemble a coalition of cloud computing companies to form a “birds of a feather” proposal it intends to bring before an official standards body such as the IEEE or the World Wide Web Consortium in the fall of next year. Armijo says that several small cloud-computing firms including Elastra and Rightscale are already on board with 3Tera’s standards group. Other players, like Layered Technologies and Enki, which use 3Tera’s Applogic software to serve up their computing and storage to customers, will also become part of the standard by default. But bigger companies in the nascent cloud computing market including Amazon, Terramark and Google have yet to weigh in.

“We’re trying to get smaller firms lined up before we go after the bigger fish,” says Armijo.

It is indeed likely that before all is said and done, the larger incumbents would have something to say about the subject of standards. But the standardization are beginning, as they nearly always do, with the challengers rather than the market leaders, mostly because the former has more incentive than the latter.

Assuming that the supposition is correct, and that we do see cloud standards emerge, what might they look like? William Vambenepe, an Oracle architect, has some ideas on the subject, which were something of a response to my cloud standards piece:

Stephen O’Grady has an interesting post about the role of standards in Cloud computing. But he only looks at it from the perspective of possible standardization of the interfaces used by today’s Cloud providers. A full analysis also needs to include the role, in Cloud Computing, of standards (app runtime standards, IT management standards, system modeling standards, etc…) that started before Cloud computing was big. Not everything in Cloud computing is new. And even less is new about how it will be used. Especially if, as I expect, utility computing and on-premise computing are going to become more and more intertwined, resulting in the need to manage them as a whole. If my app is deployed at Amazon, why doesn’t it (and its hosts) show up in my CMDB and in my monitoring panel? As Coté recently wrote, “as the use of cloud computing for an extension of data centers evolves, you could see a stronger linking between Hyperic’s main product, HQ and something like Cloud Status.”

Would it be useful if Amazon’s Machine Image (AMI) format was a formal standard, rather than an openly published specification? Almost certainly, in that competing providers would be free to target the spec without fear of Amazon making changes to advantage their platform. I for one would welcome the ability to snapshot instances and deploy them without prejudice to Amazon or the competing cloud provider of my choice.

Had we that ability, would it be nice for Amazon deployed apps to interface back to my CMDB via universally agreed upon IT management standards? Sure. But I fear that’s putting the cart before the horse. Frankly, if the initial cloud standardization efforts consider the integration of existing “app runtime standards, IT management standards, system modeling standards, etc” within their purview, I’ll be very, very concerned.

Because we’ll be waiting a very, very long time. That, or we’ll reinvent CORBA.

Perhaps the biggest question facing the potential standards players will be the balance between standardization and the speed of innovation. When we spoke with Adobe CTO Kevin Lynch about the opening of its SWF format, one of the questions we put to him was the potential for SWF to make the transition from open specification to formal standard. While not dismissing the possibility out of hand, his concern was that it might negatively impact Adobe’s ability to innovate within the specification. Standards need not be inimical to innovation, but neither are they designed to foster it.

A fact which is, apparently, not lost on Amazon at least:

Amazon, so far, has seemed less than committed. In a statement, company spokesman Andrew Herdener wrote that Amazon is “open to the idea [of creating a cloud computing standard] if we can do so in such a way that enables us to continue innovating quickly and delivering on [our] focus for our customers.”

Is there some posturing in that statement? Of course, because in addition to being perhaps the most visible, Amazon is by far the most logical candidate for standardization, given that their customers – apart from the Xen based foundation – are essentially running standardized infrastructures. No Apex or Bigtable here.

Still, I expect the standardization efforts to continue apace. While the absence of an Amazon would certainly hurt the smaller players’ credibility, they might ultimately be holding the biggest trump card of them all: traditional web hosts. Slow to recognize the threat that cloud providers represented, hosts that may face increasng threats from large, economy-of-scale enjoying cloud platforms could emerge as a powerful force, in aggregate, for the advancement of standards.

The standardization process for cloud technologies will be neither simple nor straightforward. But then, it never is. The opportunity here, however, dictates that we’ll see standards sooner or later. The only question is who will be behind them, and who will be fighting them.