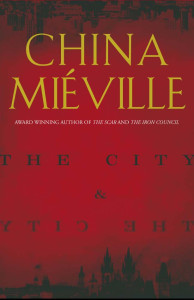 When I think about people who live in that foggy world between development and operations, I can’t help being reminded of a China Miéville novel called The City & the City. It’s about two cities that literally overlap in geography, with the residents of each completely ignoring the other — and any violations, or breaches, of that separation are quickly enforced by a shadowy organization known as the Breach.

Much like people starting from development or operations, or for you San Franciscans, the Mission’s weird juxtaposition of its pre-tech and tech populations, The City & the City is a story of parallel universes coexisting in the same space. When I look at the DevOps “community” today, what I generally see is a near-total lack of overlap between people who started on the dev side and on the ops side.

At conferences like Velocity or DevOpsDays, you largely have just the ops who have learned development rather than the devs who learned to be good enough sysadmins. Talks are almost all ops-focused rather than truly in the middle ground or even leaning toward development, with rare exceptions like Adobe’s Brian LeRoux (of PhoneGap fame) at Velocity NY last fall.

On the other hand, that same crowd of developers shows up not at DevOps conferences but rather at cloud conferences. They often don’t care, or perhaps even know, about the term “DevOps” — they’re just running instances on AWS. Or maybe another IaaS or possibly a PaaS, most likely Heroku, GAE, or Azure.

The closest thing to common ground may be events for configuration-management software like PuppetConf or ChefConf, or possibly re:Invent. But even when I was at PuppetConf, the majority of attendees seemed to come from an ops background. Is it because ops care deeply about systems while devs consider them a tool or implementation detail?

The answer to that question is unclear, but the middle ground is clearly divided.

Disclosure: Amazon (AWS), Salesforce (Heroku), and Adobe are clients. Puppet Labs and Microsoft have been clients. Chef and Google are not clients (although they should be).