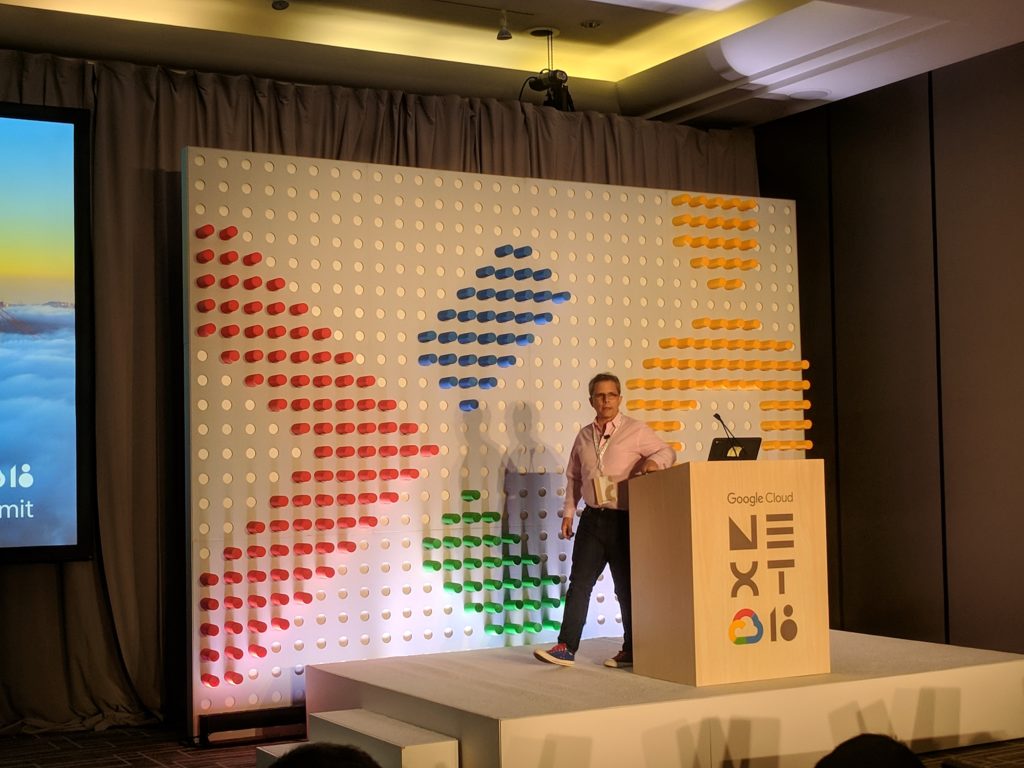 Based on the company’s capital investments prior, it’s certainly not fair to date Google’s level of commitment to its cloud platform to Diane Greene’s hiring via acquisition in November of 2015. But that is just what many in the industry do. That event is viewed as an unofficial but unmistakable milestone in the evolution of what has become a growing and vital business for Google.

Whatever marker you pick, it’s worth taking stock of where the company is at present, and what better occasion than in the wake of its annual Next event? A showcase for Google’s enterprise efforts, Next is a show of relatively recent vintage. Up until a few years ago, Google’s cloud offerings were crammed uncomfortably into the company’s other, massive developer event I/O.

Over the past few years, however, Next has grown along with Google’s cloud business culminating in this year’s event where the attendance was such that the main stage moved from Moscone West to the still-under-construction South. If I/O is an event dominated by front end technologies like Android and Chrome, Next is about the back end infrastructure – GCP to G Suite and everything in between.

In 2018, when back end infrastructure is discussed, generally what people mean is cloud, and – with one important exception, which we’ll come back to – that is the case with Next. The event is the opportunity for Google to update the market on its progress in that and other areas.

Google may receive less attention than competitors such as AWS and Microsoft, but its aforementioned capital investments mark it as one of the few serious players in the market. As my colleague Rachel has written:

Competitiveness in the cloud market is largely reliant upon companies’ infrastructure investments. More specifically, given the size of the investment required it should be increasingly possible to infer actual competitive intent from the balance sheet in ways not possible in other technology markets such as software.

Having invested over thirty billion dollars over the last three years in its infrastructure from hardware to submarine cables, Google has bought itself a seat at the adult’s table.

The question at Next wasn’t, then, whether Google belongs in a conversation with the likes of AWS, Azure and, increasingly, Alibaba. The question is where Google is choosing to invest that capital, and how those investments are paying off.

To explore that question, here are five brief takeaways from Google Next.