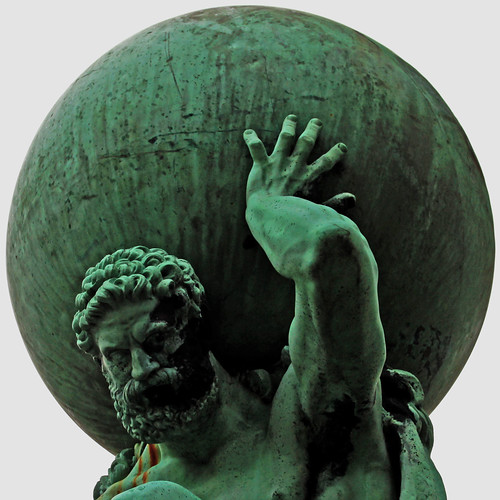 Before it was a database company, MongoDB was a cloud company. Founded in 2007 and originally known as 10gen, the company originally intended to build a Java cloud platform. After building a database it called MongoDB, the company realized that the infrastructure software it had built to support its product was more popular than the product itself, and the PaaS company pivoted to become a database company – eventually taking the obvious step of renaming itself to reflect its new purpose.

For the better part of the last decade, MongoDB has more or less played the part of the traditional on premise software vendor. Its model necessarily differed in important ways from that of its closed source, relational predecessors, but in general the software was bought, sold and used much as Oracle or SQL Server might have been. Like every other open source vendor, it may never have matched its closed source competitors in margin or size, but MongoDB generally prospered, emerging from a very crowded open source, non-relational market as a significant and growing commercial vendor.

The landscape around MongoDB, however, was changing.

Two years after the company formerly known as 10gen was founded, Amazon released the first version of its Relational Database Service (RDS) which supported MySQL databases, as a service. RDS support for Oracle followed two years after that, SQL Server a year later, then Postgres and continuing with MariaDB and the MySQL-compatible but AWS proprietary Aurora engine.

As has become typical, others followed in Amazon’s footsteps. Google, Microsoft and other cloud providers offered similar traditional relational database systems online. Closer to home for MongoDB, several companies began offering commercial support for the Mongo database, but as a service. San Francisco-based mLab is an independent provider of MongoDB-as-a-Service; Compose.io offered MongoDB-as-a-Service among other offerings, and a year ago this month was acquired by the increasingly services-minded IBM.

All of which fit the model outlined within The Software Paradox, a model in which on premise software would give way at an accelerating rate to cloud based implementations. Databases, in other words, would decline in popularity as database-as-a-service grew. Just this morning, an on premise database vendor who considered Amazon, not Oracle, as its greatest threat, admitted that “40% of his customers were in the cloud, and 80% of those were on AWS.”

On Tuesday, MongoDB announced a new product, Atlas, at its annual user summit. Atlas represents an important new step in the company’s history, as it enters the Database-as-a-Service (DBaaS) market. For the first time since its earliest days, MongoDB is once again a cloud company.

Against the wider market backdrop, it is not only not a surprise that MongoDB has decided to directly enter the DBaaS market, this move has been expected. It could be argued, in fact, that Atlas is overdue.

Of all of the various services offered by cloud providers, databases are among the most sticky. This is in part due to the inherent inertia that comes with large datasets that pose logistical challenges simply to move from one place to another, but also to the risks of changing production database infrastructure.

This stickiness can be a positive for vendors, as it decreases the likelihood of customers exiting the platform. But it also means that unlike other workloads such as compute, customers that are lost today may be lost permanently. While a competitive market exists for on premise MySQL databases, for example, with multiple avenues available for commercial support, a far smaller percentage of workloads that enter RDS or other MySQL-as-a-Service products will ever leave those platforms.

Which means that Atlas couldn’t get here soon enough for MongoDB, because workloads lost to Compose or mLab would be difficult to win back. It also implies that other on premise software companies, and on premise database software companies in particular, would do well to add as-a-service capabilities as quickly as possible.

Services are more convenient than on premise alternatives, and as one well known senior engineer said privately yesterday, “Everyone will pay for compute. It’s less clear that people are willing to pay purely for software value up the stack.” Hence MongoDB following in the footsteps of other on premise providers that have made the journey to the cloud and thus have conflated their product with compute in Atlas.

If you’re an on premise software company, you might think about doing the same. You might not believe in The Software Paradox, but the market certainly appears to.