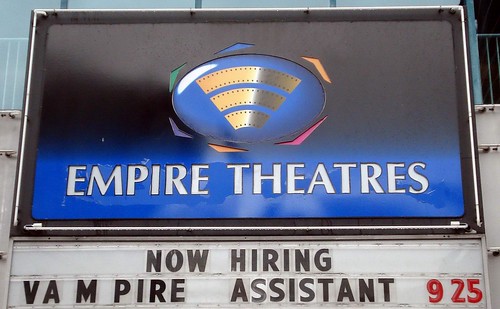 In early June, a number of people I follow on Twitter linked to this piece by Mathias Meyer entitled “Why Hiring for ‘Culture Fit’ Hurts Your Culture.” Although it was apparently triggered by the specific example of drinking as an example of company culture, Meyer correctly and succinctly articulates a broader definition of culture itself, one that encompasses everything from the copy you use for recruiting to the health merits of the food and drink provided in an office.

Culture, in other words, is everything – in the literal sense – that a company is. Every decision, every activity, every product, every message and every hire is both driven by and representative of an organization’s culture.

In the startup world in particular, culture can be a competitive weapon, a means of asymmetrically competing with larger, better resourced competitors.
If you’re a cash poor startup, you need more than equity to recruit against cushy, well paying gigs with Big Co. Culture is, at least in theory, an asset that differentiates a startup from other opportunities. On the one hand, Big Cos offer stability, good money and real benefits. On the other, startups have higher theoretical upside from a compensation standpoint – but that’s not enough. Enter culture.

Most large company cultures, if they were ever employee-centric, eventually find that that scales poorly. Which is, as an aside, why so many startups that grow past the point of being a startup have significant HR issues. For the smaller startups, however, perks that might not scale to a large organization become a selling point. Startup culture, in other words, is by its very nature intended not just to run a business, but to serve as a recruitment tool.

Which is intrinsically neither good nor bad, in my view. Culture, in this sense, is just a tool. The problem is that while startup culture is designed to appeal to potential employees, what appeals to one employee may be unappealing or impractical for another. And when the fact that one aspect is unappealing or impractical is used as an organizational filter, under the banner of ‘hiring for culture fit,’ you have a problem. Hiring only people like you is not a great approach, for reasons that are hopefully obvious. Worse, it’s both an insidious problem to identify and one that can be difficult to remedy. If a majority of employees have bought into, and to some extent signed up for, an aspect of a given culture that may need to be scaled back or deprecated entirely, they are likely fight it.

All of that being said, I don’t believe Meyer’s answer – “Stop using ‘culture fit’ ” – is necessarily the correct approach. The obvious risk, of course, is throwing the baby out with the bathwater. Instead, it’s important to be absolutely clear on which aspects of your culture – specifically – are being considered during the hiring process.

At RedMonk, for example, alcohol is to some extent a part of our culture. Not in the way that it is for startups, because none of us work in the same city. But in the Monktoberfest and Monki Gras, at least, we deliberately incorporate craft beer into the experience. But while we tried to have some fun with our job description, we have never and will never consider whether someone drinks, or what they drink (even if it’s major domestics), as part of the hiring process. Because it’s simply not relevant to being an analyst, and therefore will never be a part of how we evaluate a candidate for that role.

There are cultural aspects, however, that are critical to us. Personality, for example, is important. Whether someone fits into our distributed culture, for example, is very relevant to us, as is our estimation of how they will in the cultural sense represent RedMonk while at events, with clients and so on. The most crucial cultural consideration, however, is whether a candidate believes in what we do. While we are not blind to other lenses, we are passionate about the importance of developers at RedMonk and believe that this underpins the work that we produce. If someone lacks that same passion, they probably aren’t a great fit for us.

There seems to be little question, ultimately, that hiring for “culture fit” can be a mistake, one that reinforces organizational stereotypes and limits organizational diversity. As someone put it to me recently, when you hire your friends, you’re likely to look around eventually and realize that a number of them were hired just because they were your friends, not on their merits – and they’re simply happy to be there. Which is a problem for everyone.

But removing “culture fit” from the equation entirely seems to be an over-rotation in the opposite direction, one that may lead to the hire of employees who are legitimately poor fits for one reason or another.

Instead of dismissing ‘culture fit’ entirely, then, the best approach seems to be to whittle down the huge, unmanageably broad definition of culture down to just those few characteristics that do matter. There are many more aspects of a given culture that don’t matter than do, and should have no impact on hiring. But there are always a few that should play a role, so understanding what those are and being explicit about them is key.