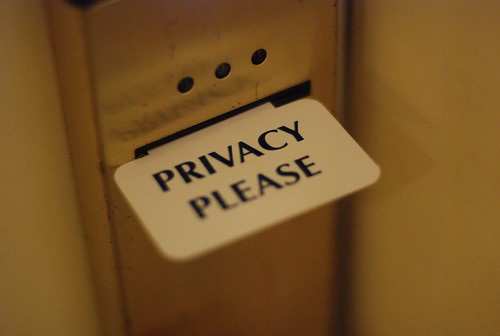 On the surface, Apple WWDC and Google I/O are exactly what they seem to be: showcases for the company’s respective audiences. The ever longer keynotes are meticulously scripted and rehearsed to dramatically unveil increasingly bloated product portfolios and feature catalogs whose purpose in turn is to create excitement if not outright lust. The perfect show for either firm is one where an audience member would happily trample the person sitting next to them to get their hands on the latest object of desire debuted on stage.

On another level, however, these shows are implicit statements of direction. As Mahatma Gandhi put it in a very different context, “action expresses priorities.” Google’s I/O show, as described, made its priorities clear: Google is still intent on organizing the world’s information. The win for Google is more data to refine its advertising model, which represents 89% of the company’s total revenue. The win for users is services such as Google Photos – at the cost, arguably, of their privacy. By leveraging its access to so many users and so many photos, Google’s machine learning algorithms are good enough now to tell that one picture of a teenager and another of an infant are, in fact, the same person.

Which is why Benedict Evans’ assertion that what keeps Google up at night is reach rings true. In a world absent Android, and where mobile’s corrosive erosion of PC usage continues, Google would be uncomfortably dependent on Apple, at a minimum, for the reach it requires to function. From search to maps to photos, Apple would be in a position to control, on a granular level, what Google had access to.

Because this future was not hard to predict, however, Google not only built Android, but saw it blossom into a popular, volume platform – one that is compared to Windows on a volume basis, in fact. Reach must still be a concern for the company, for as popular as Android is iOS is a massive platform in its own right and far more opaque to the search giant. But at least in Android it has guaranteed itself unfettered access to a large subset of the market’s available telemetry.

Which is essential, because Google’s vision for computing is clearly cloud centric, and more particularly driven by the aggregated of value of millions of users living in the same cloud. The same way that Google can determine where traffic is congested by noticing that thousands of GPS-enabled Android devices are slowing down is the same way that the company can determine that because a million fans of obscure band A have liked obscure band B means that there’s a reasonable chance you will too. “Did you mean?” is incredible when you own the majority of the world’s search traffic, not so much for a single user.

It’s not that Google has given up innovating on the device itself – see Project Soli, for example – but it correctly understands that services is where the company is strongest. Assuming, of course, that its pipeline of user telemetry is never jeopardized.

But if that’s Google’s existential concern, what is Apple’s? According to Evans, it is the fear that developers leave. This is, to me, less plausible. First, there is the fact that Apple developers and users have a reputation for being fanatically loyal. That could always change, of course, but the fact that iOS generates more revenue on a per user basis than Android gives developers an additional financial incentive to stick around. My concern, if I were Apple, would not be the retention of loyal and (relatively) well compensated developers.

If we assume that Apple’s actions express its priorities, and by extension its fears, then, what does Apple fear? My bet would be services.

Many have noted that Apple has substantially cranked up its rhetoric around privacy lately. At WWDC, for example, Apple made a point of noting that its “Proactive” update to Siri – one intended to match some features of Google Now – operates off of on device data only. A week prior to that, Tim Cook was even more explicit, saying that Apple doesn’t want user data and that users shouldn’t be forced to trade access to information for a free service. To give you an idea of tone, his speech was characterized as “blistering.”

The obvious question is: why is Apple making such an issue of privacy now? The simplest and most charitable explanation, if one that is potentially naive, is that Apple as a corporation is genuinely concerned with user privacy. It is equally plausible, however, that Apple’s attitude here is simply a reflection of its revenue model, a manifestation of its issues trying to build services, or both.

Regarding the former, clearly Apple’s primary revenue engine is not user data, as with Google. Apple generates its unparalleled margins instead by selling a polished hardware and software combination. Cook is, in this sense, being entirely truthful: the Apple of today doesn’t want or need user data. Skeptics, however, will argue that Apple’s primary and overriding concern is its bottom line, and that sentiment has little to do with the current privacy-as-a-feature approach.

With the general elevation of user privacy to mainstream issue in the wake of the Snowden revelations, however, Apple certainly couldn’t be faulted for highlighting its lack of interest in user data and its competitor’s corresponding reliance on it. All’s fair in love in war, as they say. The important question for Apple, however, is whether it can keep these promises to its users.

As Om Malik writes in the New Yorker:

Apple was rather short on details in explaining how it will achieve its goal of using, learning, and building better services without collecting data on a global scale.

Certainly Apple will be able to infer certain information from the device itself. It seems clear, however, that single device inference will always be limited when measured against algorithms that can run against hundreds of thousands or millions of similar devices. More data beats better algorithms, remember.

Which means that Apple has explicitly and publicly committed itself to not leveraging one of the most important ingredients in building the kinds of proactive services its own product development track acknowledges are in demand. More problematically, services are not an area in which Apple has distinguished itself historically, so operating in this space with a self-imposed handicap is unlikely to be helpful.

Apple in the form of Tim Cook, then, seem to be making a bet that users will value their privacy over new functionality and new capabilities. That they will voluntarily choose a less capable platform if it means they don’t have sacrifice user information. This is certainly possible, but if we assume that the average developer is more attuned to privacy concerns than the average citizen, charts like these would concern me. They would be, in fact, what kept me up at night if I worked at Apple.