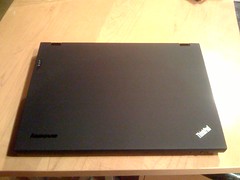 Another week in the books, another trip. This time to good old Austin, Texas, where the Mexican food is excellent, and the sharks are safely in the floor. The purpose this time around was the Linux Foundation Collaboration Summit, which was excellent even if they kick us analyst types out before the real fun starts.

Am I to be back in California just next week for the MySQL Conference? It’s possible, though unconfirmed. My almost-status on Frontier is arguing for it, my woeful lack of preparation for my transition back to the East Coast against. We’ll see who wins, probably by Sunday.

As is typical of Friday’s, I’ve collected an entirely random assortment of items that may or may not prove to be of interest.

Before I get to those, however, a quick guide to my moods during baseball season. Important, because the inaugural Sox/Yankees contest will be initiated in just over an hour. So if you communicate with me on a regular basis, and would like to know how I’m feeling on any given day between late March and (hopefully) late October, I’ve prepared a handy table for you. Refer to it as needed through the season. Without any further delay, here’s how I’m feeling:

Conventional wisdom holds that my particular gender is not particularly emotionally complex, but I think it’s fair to say that I take that to an entirely new level. Anyway, on to the grab bag.

Book of Air and Shadows

Once again, I made the mistake of travelling without my regular literature, and was forced to pick up a so-called literary thriller by Michael Gruber called the Book of Air and Shadows. Without giving too much of the plot away, it’s very much in the style of a Carlos Ruiz Zafón, Arturo Perez-Reverte or a Matthew Pearl. Indeed, the plot is in fact strikingly similar to Jon Fasman’s The Geographer’s Library or Lev Grossman’s Codex. Not plagiaristicly similar, mind you, just enough to know that Gruber’s writing for the genre.

The verdict, ultimately, is that while occasionally poorly paced, particularly early, the book is entertaining and reasonably erudite. If not in the league of one of my favorites, Wilton Barnhardt’s Gospel, it’s a cut above some of the other books you might read in this genre to make yourself feel superior to the Dan Brown reader next to you.

One caveat, however: a few reviews state that the characters are complex and flawed enough to render the story richer, and to a certain extent that’s true. Certainly the narrator is deeply flawed in a manner some unfortunate few of us might relate to. But ultimately, I think Gruber succumbs to cliche principally in his casting. There’s the ex-criminal-ex-Special Forces-current priest brother, the famous model sister with underworld connections, and did I mention that the narrator and his estranged wife were both Olympians?

While the unlikely assembly of good and bad guys doesn’t derail the work, it does occasionally remind that you are, in fact, reading a work of absolute fiction. Still, if you’re looking to kill a few hours, it’s worth the read.

Speaking of reading, I’m in the process – for the first time – of assembling a summer reading list. To be honest, I’ve always regarded the exercise as a bit silly, but there are a number of things I do wish to read this summer. Some, like Emerson or Salinger, I haven’t read since high school and am interested in taking a second crack at. Others, like the Wind Up Bird Chronicles, I’ve had on the list for some time. I’ve got no idea what it’s about, but I personally can’t wait for this.

If you’ve got recommendations for your fellow readers, feel free to share them. I’d say that I’d take them into account as well, but I don’t do well with books recommended to me, generally speaking.

Much has been made of Github, of late, in the circles that I travel in. If you’ve never heard of it, Github is essentially an online implementation of the distributed source code management tool Git used by – among other projects – Linux. Git’s acquired a reputation as an immensely competent DSCM which is, regrettably, immensely difficult to learn. Github takes some of that out of the equation, but I still had to fall back on Donnie while trying to successfully configure repositories of my written work on the old laptop and the new laptop (more on that in a moment).

Github’s tagline currently is, “no longer a pain in the ass,” referencing the aforementioned git learning curve (jdub recommends Easy Git). In my experience, it’s more like “still sort of a pain in the ass,” but much of that is attributable to my unfamiliarity with the tool it implements.

Ultimately, I think Github is interesting both as a standalone implementation, as well as for what it signifies of the opportunities around open source. I’m already beginning to expand the volume of asets I store there, which is key given that I’m now using three machines regularly.

I’ve already documented the GAE news in what I’m told is excessive detail, so I won’t rehash that. But as some of the folks on Twitter have noted, GAE has compelled me – along with the recommendations of a number of those whose opinion I respect – to give Python another try (it bludgeoned me to death this past summer). So to Dive Into Python I headed, and while I don’t know when I’m going to get the time to tackle it seriously, it’s on the agenda.

Couple of Twitter related tools for those new to the platform. First, Tweetcloud, which everyone was talking about this week. Here’s mine. Second, Tweetscan, the Erlang (I believe) based Twitter search tool.

Last, as previously mentioned, I’ve got a new laptop to test. And not just any laptop. Thanks to the kind efforts of some of the Lenovo folks, most notably David Churbuck and Tim Supples, I’ve got one of the new would-be MacBook Air killers, the X300, in hand.

I’ll save my detailed thoughts for a separate post (or two), but suffice it to say that the X300 has more than lived up to expectations. It is a tremendous piece of engineering, and I take back all the things I said about Lenovo becoming complacent.

One of the reasons I receive these machines is to test out their Linux readiness, and for the most part the X300 is a perfect fit for the operating system. Bizarrely, however, sound is an issue. I honestly can’t remember the last time I had a machine of any type that had sound issues with Linux, but with the help of some of the ALSA developers there’s a patch already available.

More on the machine later, then, but if you’re thinking of buying one my recommendation is to do it, and do it immediately. It’s that good.