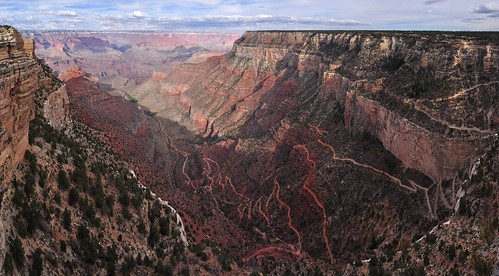 When the iPhone was first introduced in January of 2007, it took the world by storm. The first device to compress – successfully, at least – a mobile phone, a computer with internet access and the 21 century’s equivalent of the Walkman into something that would easily fit into a pocket, the sheer breadth of its capabilities was without precedent. And this was before, notably, the SDK that made possible the “there’s an app for that” campaign. An SDK, as an aside, that Steve Jobs was originally opposed to.

What was less remarked upon, however, was the attention Apple paid to how this dizzying array of capabilities worked together, and worked together well. The first time a call came in while a user was listening to music, in fact, was a startling experience, at least in how it highlighted what low expectations people had for their electronics at the time.

It’s an experience that is taken for granted now, but relative to the competition then it was revolutionary. Call comes in while music is playing. In response, the iPhone fades the music out while fading the ring in. The call can be taken seamlessly, and once ended the music fades back in. Simple. Obvious.

On the one hand, there’s nothing particularly earth shattering about that example. Or rather, there should not have been. But this clear evidence that the team that designed the mobile phone software had actually spoken with their colleagues writing the software for the music player, and hundreds more examples of similar behavior, was enough to hand the iPhone the established, hard fought market for mobile phones to Apple almost overnight – a lead that in the United States at least has not been relinquished. The iPhone’s elegant, integrated design disrupted the landscape so thoroughly and completely that the case study is taught in business schools today.

It is still, however, a lesson that the industry has yet to internalize and apply at scale.

At the time that the iPhone was introduced, developers were in the early years of a golden age of software and hardware. The open source software they favored was gradually clawing its way towards mainstream acceptance, and the sheer volume of it was exploding. Entirely new categories of software, in fact, were being created from scratch and being quickly filled out by multiple competing projects released under licenses that varied in their requirements and obligations but were, in almost every case, OSI approved.

Less apparent at the time but no less important was the birth of the cloud market as we know it today. Some five months before Steve Jobs stood on stage waving the sleek, tiny slab of metal and glass around, an online retailer primarily known for selling books released a very rough beta of the industry’s first cloud computing service. No one knew it at the time, but this simple on demand compute service, along with its immediate predecessor, simple addressable storage, would herald the rise of a new computing model that would eventually assimilate the rest of the enterprise technology industry and position its creator as the accepted market leader.

As a result, developers then and since have had a vast array of tools and services at their fingertips, with more software and services arriving by the day. Nearly anything that a developer could want is available, at either no cost or for an amount that is accessible for most, if only on a trial basis. As Steve Jobs might have told them, “You’ve got everything you need.”

There’s one problem, however. Where the phone and music player teams were controlled by a party with the authority to make them play nicely together, this isn’t true of modern development infrastructure. Most toolchains, from where the first lines of code are written through test, build, integration and deployment all the way out to production, are made up of a patchwork quilt of products and services from different suppliers.

It should come as no surprise, of course, that there is no central supplier capable of natively satisfying every last operational need. To some extent, this is a reaction to the backlash against Microsoft, for trying to be just that. By attempting to own the entire stack as they owned the office productivity and operating system markets in the early part of the last decade, Microsoft taught a generation of technology buyers lessons that could have been learned from Amdahl and IBM.

No vendor is or will be in a position to provide every necessary piece, of course. Even AWS, with the most diverse application portfolio and historically unprecedented release cadence, can’t meet every developer need and can’t own every relevant developer community. The process of application development is simply too fragmented at this point; the days of every enterprise architecture being three tier and every database being relational and every business application being written in Java and deployed to an application server are over. The single most defining characteristic of today’s infrastructure is that there is no single defining characteristic, it’s diverse to a fault.

Fragmentation makes it impossible for vendors to natively supply the requisite components for a fully integrated toolchain. That does not change the reality, however, that developers are forced to borrow time from writing code and redirect it towards managing the issues associated with highly complex, multi-factor developer toolchains held together in places by duct tape and baling wire. This, then, is the developer experience gap. The same market that offers developers any infrastructure primitive they could possibly want is simultaneously telling them that piecing them together is a developer’s problem.

The technology landscape today is a Scrooge McDuck-level embarrassment of riches.

If there is and can be no Apple-equivalent enterprise vendor arriving to make sure the enterprise telephone app team plays nicely with the enterprise music player team, what progress can be expected? It’s early, and the next few quarters should provide hints at who has accurately identified the depth of the problem and taken steps to address it. In the meantime, here are five adjectives that will describe the next generation of developer experience.

The vision of what a high end developer experience might look like will evolve, of course, and vary from domain to domain. It will need to change quickly, in fact, given the recent spike in adoption of higher level managed services. But sooner or later, a better experience will emerge and, like the iPhone, be the subject of conversations that discuss, in breathless amazement, integrations that probably should have been obvious and are certainly overdue.