With the second quarter looming, it’s time for us to drop our first quarter bi-annual Programming Language rankings. As always, these are a continuation of the work originally performed by Drew Conway and John Myles White late in 2010. While the specific means of collection has changed, the basic process remains the same: we extract language rankings from GitHub and Stack Overflow, and combine them for a ranking that attempts to reflect both code (GitHub) and discussion (Stack Overflow) traction. The idea is not to offer a statistically valid representation of current usage, but rather to correlate language discussion and usage in an effort to extract insights into potential future adoption trends.

With that, here is the first quarter plot for 2019. 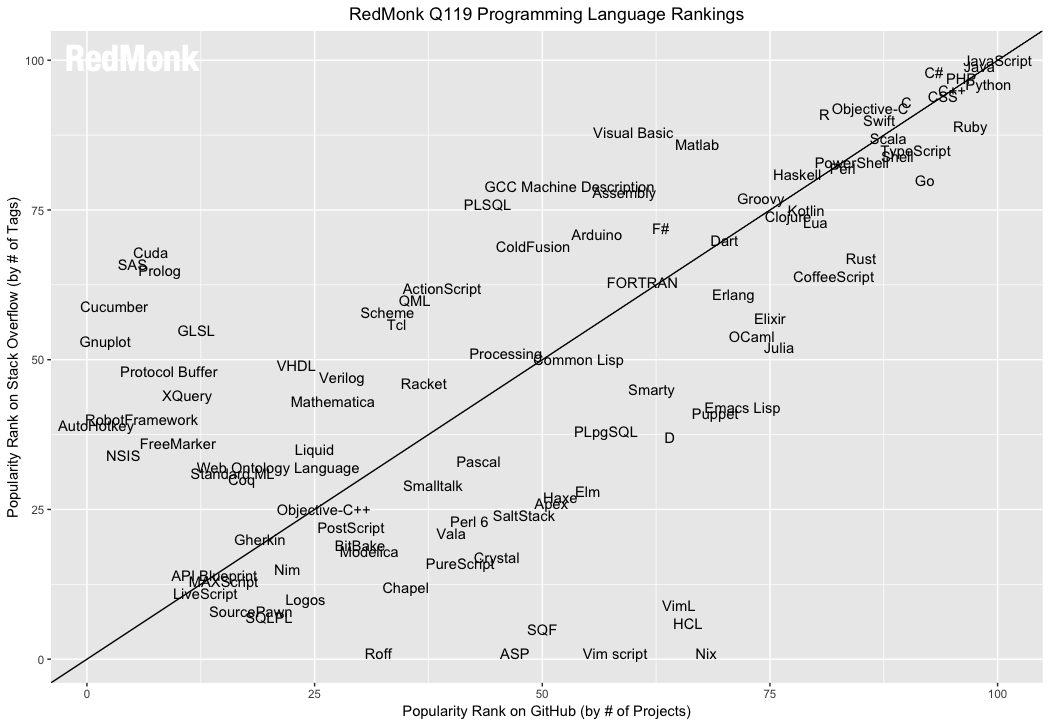 As expected, there was little movement within our Tier 1 languages. Generally speaking, the top ten to twelve languages in these rankings tend to be relatively static, with changes both rare and minor in nature. While the landscape remains fantastically diverse in terms of technologies and approaches employed, including the variety of programming languages in common circulation, code written and discussion are counting metrics, and thus accretive. This makes growth for new languages tougher to come by the higher they ascend the rankings – which makes any rapid growth that much more noticeable.