They’re a month overdue, and from the volume of inbound questions about when the language rankings would drop, it’s been noticed. As always, these are a continuation of the work originally performed by Drew Conway and John Myles White late in 2010. While the means of collection has changed, the basic process remains the same: we extract language rankings from GitHub and Stack Overflow, and combine them for a ranking that attempts to reflect both code (GitHub) and discussion (Stack Overflow) traction. The idea is not to offer a statistically valid representation of current usage, but rather to correlate language discussion and usage in an effort to extract insights into potential future adoption trends. 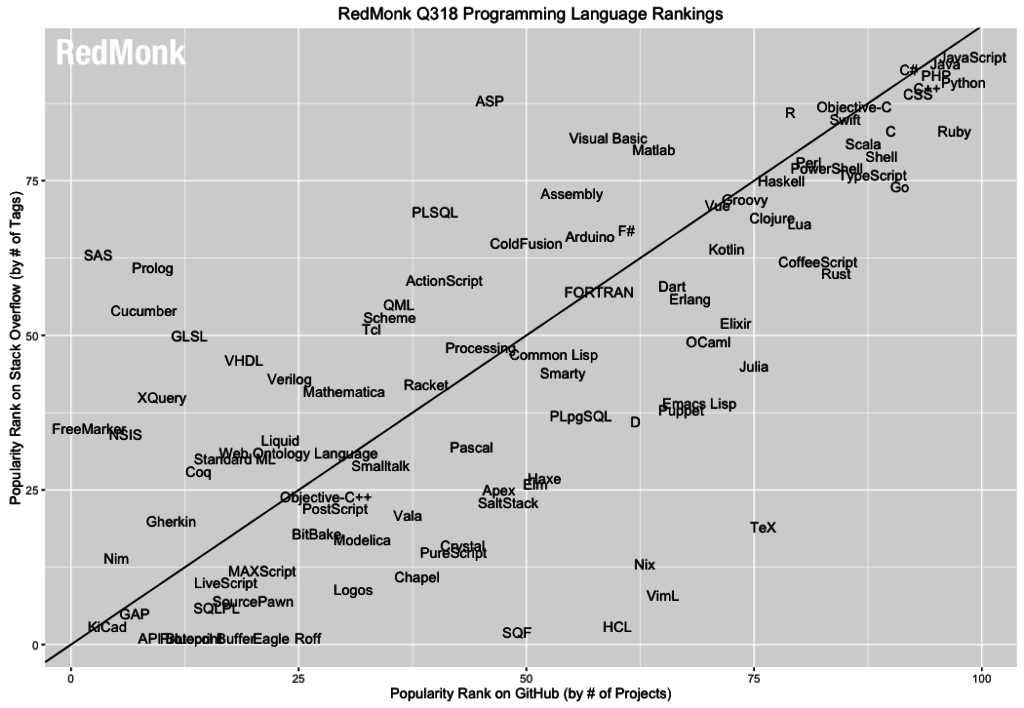 As always, the consistent performance of our Tier 1 languages – the top ten, more or less – is at once surprising and unsurprising. The relatively static nature of the top ten languages is interesting, certainly, in a technology landscape that is best characterized as heavily fragmented and growing more so at an accelerating rate. Conversely, however, it’s important to note that the numbers measured are accretive, and as with financial metrics, rates of growth are fastest when projects are new and harder and harder to come by over time. New language entrants are behind from the day they are released, in other words, which makes displacing the most popular languages a significant and uphill battle.

In our Top Ten, then, with one exception which we’ll come to, there is little to note. Outside of the top tier, however, there are several changes worth discussing. Unusually, in fact, there’s something of a unifying theme to the various changes in this run: retrenchment.