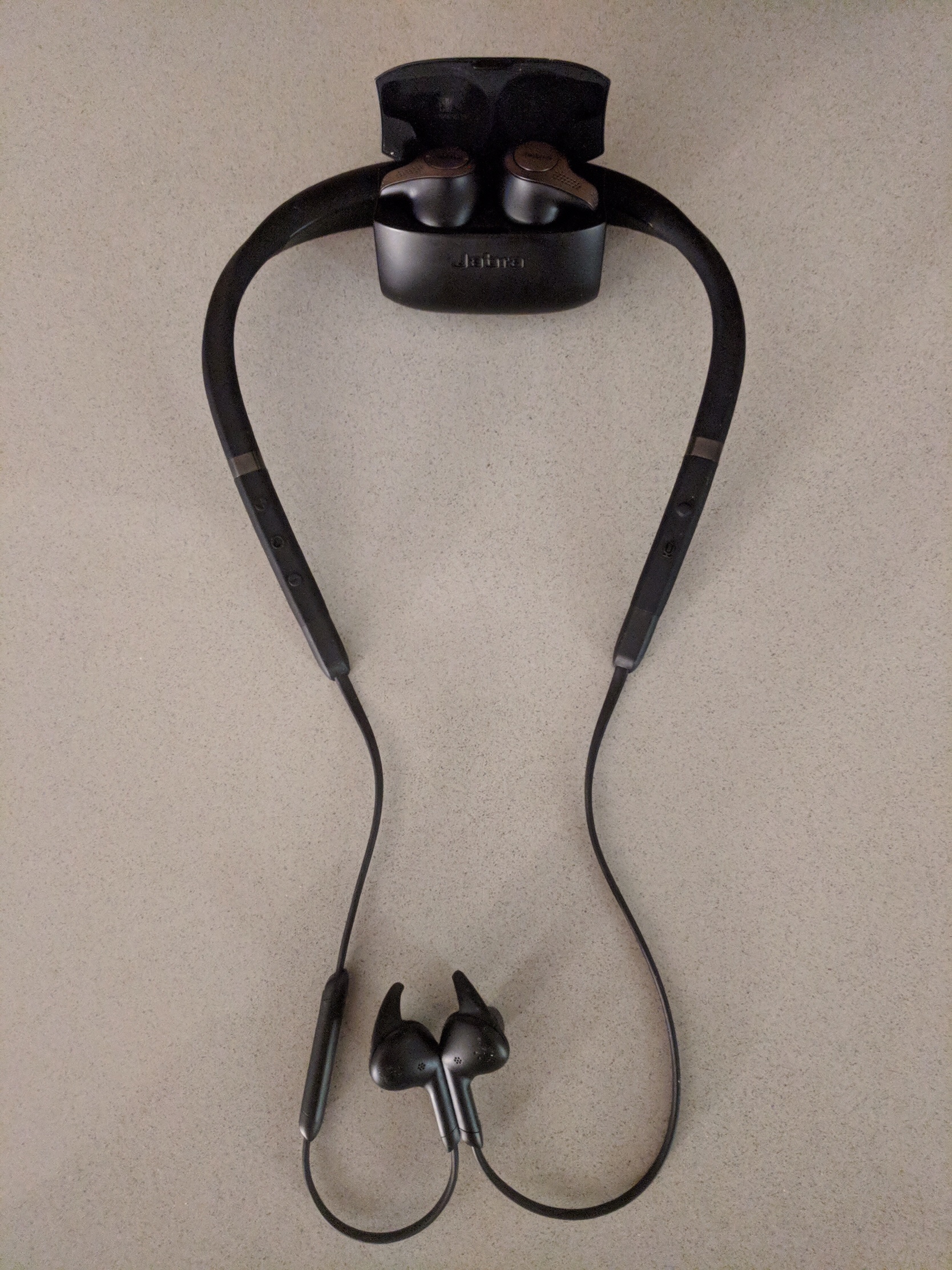 For years, I waited for hardware manufacturers to produce the perfect laptop. Lightweight, powerful and battery life enough that I could stop thinking about the battery life. Sustained by rumors of the next great battery technology, which as it turns out is perpetually two years out, I delayed and delayed necessary upgrades. Haunted by the prospect of buying a new laptop only to see the perfect machine released a quarter later, I propped up and held on to dying hardware long past its shelf life. I even tried to persuade customers of ours to make what I wanted.

Then I gave up.

It took years, but eventually I accepted the fact that what I was waiting for was never going to arrive. Barring a miracle, I was never going to get everything I wanted in a single, general purpose form factor. Between the travel I do and the datasets and software I use, my requirements were unique enough that specialized, separate hardware was the only realistic solution.

So I forked my usage. First, I got a desktop – initially a Dell workstation, later an iMac. This gave me a platform for computationally difficult work, which in turn let me go light on my travel machine. Instead of a general purpose midrange laptop, I went with an ultralight MacBook Air, later replaced by the first generation and even lighter MacBook.

While the laptops were more or less light enough, however, they never came close to my requirements for battery life. So I forked my usage again, and now carry a laptop while local and an iPad Pro while on the road.

All of which is an admittedly odd and long-winded preamble to a post about headphones, except to say that I’ve basically come to the same conclusion I once did about my computing platforms: I’m never going to get everything I want, so it’s time to specialize.

Here’s an exhaustive list of what I want in a headset:

And after a great deal of research, here’s an exhaustive list of the products that meet all of those requirements:

As has been pointed out to me, sometimes politely, it’s just not realistic to expect all of that in a single set of headphones. Just as I did once upon a time with battery life rumors in laptops, I’ve read reports like this one from the Verge on Qualcomm’s new Bluetooth chips and told myself that my holy grail of headphones is coming, and soon.

Last week, then, I bought two separate headsets – both from Jabra. Specifically I got the true wireless 65t headset and also the collar-style, noise-cancelling 65e’s. Curious as to why? Read on.

Q: Why get new headphones at all?
A: My faithful Bose QC-20’s have continued to disintegrate under the friction of a heavy travel load. Even the Sugru I’ve used to patch up the exposed wiring on those twice has begun to wear away, staining the pocket of my jeans a dark gray. They’re not dead yet, but it’s just a matter of time. The only question is whether it’ll be a wirecut or an exhausted battery that will kill them first.

Q: Why not just get another pair of QC-20’s?
A: Under other circumstances, that’s exactly what I’d do. They’re expensive, but are legit magic. The problem is that I absolutely refuse to deal with a dongle to connect to a phone, and it’s highly likely – alas – that my next phone is not going to have a headphone jack. Which means that whether I like it or not, and I mostly don’t, I’m going wireless with my next headset pick.

Q: Why not just get the wireless version of the Bose headset?
A: A few reasons.

Q: Why not Airpods?
A: As much as I’m jealous of their connectivity – which is reportedly near perfect, which is a hell of lot better than the constant drops I got yesterday walking through Times Square – they’re not a great option for me given that I’m an Android user for now. And while I’m not much for appearances in general, I’ve never been able to get over my impression that Airpods just look really, deeply weird.

Q: Why not over-the-ear alternatives? They get much better battery life.
A: I had a set of Bose over-the-ear‘s years ago, but they’re hot when worn for long periods of time, not convenient to walk around in, not great if you’re trying to lie down on a plane and are a pain in the ass if you wear a hat.

Q: Why the Jabras?
A: I have a Jabra headset at the office, and I’ve been happy with it, but mostly I was persuaded by what I normally am these days: The Wirecutter. Their decision to pick the 65t’s over the Airpods made that choice easy particularly given that I don’t carry an iPhone. They haven’t gotten around to the 65e’s yet, but the online reviews made that decision less than difficult.

Q: What don’t you like about the Jabra’s?
A: I really wish they were USB-C. Then I’d only have to carry USB-C and Lightning cables, rather than those two and micro-USB – and they’d charge faster.

Disclosure: The Amazon links above are affiliate links.