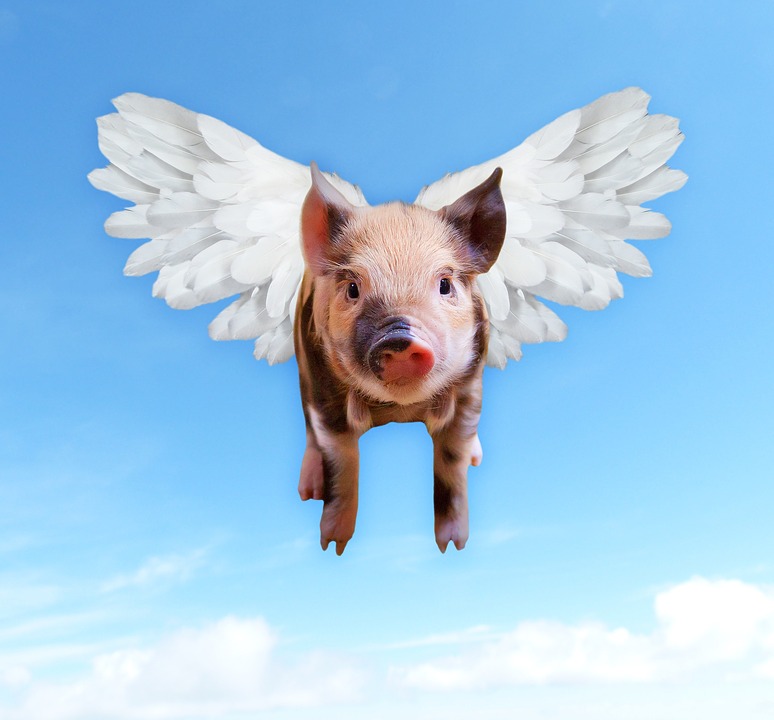 In a move that Jason Fried expected but that Bryan Cantrill and everyone else until about a week ago) thought would happen when pigs flew (except that it turns out that Cantrill actually did predict this), Microsoft announced yesterday that it had acquired GitHub for $7.5B in an all stock transaction. Notably, the deal was made public just as I arrived at the airport en route to San Francisco, in a blatant violation of the “no large transactions while I’m traveling or on vacation” handshake agreement between myself and the industry. As a result, more comprehensive thoughts will have to wait for a time when I’m both less distracted and have an actual, physical keyboard to type with.

But given the size and more importantly strategic nature of the deal, here are a few high level reactions to the news.

One of the most notable aspects to this announcement has been the relative lack of apprehension. To be sure, there are developers from a variety of communities – particularly those with old school open source roots – who are some combination of alarmed and incensed at the acquisition of the largest open source center of gravity by the company that once characterized that development model as a cancer. There are also legitimate questions being asked about Microsoft’s use of its patent portfolio, a revenue stream it will have to reconcile at some point with its ambitions to be a true open source leader.

But in general, sentiment seems largely positive. Even one time Microsoft critics have acknowledged in the wake of the transaction that the Microsoft of today is a fundamentally different company than the Microsoft of a decade ago. One that is, importantly, generally being projected as a good steward of GitHub the asset. The company that once created a GitHub alternative in CodePlex because it couldn’t internally sanction large scale participation in that external property has become that cliche: they liked the product so much they bought the company.

This acquisition is, in many ways, a referendum on Microsoft’s long journey to rehabilitating its image with a generation of developers it had left disaffected. Microsoft didn’t spend over seven billion dollars for a public vote of confidence in its public image turnaround efforts, but it can’t be an unwelcome side effect.

Most of the commentary I’ve seen this morning on the acquisition has centered around the product. Understandably so, both because GitHub’s product is a core to the developer experience for millions worldwide and because there are so many natural integration points between it and its new parent company. It’s easy to imagine, for example, GitHub becoming the hub of Microsoft’s base application developer workflow with a seamless experience with Azure characteristic of Microsoft’s developer tooling at its best. Down the line, it seems plausible that connections will be made between properties as diverse as Sharepoint to LinkedIn.

The more important product that Microsoft acquired today, however, isn’t a product in the traditional sense. By bringing GitHub into the fold, Microsoft now has access to a developer community of unparalleled size, scope or diversity. GitHub became, not overnight but quickly, the largest center of gravity both for individual developers and their employers – the default destination for many. And while those relationships will be tested post-acquisition – are being tested, in fact – this acquisition has fine prospects to succeed, something which would not have been said in the Ballmer-era Microsoft. The real test, as we’ll discuss momentarily, will come in the case of developers’ employers. For now, however, Microsoft has a clear, unambiguous path forward to product success.

As a side note, to be explored later, is the impact that this acquistion will have on the Electron project, which is the foundation on which a number of popular projects are built. Including, most notably, two editors: Atom and VS Code.

As much as the conventional wisdom has focused on the physical products or even communities, the real opportunities with this acquisition, in my view, lie in data and telemetry. Much as with Microsoft’s widely panned pickup of LinkedIn, the real value is in privileged access to the massive body of knowledge the company gains access to. In the case of the business social network, Microsoft added the business rolodexes, employment history, search and communication history and more for millions of business employees worldwide.

With GitHub on board, Microsoft now has the ability to understand on a fundamental level the participation of millions of developers and organizations worldwide on an individual basis. It’s possible to understand this on a limited basis already internally, of course: RedMonk leverages GitHub datasets to do much of our research. But Microsoft will have clean, unrestricted access to the entire GitHub dataset, which is nothing more or less than the most significant data source about worldwide developer activity on the planet. It will also have, in theory, access to non-public repositories, but Microsoft is very unlikely to be clumsy enough to leverage that openly and publicly.

With the appropriate investments in analytics and backend tech – and remember that Microsoft has made significant investments in analytics, AI, cloud and data infrastructure – the new GitHub will be eminently better equipped to both ask and answer questions on developer behaviors, whether those are industry-wide or focused on a single individual. Microsoft can potentially tell customers who their best developers are, and just as importantly how their development organization compares with industry baselines and direct competitors. Those questions all come with some PR risk, obviously, particularly in an era where everyone is more cognizant of how their data is being used for and against them, with or without their consent.

But that’s a matter of execution and leadership. The opportunity here is rare, and the new Microsoft is a business with unrivaled intelligence about knowledge workers and developers alike. Given that data is the most defensible moat to build around a tech business, credit must be given to Nadella for this strategic execution.

It’s impossible to discuss this particular deal without starting with Microsoft’s Satya Nadella. It’s inarguably true, as Kelly Sommers notes, that Microsoft’s embrace of open source significantly predates Nadella’s tenure. RedMonk’s history with Microsoft’s fledgling open source efforts is long, dating back to the days of Jason Matusow, Stephen Walli and later Sam Ramji – here are thoughts from a decade ago on what was holding them back with respect to open source, as one example. The fact is that there have been good, earnest people doing good, earnest work on behalf of open source at Microsoft for a long time. The reality, however, is that for that work to manifest itself publicly, in a way that would materially change the public image of Microsoft as standard bearer for closed source, commercial software, a change in leadership was needed.

But change obviously isn’t universally beneficial. If the change had been from Ballmer to a Ballmer acolyte, it’s highly unlikely you would be reading these words right now. New leadership needed to fundamentally understand that the world that Microsoft came of age in was no longer the one it inhabited, that open source had transcended its roots from an interesting cultural movement to default technical approach and table stakes for technology infrastructure. In Nadella, Microsoft appears to have found that understanding, and it has not trickled down to the rank and file so much as empowered them. Instead of gingerly navigating between so-called third rail issues such as open sourcing the .NET stack – which was met with stony silence when we recommended it years ago – open source advocates within Microsoft could now do what they felt was right operationally.

GitHub, meanwhile, hasn’t faced the same dominant CEO with the wrong mindset scenario, but rather a conspicuous absence of leadership. Long engaged in a CEO search, the company has been ripe for a firm new hand for some time, but seemingly unable to decide on the path forward. As part of this transaction, that vacuum has been filled: Microsoft’s Nat Friedman will be the new CEO.

My history with Nat goes back years, to his time with GNOME/Ximian, forward to Xamarin and subsequently to Microsoft. Along with his talented partner in crime, Miguel de Icaza, Nat has delicately walked the fine line between being a passionate open source advocate and recognizing that proprietary technologies like those from Microsoft had their benefits and their place. Which is one reason that the Mono project originally wasn’t a surprise, nor was Xamarin’s acquisition by Microsoft. Nat has always been an open source believer, but also a pragmatist.

It is this unusual, dual heritage that should serve him well in the new role. If there’s anyone who can simultaneously understand the open source ethos, Microsoft’s old and new roles, and having the vision to build a business, it’s Friedman. Regardless of what GitHub employees may or may not think of Microsoft, it’s likely that one of Friedman’s old colleagues is correct, and that the company is in good hands.

Regardless of Microsoft’s stated intent and active posture, much of the success or failure of a given acquisition depends on its ability to fit into the acquirer’s business model – or not. Above, it was suggested that Microsoft would have struggled with this acquisition in the past due to negative developer sentiment. The larger issue, however, would likely have been misaligned business models.

Microsoft, for the bulk of its history, had been a software company. It developed software, and then sold this software to customers directly or via third parties. It’s only relatively recently that the company has turned its core Office franchise, directionally, into a services business with Office 365, and reorganized the company away from a Windows-centric structure towards one with the cloud at the center.

Longtime observers of Microsoft may recognize how difficult it must have been to change the company’s famously feudal culture, but regardless the timing from an acquisition point of view is excellent. Microsoft is a company increasingly focused on service-based, rather than on-premise, business models, and while GitHub has a healthy on premise model of its own, the strategic importance of the asset is in its service model with the attendant data generation abilities.

The short version is that while an acquisition would not have made great sense for Microsoft five years ago, it makes a great deal of sense for the Microsoft of 2018.

The implications for Microsoft have been discussed, at least in as much detail as can reasonably be expected given that these words are coming to you from an iPad in row 9 seat A of JetBlue flight 916.

The obvious question that remains is what this acquisition means for the rest of the industry. The implications are broad, and range from insignificant to quite significant indeed. Taking them in no particular order.

Disclosure: Microsoft is a RedMonk customer, as are Amazon, GitHub and GitLab.