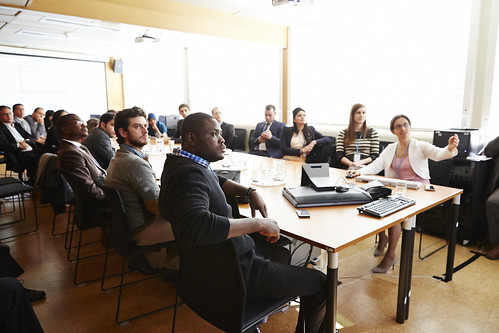 From its first sale to its first round, there are many milestones on a startup’s path to growth. In the technology infrastructure space, one of these milestones is beginning to hold what is commonly referred to as an “Analyst Day.” While certainly not mandatory – Microsoft, for example, used to have them only intermittently – they are common when a startup hits a certain size and velocity. They may be stand alone events, or they may be attached to another, larger event that the company is putting on. In either case, the typical justification for the costs – both literal and opportunity – is that the startup in question has entered a phase of its existence in which analysts have some degree of influence over customers, and it is therefore advisable to have the analysts in to improve the perception of the one time startup.

On paper it’s a simple idea. In practice, analyst days are a complicated set of choices, many dependent on variables that are difficult to quantify. Much depends on the particular product area, its go to market, the analysts in that space and their approach, and so on. As we’ve attended a great many analyst days at RedMonk, and have frequently been asked for input by clients on what works and what doesn’t, here are a few thoughts on how to approach one if your startup either already holds them or is considering doing so.

These are just a few suggestions, and an analyst day as mentioned involves a large number of choices which couldn’t be covered here. Hopefully it’s of some utility to people and companies in the position or organizing such events, however. If any of the AR folks or analysts in the audience have additional thoughts or suggestions, feel free to drop them in the comments.