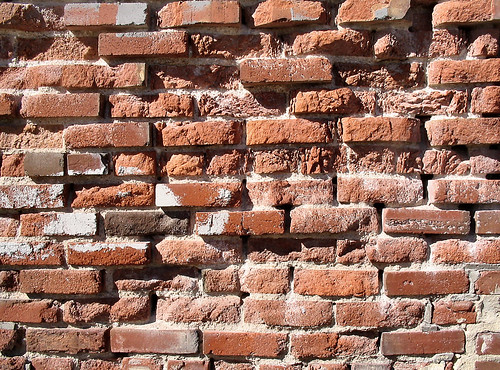 With the arrival of every new major technical wave comes a period of over-exuberance. This becomes evident when every conversation in the industry finds a way to mention the technology flavor of the month, however orthogonal it might be to the discussion at hand. Industry types commonly refer to this behavior as “-washing,” as in: Docker-washing makes it essentially impossible to have a conversation, in any area, that does not mention containers, Docker, or more likely, both. If we haven’t already hit the washing point with the distinct but too often used interchangeably technologies AI, cognitive, deep learning or machine learning (which I’ll collectively refer to here as ACDM), it is most certainly on the horizon.

This is understandable. Most obviously, because ours is an industry that plays follow the leader. Once, the leaders were enterprise technology vendors and financial services enterprises. Today, it’s internet companies that operate at massive scale. As these large businesses pour immense resources into academic researchers, software developers and the infrastructure to support them, it’s only natural that startups and less sophisticated enterprises will follow in their wake. Particularly when the path is smoothed by the accelerating tendency of leaders to make at least some portion of their stack available as open source software (e.g. CNTK/DMTK, TensorFlow).

It’s also unsurprising that startups are flocking to attach themselves to ACDM technologies because of the category’s technical promise for both buyer and seller. End users are enthralled by the prospect of software-based customer service virtual employees and near-magical algorithms that identify patterns or dispatch resources far better than any human ever could. Vendors, meanwhile, look at the market and see the opportunity to differentiate their products from prior generations, and from competing vendors, although the latter ability is fading as entire markets rush to ACDM-wash their existing messaging.

Setting the question of whether it’s overhyped aside, it’s useful to consider the basic requirements for any business who wishes to be a player in the ACDM space, the most obvious of which is talent. Talent which is scarce, and therefore both expensive and able to be extremely selective about their opportunities. The reality is that, at present, very few businesses can attract the kind of people necessary to be considered a market leader in the space. If this seems overly pessimistic, talk to people like Hilary Mason about the conversations they’re having with even very large enterprises.

Easier to acquire, but still expensive at scale, are the hardware resources. Fleets of machines are required to be competitive in the space, and in many cases, fleets of non-standard, specialized hardware. The cloud has obviously lowered the bar in this area, granting even individuals access to thousands or tens of thousands of machines without having to incur the upfront capital expense, not to mention the setup overhead, all of which can be used ephemerally as transient resources.

But the market suggests that it is neither people nor hardware resources that are key to success in the ACDM space. Data is far more likely to be the differentiator.

Consider that most if not all of the would be players in this market have the financial resources to acquire the physical resources. People, while currently scarce, will only become more available over time as students flock to ACDM courses in physical or virtual educational settings in response to the current market demand. Top level talent will, as ever, be costly, but the overall talent pool will increase, moving hiring from impossible to merely difficult.

Data, on the other hand, is a resource that can be accumulated only over time and with difficulty, expense and commitment. There’s a reason, for example, that Amazon and Google have created devices like the Echo and Home, respectively, and it’s not to sell low-margin, infrequently upgraded devices to consumers. Those businesses exist for the same reason that Google originally created 1-800-GOOG-411: the companies need data – all that they can get their hands on. Which is the same reason IBM bought the Weather Company for $2B, and at a minimum one of the major motivations for Microsoft’s $26B purchase of LinkedIn. It’s also why it’s safe to take Salesforce’s Einstein product seriously, even if it’s a late entrant to the market, and why Facebook is one of the most important companies to watch in the space. In a different sector, data is one of the key selling points for GE’s Predix platform.

The crucial role that data plays to AI efforts is, of course, well understood. Which is why it’s curious to see higher levels of attention on the people and software sides of the equation, with comparatively less attention paid to the various ingestion channels would be players in the space are either acquiring, creating for themselves or both.

As it becomes clear over time that data-based businesses are inherently less vulnerable to the industry’s boogeyman – disruption – expect this to change. Because with a sufficient supply of clay, you can produce a lot of bricks. Bricks which can be used to wall off your business, or wall others in.