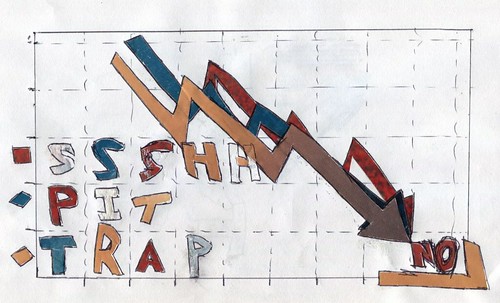 Four years ago this month, Red Hat became the first pure play commercial open source vendor to cross the billion dollar revenue mark – beating my back of the envelope forecast in the process. This was rightfully greeted with much fanfare at the time, given that if you go back far enough, a great many people in the industry thought that open source could never be commercialized. Enthusiasm amongst open source advocates was necessarily tempered, however, by the realization that Red Hat was, in the financial sense, an outlier. There were no more Red Hat’s looming, no other pure play commercial open source vendors poised to follow the open source pioneer across the billion dollar finish line.

Four years later, there still aren’t. Looking around the industry, Red Hat remains the sole example of a pure play open source organization matching the revenue generated by even modest-sized proprietary alternatives, and as was the case four years ago, there are no obvious candidates to replicate Red Hat’s particular success.

Which has, understandably, led to assertions that – in the non-literal sense – open source can’t make money and is difficult to build a business around. Assertions for which there are exceptions like Red Hat, but that are generally defensible based on the available facts.

What these discussions typically omit, however, is that – as we’re reminded by by Adrian Cockcroft – it’s also getting harder to make money from proprietary software. As has been covered in this space for years (for example), and in book form in The Software Paradox, sales of software generally have been on a downward trajectory over the past decade or more. Notably, this is true across software categories, consumer to enterprise. From large software providers such as IBM, Microsoft or Oracle seeing systemic declines in software margins, revenue or both to consumer companies like Apple taking the price of their operating system from just under $200 to zero, the simple fact is that it’s getting more difficult to monetize software as a standalone asset.

It’s far from impossible, obviously: Microsoft’s revenue stream from software as but one example is measured in billions in units of ten. But when you look across industries, at company after company, the overall trendline is clear: it’s harder to make money from software than it used to be – regardless of whether the model employed is volume or margin, open or closed. Smart companies realize this, and are already hedging themselves against these declines with alternative revenue models. There is a reason why we’re having a lot more Software Paradox-related conversations with our clients today than we would have even a few years ago: the writing is on the wall.

So yes, we are no more likely to see another Red Hat today than we were four years ago. But that says a lot less about the merits of open source as a model than it does about commercial valuations of software in general.