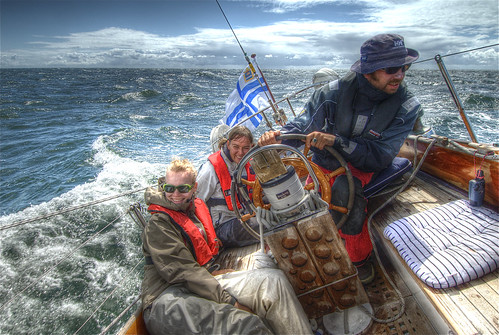 Even five years ago, evidence that the role of software was changing was not difficult to find. Microsoft, long the standard bearer for perpetual license software sales, had seen its share price stall for better than a decade. Oracle was in the midst of a multi-year decline in its percentage of revenue derived from the sale of new licenses. Companies that made money with software rather than from it, meanwhile, such as Amazon, Facebook and Google were ascendent.

It wasn’t that software had become unimportant – quite the contrary. It was becoming more vital by the day, in fact. As Marc Andreessen pointed out later that year, across a wide number of traditional industries, the emerging players were more accurately considered technology companies – and more specifically, software companies – that happened to operate in a given vertical than the reverse.

This counterintuitive trend was what led to the publication of “The Software Paradox,” which attempted to explain why software could become more valuable and less saleable at the same time. And what companies within and outside the software industry should do about it.

One of the most important factors in both making software more difficult to sell and more vital to an organization was open source. In general, organizational attitudes towards open source tended to be informed by a variety of factors, but could be roughly categorized along generational lines. This classification was presented to the OSBC audience in 2011:

While it’s certainly possible to debate the minutiae of these classifications, the more interesting question is whether they would persist. Recently, we’ve begun to see the first signs that they will not. That second and third generation organizations that believed – at minimum – in software as a protectable asset have begun to evolve away from these beliefs.

Google’s release of TensorFlow was particularly interesting in this regard. Google’s history with open source software was and is complex. The company was built atop it, and as representatives like Chris DiBona are correct to note, in the form of projects such as Android Google has contributed millions of lines of code to various communities over time. But it tended to be protective of its infrastructure technologies. Rather than release its MapReduce implementation as open source software, for example, it published papers describing the technologies necessary to replicating it, out of which the initial incarnation of Hadoop was born.

With TensorFlow, however, Google declined to protect the asset. Rather than make the code replicable via the release of a paper detailing it, it released the code itself as open source software. As Matt Cutts put it:

In the past, Google has released papers like MapReduce, which described a system for massive parallel processing of data. MapReduce spawned entire cottage industries such as Hadoop as smart folks outside Google wrote code to recreate Google’s paper. But the results still suffered from a telephone-like effect as outside code ran into issues that may have already been resolved within Google. Now Google is releasing its own code. This offers a massive set of possibilities, without reinventing the wheel.

This move is relatively standard at fourth generation companies such as Facebook or Twitter, but it represents a change for Google. A recognition that the benefits to releasing the source code outweigh the costs. While the market’s understanding of and appreciation for the benefits may lag – the WSJ writeup of the news apparently required a quote to confirm that “It’s not a suicidal idea to release this” – Google’s does not.

For many years and across many teams at Microsoft, open source was a third rail issue. In spite of the rational, good work done by open source advocates within the company like Jason Matusow or Sam Ramji, the company’s leadership delivered a continual stream of rhetoric that alienated and antagonized open source communities. Unsurprisingly, this attitude filtered down to rank and file employees, many of whom viewed open source as an existential threat to their employer, and therefore was something be fought.

With years and a change in leadership, however, Microsoft’s attitude towards open source is perceptibly shifting. While the company has been moving in this direction for years, recent events suggest that the thawing towards open source has begun to accelerate. In November of last year, nine months after Satya Nadella took the reins at Microsoft, large portions of the company’s core .NET technology were released as open source. Last April, the awkward Microsoft Open Technologies construct was decommissioned and brought back into the fold. Seven months after that, Microsoft inked a partnership with open source standard bearer Red Hat, one that president of product and technology Paul Cormier “never would have thought we’d do.” And most recently, the company’s Visual Studio Code project – built on Google’s Chromium among other pieces of existing open source technology – was itself open sourced in a bid to make the editor truly cross-platform.

It can certainly be argued (and was by RedMonk internally) that many of these are simple and logical decisions that should have been made years ago. It’s also important to note that Microsoft’s twin mints, Office and Windows, remain proprietary in spite of public comments contemplating the alternative. All of that being said, however, it’s difficult to argue the point that on multiple levels, it is, as engineer Mark Russinovich says in the above linked piece, “a new Microsoft.”

What does it mean when an organization that saw software as an asset worth protecting commits to open source? Or one that viewed software as the ends rather than the means and had tens of billions of dollars worth of evidence supporting this conclusion? The short answer is that it means that open source is being viewed more rationally and dispassionately than we’ve seen since the first days of the SHARE user group.

Open source is being viewed, increasingly, as neither an existential threat nor an ideological movement but rather an approach whose benefits frequently outweigh its costs. There’s a long way to go before these concepts become truly ubiquitous, of course. Even if the most anti-open source software vendors are beginning to come around, the fact that the announcement of Capital One’s Hygieia project was considered so unusual and newsworthy suggests that enterprises are lagging the vendors that supply them in their appreciation for open source.

But if the above generational classifications begin to break down in favor of nuanced, strategic incorporation of open source, that will be a good thing for the market as a whole, and for the developers that make it run.

Disclosure: Neither Google nor Microsoft is a RedMonk customer at present.