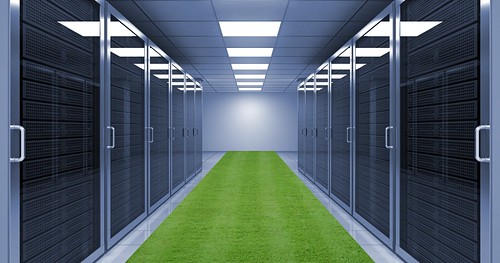 Following the departure of Steve Ballmer, one of the outgoing executive’s defenders pointed to Microsoft’s profit over his tenure relative to a number of other competitors. One of those was Salesforce.com, which compared negatively for the simple reason that it has not generated a net profit. This swipe was in keeping with the common industry criticism of other services based firms from Amazon to Workday. As far as balance sheets are concerned, services plays – be they infrastructure, platform, software or a combination of all three – are poor investments. Which in turn explains why the upward trajectory common to the share prices of firms of this type has generated talk of a bubble.

Recently, however, Andreessen Horowitz’ Preethi Kasireddy and Scott Kupor questioned in print and podcast form the mechanics of how SaaS firms in particular are being evaluated. The source will be an issue for some, undoubtedly, as venture capitalists have a long history of creatively interpreting financial metrics and macro-industry trends for their own benefit. Kasireddy and Kupor’s explanations, however, are simple, digestible and rooted in actual metrics as opposed to the “eyeballs” that fueled the industry’s last recreation of tulipmania.

The most obvious issue they highlight with services entities versus perpetual software models is revenue recognition. Traditional licenses are paid up front, which means that vendors can apply the entire sale to the quarter it was received which a) provides a revenue jolt and b) helps offset the incurred expenses. Services firms, however, have typically incurred all of the costs of development and customer acquisition up front but are only able to recognize the revenue as it is delivered. As they put it,

The key takeaway here is that in a young SaaS business, growth exacerbates cash flow — the faster it grows, the more up-front sales expense it incurs without the corresponding incoming cash from customer subscriptions fees.

The logical question, then, is this: if services are such a poor business model, why would anyone invest in companies built on them? According to Kasireddy and Kupor, the answer is essentially the ratio of customer lifetime value (LTV) to customer acquisition costs (CAC). Their argument ultimately can be reduced to LTV, which they calculate by some basic math involving the annual recurring revenue, gross margin, churn rate and discount rate, and then measure against CAC to produce a picture of business’s productivity. The higher the multiple of a given customers’s lifetime value relative to the costs of acquiring same, obviously, the better the business.

Clearly businesses betting on services are doing so – at least in part, competitive pressures are another key driver – because they believe that while the benefits of upfront perpetual licensing are tempting, the more sustainable, higher margin approach over the longer term is subscriptions. Businesses like Adobe who have made this transition would not willingly leave the capital windfall on the table otherwise. Which means that while we need more market data over time to properly evaluate Kasireddy and Kupor’s valuation model over time, in particular their contention that services plays will be winner-take-all by default, it is difficult to argue the point that amortizing license fees over time allows vendors to extract a premium that is difficult to replicate with up front, windfall-style licensing. Even if this alternative model cannot justify current valuations, ultimately, it remains a compelling argument for why services based companies should not be evaluated in the same manner as their on premise counterparts.

But there is one other advantage to services based businesses that Kasireddy and Kupor did not cover, or even mention. If you listen to the podcast or read the linked piece, the word “data” is mentioned zero times. Which is an interesting omission, because from this vantage point data is one of the most crucial structural advantages to services based businesses. There are others, certainly: the two mention the R&D savings, for example, that are realized by supporting a single version of an application versus multiple versions over multiple platforms. But potentially far more important from my perspective is the inherent advantage IaaS, PaaS and SaaS vendors have in visibility. Services platforms operating at scale have the opportunity to monitor, to whatever level of detail they prefer, customer behaviors ranging from transactional velocity, collaboration rates, technology preferences, deployment patterns, seasonal consumption trends – literally anything. They can tell an organization how this data is trending over time, they can compare a customer against baselines of all other customers, customers in their industry, or direct competitors.

Traditional vendors of on premise technologies sold under perpetual licenses need to ask permission to audit the infrastructure in any form, and to date vendors have been reluctant to grant this permission widely, in part due to horrifically negative experiences with vendor licensing audit teams. By hosting the infrastructure and customers centrally, however, services based firms are granted virtually by default information that sellers of on premise solutions would only be able to extract from a subset of customers. There is a level of permission inherent in working off of remotely hosted applications. It is necessary to accept the reality that literally every action, every behavior, every choice can (and should) be tracked for later usage.

How this data is ultimately used depends, of course, on the business. Companies like Google might leverage the data stored and tracked to serve you more heavily optimized ads or to decide whether or not to roll out more widely a selectively deployed new feature. Amazon might help guide technology choices by providing some transparency into which of a given operating system, database and so on was more widely used, and in what context. The Salesforce and Workday’s of the world, meanwhile, can observe in detail business practices, compare them with other customers and then present those findings back to its customers. For a fee, of course.

Which is ultimately why data is an odd asset to ignore when discussing the valuation of services firms. Should they execute properly, vendors whose products are consumed as a service are strongly differentiated from software-only players. They effectively begin selling not just software, but an amalgam of software and the data-based insights gleaned from every other user of the product – a combination that would be difficult, if not impossible, for on premise software vendors to replicate. Given this ability to differentiate, it seems likely that services firms over time will command a premium, or at the very least introduce premium services, on top of the base software experience they’re delivering. This will become increasingly important over time. And over time, the data becomes a more and more significant barrier to entry, as Apple learned quite painfully.

This idea of leveraging software to generate data isn’t new, of course. We at RedMonk have been writing about it since at least 2007. For reasons that are not apparent, however, very few seem to be factoring it into their public valuations of services based businesses. Pieces like the above notwithstanding, we do not expect this to continue.