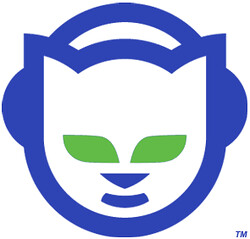 While the record industry would have you believe that Napster’s meteoric rise was driven exclusively by thieves, the reality was that it was a desire for a product that record companies would not provide. Napster offered music available for dowload without draconian restrictions as well as the ability to download individual tracks rather than an entire album. Services that the record industry reluctantly agreed to years later. Years that the record industry also spent fighting a multi-front scorched earth legal battle against users of file sharing services that sprang up in the wake of the fall of Napster. When they finally did break down and sell music online, they were compelled to work with a much stronger player than Napster ever was.

But what if the music industry had been a rational actor and made the decision not to fight the tide, seeking agreements with Napster similar to the ones they employ today with Amazon, Apple and eMusic? What if they had recognized in those 26 million Napster users not thieves but potential customers and given them what they implicitly asking for: a more convenient way to obtain music?

The question is important because it’s essentially the same question facing enterprise IT today.

Napster made music available to anyone with an internet connection. For decades, enterprises have endured provisioning delays measured in months. Today, as Flip Kromer says, “EC2 means anyone with a $10 bill can rent a 10-machine cluster with 1TB of distributed storage for 8 hours.” It’s the end of procurement as we’ve known it.

Enterprise IT faces the same decision that the record industry once did: fight the tide or get out in front of it. Even setting the public relations damage aside, the returns of the former strategy for the record industry have been unimpressive. Given that developers have an increasing portfolio of accessible open source software and cloud services available to them, it’s unlikely that an enterprise crackdown on so-called shadow IT will be materially more effective. And then there’s question of whether throttling the constituency within your business that wants to move fastest is generally a good idea.

Why not enable them, then? Instead of firewalling the services Shadow IT wants, provide them centrally. Turn the tools that you are wasting your time fighting into an enticement to come out of the shadows. You’ll have better, if still imperfect, visibility into consumption and usage patterns as well as shorter development cycles. What’s not to like?

The RIAA missed their Napster opportunity. You don’t make the same mistake.

Bonus: My slides from the RightScale conference address this subject in more detail if you’re interested.