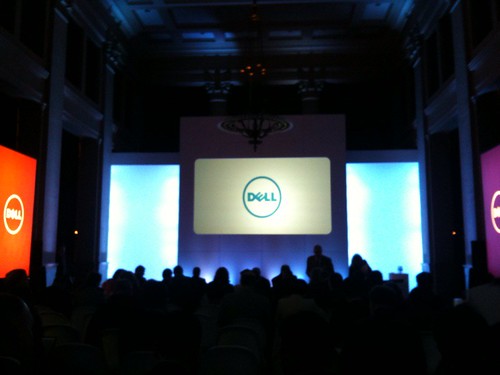 If I told you that the most interesting thing I heard from Dell at their analyst event last week was the fact that their design point for their hardware is the medium sized business, would you consider that an indictment? Well, you shouldn’t.

Dell, like a lot of larger enterprises these days, is bullish on virtualization, billing the present as “The Virtual Era.” And while it might seem illogical for a maker of physical hardware to be heavily touting the benefits of virtual hardware, the mismatch is not so great as you might suppose. In spite of the ever improving ability of virtualization providers to cram more VMs onto a given piece of physical infrastructure, VMs need to sit on hardware, somewhere. Virtualization simply makes that hardware easier to utilize. Lowering the barriers to consumption, in turn, generally has one effect: it increases consumption. Think about it. If you lower the price of gas, do you sell more or less gas? So goes the thinking from purveyors of infrastructure, and that thinking is correct.

Part and parcel of virtualization in the “Virtual Era,” of course, is cloud computing. Dell had that angle well covered, calling themselves the #1 provider of cloud infrastructure today. And with customers like Facebook and Microsoft (Azure), and to a lesser extent Ask.com, that claim may be correct. Even it is not, however, and Google’s sprawling datacenters housing their homemade hardware outweigh Dell’s deployed volume, Dell is for many the defacto hardware platform of the web. Why? Because Dell, unlike the larger systems players, is able to sell to small and medium sized businesses. The kinds of small businesses that grow up to be Facebook, in fact. Cue Joyent’s tale of woe with HP and Sun versus their success with Dell.

Speaking of Joyent, back to the cloud. As my colleague wryly observed, Dell’s got the marketing angle covered, stealing a page from Oracle’s “G” branding with their PowerEdge C1100, C2100, and C6100 offerings. “C” for cloud, get it? The Dell marketing calls them “hyperscale-inspired” and “purpose-built for cloud computing, HPC, Web 2.0” and so on, but ignore that. What they are are machines well suited to the tasks of cloud computing. High memory server for workloads like memcached? C1100. Analytics/big data/database machine? C2100. Etc etc.

But hardware is of course just one piece of the equation, and at least when it comes to the cloud, potentially the least interesting part. Good news for Dell is that their software story is quite credible. Much of the public discussion centered on Dell’s selection of Joyent as the software layer for their cloud solution for web applications, for good reason. Because while most Platform-as-a-Service fabrics like Force.com, Windows Azure or the software layer powering Google App Engine are available in public cloud form only (with the rare exception), Dell’s giving customers the opportunities to run the same cloud software layer that powers Joyent, privately. An interesting differentiation point.

Nor is that the extent of Dell’s cloud partner story. Also high visibility at the event were Canonical (Ubuntu) and Eucalyptus. The former being the most ubiquitous Linux distribution on a non-commercial basis, the latter an open source cloud middleware offering with VMware and Amazon compatibility, the combination is a cloud platform enjoying wide circulation these days. Meaning that it’s yet another option for Dell customers interested in moving to the cloud. As are both Microsoft and VMware, yet more launch partners covered at the event.

It will be interesting indeed to see how Dell manages this crowded stable of competing partners, but you certainly can’t fault them for choice. Whether enterprises are moving towards the cloud in what Dell terms revolutionary (platform based, application oriented) or evolutionary (infrastructure based, virtualization oriented) steps, they’ll have options. For both hardware and software. Not just platforms for software, either: two of the other software partners were aster data and Greenplum, indicating that Dell perceives the same big data opportunities that the rest of do.

While all of the above is interesting, however, and a sound strategy for Dell, it all hinges on the design point. By building their products for and orienting their sales force towards even the small and medium businesses, rather than the typical design for the Fortune 50 and then arbitrarily ripping out features, Dell’s able to sell even to the little guys.

Which is important, not just because some of those little guys could grow up to be Facebook or Google. It’s important because it doesn’t matter how good your technology is if you can’t sell it to lots of people. At least not if you’re Dell. My one complaint was that Dell spent an inordinate amount of time talking about the CIO, who are more often than not no friend to the PHP, Python, Ruby, et al workloads explicitly and actively courted. But as long as the design point remains the medium sized businesses, those boxes will continue to find their way into the right hands, with or without CIO approval.