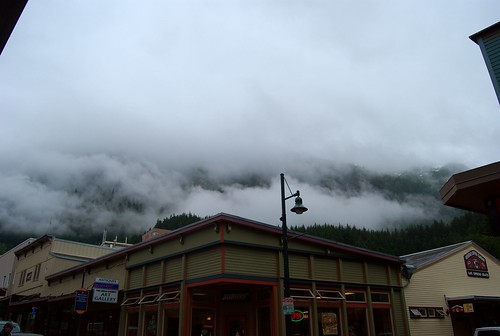 But before we call them – and count them – out, let’s consider for a moment the history of the software industry. Before the cloud, before software as a service there was this weird little trend called open source. This bizarre practice involved opening (read: giving away) your source code (read: your software) so that anyone, your competitors included, could use it. For free.

Odd as this might have seemed at the time, of course, open source allowed the small to compete with the big by leveraging rather than submitting to their weaknesses. It’s sometimes difficult to remember in this Google-obsessed age, but during Windows 95’s heyday, it was natural to conclude that Microsoft was the once and future provider of all the technology that one might reasonably require. Of course we’d once thought the same about IBM, but this was different. Microsoft was different.

My how things change. And stay the same, to be fair, as Microsoft hasn’t exactly gone the way of SGI. But anyone who’s watched the Microsoft business over the past decade or so will tell you that open source has been a disruptive influence on the firm, top to bottom. As if it wasn’t enough that monopolies like the browser and operating system markets were threatened by open source alternatives, its biggest and most terrifying competitors were building their own businesses on software they didn’t have to develop. Not that Microsoft’s been alone in feeling the corrosive disruption of free software, of course; it could and has been argued, in fact, that the biggest single reason that Sun is about to be subsumed into Oracle is the LAMP stack.

To explore the specifics of how open source might impact the cloud, let’s indulge in a bit of Q&A.

Q: Before we begin, do you have anything to disclose?
A: Yes indeed. Folks with relevant technologies like Canonical, Cloudera, Convirture, Dell, IBM, Reductive Labs, Red Hat, Microsoft, Sun and so on are RedMonk customers, while we ourselves are customers of providers of Amazon and Google.

Q: To continue the above: could history repeat itself? Could David beat Goliath – again – in the cloud space, on the backs of free software?
A: Frankly, I doubt it.

Free software is not, by itself, enough to overcome the aforementioned economy of scale advantages enjoyed by the Amazon’s, Google’s, and Microsoft’s of the world, let alone the larger, enterprise focused systems players like HP, IBM, and Oracle (why not you too, Cisco?). But that, to me, is not the interesting question.

Q: What is the interesting question, then?
A: What we should be asking is not whether free software can replace Amazon et al, but whether or not it can power a viable cloud alternative. An alternative sufficiently viable to keep the big guys honest and prevent lockin. On the answer to that question, to me, hinges nothing less than the future of the cloud market.

Q: Why is that question so important?
A: First, there’s the aforementioned question of lockin. Neither customers nor the governments that tax them can be trusted to stave off damaging monopolies, in my opinion. History demonstrates conclusively that IT staffs, necessarily focused on the present, will happily sacrifice the future for the sake of Getting Things Done today. Equally clear is the fact that governments, when finally awakened to anticompetitive threats, generally do too little, too late. Meaning that the best hope for an open and vibrant playing field – i.e. a market of cloud providers not intent on locking you in at the first opportunity – in future is competition for the existing players.

Besides their monopoly-resistant properties, open source cloud software could play an important role in the rise of so-called private clouds – cloud infrastructures that are run on-premise. Whether one agrees or disagrees with the concept of private clouds or not, they’re coming. For compliance, privacy, uptime and a host of other reasons. Given that one can’t replicate the platforms of an Amazon, a Google or a Microsoft internally, it would seem to make public to private or vice versa transitions challenging in the extreme.

(Re)enter open source. Though some might point to interoperability and standards conversations as the most promising candidates for ensuring adequate competition in the cloud space, my experience in other standards arenas leads me to assign greater value to reference implementations of said standards. Open source implementations, more specifically, because at the end of the day the entire interoperability and standards discussion is about ensuring a level playing field. Throw in the fact that open source could potentially allow replication of the public cloud stack privately and you might yet see enterprises and governments pushing for open source.

Q: Are the benefits for open source cloud offerings strongest within the customer, then?
A: Not at all. Lost in discussion of cloud development has been the fact that the development platforms and targets are changing, and quickly. The level of interoperability that even unwieldy standards like J2EE offer is generally absent in the cloud. Platform as a service (PaaS) customers are writing applications, typically, to a completely proprietary abstraction layer, whether it’s offering by Google, Salesforce or someone else. And even Infrastructure as a Service (IaaS) customers deploying to enterprise standard platforms like RHEL will find their deployments regrettably unique, be that in the way that storage is accessed or the instances themselves are managed.

As Matt points out above, then, open source is going to be the primary mechanism with which startups compete, in my view. In the two primary styles of cloud implementations, IaaS and PaaS – what I’ve previously termed instance and fabric – we’ve seen dramatically different economic opportunities. With IaaS, the opportunities for developers and vendors has typically been to abstract the infrastructure via management, clustering and provisioning type applications. These opportunities are, frankly, likely to dwindle as Amazon increasingly offers these services itself. Within PaaS ecosystems such as Google or Salesforce, there is even less opportunity, in that the fabric is responsible for many of the tasks currently being serviced by vendors operating in the IaaS ecosystem. Most cloud vendors are building on Google or Salesforce rather than around them.

In other words, it’s a competitive market, and it’s only going to get more competitive as the bigger systems players rapidly pivot and reposition their wares for use in the cloud.

So how do you compete? Realistically, unless your company letterhead reads Google, IBM, Microsoft, Oracle or Salesforce, you’re probably going to have a hard time convincing even medium size cloud customers to write to something other than Amazon.

Unless, of course, you can develop a credible alternative that is popular enough to assuage concerns about longer term viability. Which pretty much means you’re going the open source route, in my view. Thus it is that the combination of open source and cloud is even more important for developers than it is for customers.

Q: Are any developers seeing things in those terms?
A: Sure. Take Cloudera, who’s offering a suite of commercial services around the open source Hadoop platform. Or the folks from Reasonably Smart – recently acquired by the folks from Joyent – who offer up the code from their Git and Javascript based PaaS layer with the following explanation: “we see [open source] as the only real way to make our platform truly attractive. Other Platform-as-a-Service providers may state a desire to be open, we’ve been that way from day one.”

Q: Is the cloud a natural ally for open source?
A: Not at all. One of the godfathers of the free software movement, Richard Stallman, has called cloud computing “stupidity.” Others have argued that software deployed to the cloud obsoletes open source licenses, undermining the point of the software itself, with some even going so far as to call the loophole that permits this “a cancer.”

Q: Is there evidence to support these concerns?
A: Not much that I can see, candidly. Though the thinking is sound, in practice there are a great many healthy open source projects that are primarily deployed in network settings. From Hadoop to WordPress, well managed open source projects are succeeding without resorting to the more severe restrictions of the AGPL.

Q: Besides customers like enterprises and governments, who might most benefit from an open source cloud stack?
A: In a word: hosts. Given the stark economic reality that the major provider cloud providers’s economic advantages will expand with the growth they’re currently experiencing, what are smaller providers to do? Embracing open source seems to be the clearest response. Much as smaller and medium sized hosts worldwide today run Debian, Fedora, CentOS or Ubuntu as a means of minimizing their expense, so too are tomorrow’s would be cloud providers likely to embrace open cloud stacks in an effort to remain competitive in the burgeoning cloud market.

Besides, it’s not clear how big a cloud market will be left when the big guys are finished carving it up. If you assume (as you probably should) that IBM customers are more than likely to leverage an IBM cloud, HP customers an HP cloud and so on, you’ve already lost an important portion of the Global 100. Then consider the entrenched strength of the category’s market pioneer in Amazon and the relative strengths of communities that the likes of Google and Salesforce.com can sell into, and the addressable market is dwindling rapidly.

LAMP, with its flexibility, simplicity and perhaps most importantly – lack of upfront licensing costs – fueled an explosion in the hosting services market once upon a time. It’s entirely possible that a similarly open source cloud stack could do the same, particularly since far more software is delivered via the network than when the hosting industry first expanded.

Q: What is this cloud LAMP stack going to look like?
A: What we’re going to see, what we’re beginning to see, I think, is a loose coalition or confederation of projects and vendors that will together comprise an increasingly viable top to bottom alternative to some of the cloud providers today. We’re clearly not going to see an Amazon or a Google spring forth, complete, overnight, but the fact is from management to virtualization to operating systems to cloud provisioning the open source alternatives to the current proprietary cloud stacks are more credible by the day.

Q: Which projects and vendors will be part of this “coalition?”
A: Ultimately, there will have to be a variety of participants with varying aims and interests, but they’re probably going to look a lot like the recent Eucalyptus/Ubuntu partnership. Besides Linux (all flavors) and Eucalyptus, examples of projects I would expect to see considered for various roles in an open source cloud stack would be things like ConVirt, Drizzle, Hadoop, Puppet, Reasonably Smart and so on. Which is not to mention critical enabling technologies like KVM or potential API candidates like the one GoGrid made available under a CC license.

As you can tell, it’s far too early to begin casting for the new acronym, but it’s clear to me that there are going to be options for those that wish to pursue open source cloud computing. Which should be obvious, since most of the existing clouds are built on open source.

Q: What about timeframes: what are your expectations in terms of when the open source cloud will arrive?
A: It’s far too early to tell. What I would say instead is that the clock is ticking, and that the network effects favor the incumbents, so if I were an open source provider with cloud ambitions, I’d be ramping up the partnership and alliance conversations as quickly as possible.

If you happen to be one such developer or vendor, drop us a line and we’ll do what we can to help connect you to similarly interested parties.