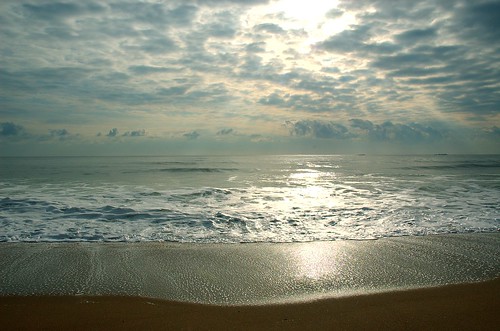 Things were supposed to be different this week. After a relaxing Thanksgiving weekend, which saw the family travel to me here in Maine, I expected to roll into this week recharged and productive. The production’s been fine – excellent actually, but it would seem that I need a bit more than two days off to recharge the batteries, because I’m still stumbling a bit. Fortunately Christmas and the annual two week hiatus it signals are on the way, so I’ve got that to look forward to.

In the meantime, I’ve got a number of ongoing efforts that require my attention: some of which you’ll hear about shortly, some of which you’ll hear about eventually. Before I get to the grab bag, I appreciate the feedback that has literally poured in following the publication of my What Should Sun Do piece. The majority of the feedback – whether it agrees, or argues that I’m mentally suspect – has been constructive in nature, which is all that one can reasonably ask.

Anyway, a grab bag of items that aren’t going to get entries of their own. Enjoy.

Following the publication of the Sun piece, I’ve had a number of commenters point out that the engineering costs of projects such as NetBeans and OpenOffice.org are emphatically not the real problem facing Sun, and I would readily concede this point – if we’re merely talking about the economic costs. True, I don’t have access to the figures that would tell me in real terms what the expense is to Sun for such projects, but I’m not inclined to argue the point. And if we’re weighing the question of whether or not the expense structure is outweighed by the branding and distribution gains of NetBeans and OO.o, there’s room for debate.

But when I’m assessing the product cost from an organizational standpoint – whether we’re talking about Sun or anyone else – the economics are just one portion of the equation. Whether the audience is analysts, developers, media or enterprises, each product represents an attention cost as well as an engineering expense. That is to say that the products need to be marketed, pitched, discussed, analyzed, reviewed, explained, and positioned – if not sold.

And while bandwidth is not a zero sum equation – it would be inaccurate to say that every minute spent talking about OO.o, for example, is a minute that isn’t spent talking about, oh, OpenSolaris – neither is attention infinite. And the more products that are maintained and talked about, the more diffuse the macro message.

Not that this is unique to Sun, of course; this is a frequent conversation we have with those of our customers with large, complicated product porfolios.

A couple of weeks back, after mourning the demise of Muxtape, Justin was kind enough to point me at the very Muxtape-like Favtape. Muxtape, if you’re unfamiliar with it, was a simple service that allowed you to upload a series of tracks to create a playlist, which you could then distribute to friends that could listen the playlist via an exceedingly simple Flash enabled web front end. While simple in concept, this allowed me – a real fan of music, and new music in particular – to quickly put together mixes for folks I knew with similar tastes, to introduce them to music they may not have heard yet. Which, unsurprisingly, they ended up purchasing. Frequently.

Just as unsurprisingly, the RIAA – upon getting wind of the service – moved in, in their infinite wisdom, and forced the creator to shuttle the service. Why, after all, when music discovery remains a massive barrier to purchase, would they want to enable a service that allowed fans of particular artists to try and turn their friends into fans of the same artist? With a service that did nothing to directly enable file-sharing, please note.

Given Muxtape’s fate, it seems inevitable that Favtape will eventually run afoul of the only industry I’ve ever known that acts against its own interests. Repeatedly. Maybe they’ll be spared, as they don’t permit user uploading, but I doubt it. Which will be a shame, because I’ve really enjoyed putting together playlists for friends, and I know several folks that have bought music directly as a result of something they’ve heard.

But until that day, enjoy Favtape. And feel free to give my Favtapes a listen.

Simon and a few other people I know have been pointing out that users – like myself – that allow Flickr to consume the GPS EXIF data attached to the pictures taken with your iPhone are potentially revealing – inadvertently – their home address. Which is true, and a very real, legitimate concern.

But as an unlikely candidate for stalkers, I’m actually pretty impressed with the technology. I’m not as much scared as pleased that pictures taken with the iPhone are automagically tagged and placed on a map, because frankly I’m lazy, and most of my photos remain unlocated.

Kindles, and Why I Don’t Want One

Wherein one of the – happy – Kindle users I know explains for me why I won’t get one:

I like the Kindle. Indeed I love it. But I can’t indulge my penchant for giving away books thanks to this selfish device. I can tell people to read “Moneyball” but I can’t back that up by emphasizing my desire to share that experience by giving them my copy. The Kindle, ultimately, is a selfish device that cannot be loaned. Last week, while driving my son home from college, I sang the praises of “Shadow Country,” this year’s National Book Award in fiction. But I can’t lend it to him and indeed, tragically, I don’t have a physical copy to park on my favorite shelf next to the previous three books in the Watson series.

On paper, I’m the perfect Kindle customer: I travel a lot, I’m comfortable with technology, and I’m even more comfortable with a high percentage of my assets – photos, writing, music, and so on – existing solely in digital form. Still, I have less than no interest in a Kindle.

For different reasons than David, however: I’m far less generous with my books. My mother, in fact, was forced to read Helprin’s Soldier of the Great War in a day (she’s a bit scary that way) because I declined to let her take it back to New Jersey with her. No, my problem with the Kindle is not – at least primarily – that you can’t loan the books, but rather that they are tied to a very specific, and frankly ugly, device. What if, for example, your Kindle breaks, and you either don’t want to or can’t afford to replace it? So much for your books – they’re gone. At least with iTunes purchased tracks, you can burn them to a CD and port them to a different platform.

Not so with the Kindle. Your freedom to leave is non-existent, and as a result it’s not a platform I’ll be investing in.

There’s been a sharp uptick in the recycling of open source themes lately. First Gartner “shocked” everyone by confirming that yes, in fact, open source was ubquitous. Then we learned that the open source model was “broken.” Funny how the model that’s put F/OSS software everywhere is broken, but I’ll leave that conversation for another time.

In the meantime, for those of you who inquired as to our position on the latter claim, I’ll simply say that a.) the observation isn’t new, and b.) the answer – from where I sit – is not “collaboration,” but telemetry, and leave it at that.

Upon learning that I spend the bulk of my time living in a town where the nearest bar – in the winter, anyway – is a 9 mile drive away, most people are amused. When they hear that I have no TV service, however, they’re generally less amused than horrified. How, they ask, can you subsist with no television, let alone in a town who’s winter population probably doesn’t break a thousand.

Pretty easily, actually. First, I don’t watch much TV even when I have it: the Simpsons (no, not the current seasons), Family Guy, and any Discovery/National Geographic show about either sharks or bears. That’s about it. But more importantly, if I want TV, I can get most of it now via the web. Hulu keeps me up to date with the Family Guy, and I’ve even broken down and bought a few seasons of different shows off Amazon’s Video-On-Demand service, unpleasantly DRM’d though it may be.

TV isn’t yet dead to me, and it won’t be as long as MLB preserves its braindead blackout policies for MLB.tv. But I need it less every year. The web is steadily consuming my viewing habits, and the trend is – if anything – accelerating. And I don’t even have a Roku yet.