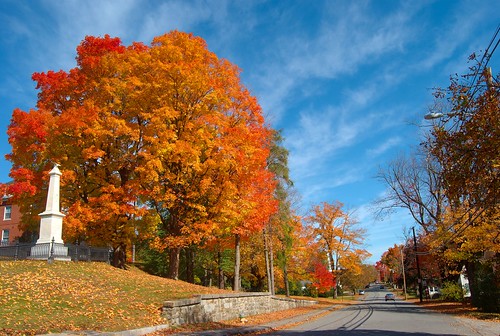 It’s been an odd week here at the home office. It began badly, ended badly, but in between there were a great many good briefings and client sessions.

So I’ve got that going for me.

Also, my Crumpler came in. Like Dan McWeeney, I got a Part and Parcel, in this case to replace my failing Patagonia One Bag. But more on that later.

In the meantime, here are the usual slate of Friday topics that aren’t getting their own entries.

I’ve been recommending fivethirtyeight.com for some time to anyone that will listen. Not least because the backstory is interesting and involves baseball. Nate Silver, the founder of 538, is most famous for his creation of PECOTA, a remarkably accurate algorithmic projection of baseball player performance. Invented on the side while he worked as an economic consultant at KPMG, PECOTA consumes raw performance data and outputs projections that are, as mentioned, surprisingly accurate. 538 does much the same, substituting political polling data for the baseball metrics, with the output projections. Some, including Nat, have criticized the site for being overtly left leaning in its coverage.

But the important – and truly differentiating – distinction of 538 is not the editorial coverage, which I would agree is at least mildly partisan, but the numbers. Like PECOTA, 538 is spin-blind: it simply consumes numbers – lots of them, and outputs other numbers.

Which is why it’s my first stop for political analysis; I’m tired of listening to pundits tell me what they think is happening or will happen. I have – possibly because of its success in baseball – far greater faith in the numbers.

Whoever you’re voting for I’d recommend giving it a look, because while the numbers may lie, they’re less likely to than a political “analyst.”

The Lobstermen and the Economy

One of my major concerns with regard to the economy is the ripple effect. We all know about the obvious implications: tighter credit, higher unemployment, and so on. What we might now realize yet are the downstream implications of an economy that is retracting at an accelerating rate. Consider the example of the lobster industry here in Maine; already devastated over the summer by skyrocketing fuel costs and a stricter regulatory environment, they’re now facing a collapse in market rates for their product.

I’ve never been one to defend industries that are unsustainable economically, because I was taught early that none of us are owed a living. That said, I expect what happened to the lobster industry to be repeated – at scale – across a wide variety of industries across this country going forward. Some of which can be easily anticipated – think vehicle production – some of which cannot.

The economic storm will touch each of us, somehow. And while it’s been genuinely touching to see the efforts that an already strained population here will go through to protect its own – the lobster benefit sale down at Five Islands last weekend had a line forty deep (we bought five and then set them free off the dock) – it could be argued that it’s a band-aid for an arterial wound.

This is not the end of everything, as some would argue, but it is the end of some things. Probably permanently.

I want to pay Moo for some new business cards, I really do. But their image upload and manipulation tools leave much to be desired. I’ve tried everything I know to reformat one of our logos down to an appropriate size for upload, but Moo inevitably ends up displaying something like this. If they can’t solve this through software, it would be nice if they would specify the size and resolution levels their system expects. I’ve found no help whatsoever on the subject, and blew a half hour yesterday reformatting logos over and over.

I’ve vented on this subject previously, but I see no reason to let that prevent me from doing so again. The fact that the only delivery service permitted to deliver to a Post Office box is the USPS is absolutely asinine. My assumption – and please, correct me if I’m wrong – is that this is intended to “protect” the Postal Service monopoly, but I’d argue it does nothing of the kind. And indisputably, it massively inconveniences me as a customer. I maintained a PO Box here in Maine principally because we don’t have mail delivery, and it would be non-obvious to a driver where to deliver a package.

But as most of the items – laptop, running shoes, bag – I’ve had shipped recently were available only via UPS or Fedex, they were unable to deliver to me at my preferred address. Meaning that I have to reroute them to another location, inconveniencing everyone in the process.