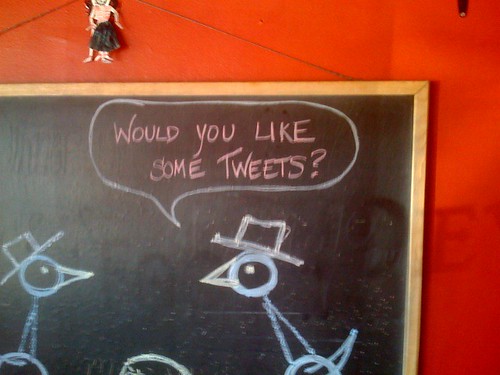 No one – least of all yours truly – would claim that I was a socially precocious child. Not when my parents could conceivably stop by here to contradict me on the subject, anyway. There is, however, one particular arena of interpersonal relationships that I would argue I had a firm grasp on at an early age.

In simple terms, my view was (and is) this: relationship volume and personal time are inversely proportional. As one rises, the other declines, more or less inevitably. In practical terms, this implies that the addition of relationships – be they personal, business or otherwise – unavoidably reduces the amount of time that you might allot to each. While a couple of the people that I’ve discussed this with have taken exception to the idea that interpersonal relationships have much in common with a shared broadband connection – there’s only so much bandwidth to go around, no one as yet has actively refuted it.

There are, of course, a variety of responses to this assertion, assuming that you believe it has some credence. My own has been to artificially limit – both personally and professionally – the number of relationships that I attempt to maintain. Not dramatically, of course: I know and interact with a great many people on a daily basis. But I studiously try and avoid the addition of relationships that I don’t feel that I’ll be able to effectively maintain, because I take the responsibilities that attend them quite seriously.

The advent of digital applications that facilitate the creation of relationships, then, has been very much a mixed bag for me.

Blogging, if you’ll indulge me and loosely group it as a tool with tangential social networking implications, has been a wonderful development. It’s central assumption of a 1:many connection versus the more demanding 1:1 interaction means that it scales exceptionally well across a large audience. Unlike personal relationships, my time is not diminished by the arrival of new readers. Not in a linear fashion, anyhow.

Contrast this with Twitter. Now Twitter fans, relax: the intent here is not to bash your favorite tool – quite the contrary. Twitter is in my view a marvelous tool, virtuous in its simplicity, and against some long odds it has become an integral part of my day to day existence online. That said, it remains a tool that introduces friction from time to time, highlighting some of the conflicts between relationships in an offline world and their online counterparts. Conflicts that, in my view, stem at least in part from different offline philosophies governing interpersonal interaction.

Case in point is this advice from GigaOm writer Larry Chiang:

Reciprocity is also a must. Guy Kawasaki, a top Twitter-er, takes this to the extreme, following every Tweeter who follows him. So do I. Use text message updates to keep tabs on those tweeting you.

In an offline setting, there’s room for ambiguity in relationships. Not so in the binary world of Twitter: you’re either following me, or you’re not, and vice versa. Therein lies the problem, and the compulsive need for many to follow those following them. Because if you don’t, you might offend.

Which I know, because I reciprocate with but a fraction (less than 1 in 5) of my own followers, and a few folks are upset with me because of that. Why am I so selective? Is it because I’m snobby? Because I’m insensitive? Because I’m a dick? Or is it possibly because – per the equation established above – the more Twitterers I follow, the less closely I can follow each one?

You can decide that one for yourself. Just do me a favor and don’t tell me if you choose “he’s a dick.” Especially via Twitter.

What isn’t in question, in any event, is the fact that given a preference to follow each person as closely as possible, the above advice from GigaOm is absolutely and fundamentally incompatible. If you follow 13,543 Twitter users, as one of the examples held up above does, how much time might you be able to spend listening to each one? I’m betting very little.

Which just wouldn’t work for me. One of the first things I do to start my day is page back to the last Twitter I read the night before, catching myself up. If you follow a 130 people, this is easily accomplished. 13,000, not so much.

This probably sounds like evangelism, but trust me: I have no intention whatsoever of trying to persuade you of the merits of my approach at the expense of others, maybe even yours. First, because that’s simply not how I do things, but more importantly because it’s not a popular approach. Near as I can determine, I’m the only one who uses Twitter in this fashion. Tim Bray, for example, clearly views Twitter as a volume tool, saying:

There’s one thing that’s become terribly clear to me: Twitter is inherently a river-of-news; when I come back to my computer after a while offline, I have no urge to look back at the missed tweets. If it’s important, it’ll come back.

So does Ric Hayman, who used almost the exact same wording when trying to persuade Lauren Cooney to Twitter (it worked):

Something to keep in mind – it’s a river of stuff, not a lake. If you miss something, or let it go by unnoticed – that’s OK. If it’s important it will usually come by again.

If I viewed Twitter primarily through a business lens, as a tool to keep me apprised of what might commonly be considered “important” information, I would probably agree with those assertions.

But I do not. Twitter is for me a personal tool first, business tool second. I’m not paging backwards through my Twitter history every morning to learn anything important; I’m paging backwards to learn the spectacularly unimportant. And that almost certainly won’t come around again.

Again, different strokes for different folks. Ric had it exactly right, in my view, when he said says, “there’s no one ‘right way’ or ‘best practice’ – it’s what works for you.” That is true, in my opinion, and should be the end of it. But obviously is not, because of the aforementioned lack of ambiguity in the connections facilitated and the resulting offense you inadvertently and unintentionally trigger simply by being less promiscuous (in the technical sense) with your attention.

And Twitter is but one of many social networking applications. For all that I’ve discussed my approach to Twitter here, the rules vary – often widely from application to application. Or at least they do for me. I’ll accept connections on LinkedIn, as an example, that I would immediately dismiss on Facebook. Mostly because, like Twitter, each additional connection represents a potential drain – however slight – on my attention. And in these days of rampant continuous-partial-attention, I value that fairly highly.

My hope is that, over time, etiquette will evolve – much as it has with phones and subsequently mobile phones – to provide guidelines for what the expectations are on both sides of the social networking divide.