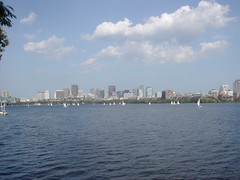 As documented in excruciating detail on Twitter, I did eventually manage to make it into LaGuardia last night for the annual holiday visit with the parents. Not without the roughest ride I’ve had in years, but given that delays peaked north of four hours at some of the area airports, I count myself as fortunate.

Anyway, after a few days here for catching up and the exchange of material goods common to the season, I’ll be embarking on a couple more days of travel before returning to Denver for New Year’s at my place (Denver residents, drop me a line if you don’t already have the invite – I’m ideally situated for your downtown merriment).

More specifically, I’m likely to be roaming the streets of Manhattan Wednesday morning prior to an afternoon shuttle from JFK up to real Portland, so if you’re unlucky enough to be working or merely find yourself unoccupied for the day after Christmas, let’s grab breakfast or an early lunch.

Following a quick couple of days communing with the great state of Maine, I’ll then be journeying to Boston either Friday evening or Saturday morning via the Downeaster, in order to catch a flight out of Logan early evening. So, same deal: if you’ll be in and around my pseudo-hometown either Friday or Saturday, drop me a line.

I may be on vacation, but I’m never averse to beers.