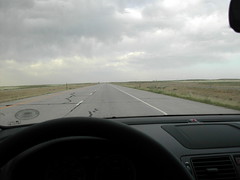 Lots More of This

It’s no secret – to the few that are interested, anyhow – that I was back East for longer than was anticipated this summer. Quite a bit longer, actually. As in mid-May through mid-November, up from June through September the previous year.

What’s interesting is that those few that know me well are apparently assuming that this is the new reality, rather than a World Series inspired exception. In spite of repeated denials and claims to the contrary from yours truly. The really surprising thing, to me anyhow, is that I’m beginning to think they’re right. As is so often the case, my friends know me better than I do.

True, I’m a few decades early to be settling into a Snowbird life style, but the fact is that I enjoy it. Immensely. It’s disruptive, it’s somewhat costly, and it means two flights a year with a very angry and occasionally vicious animal, but it’s worth it. And then some.

Such a peripatetic existence isn’t for everyone, I’m sure. The combination of professional and personal circumstances that permit it, for one thing, are rare. I do realize just how lucky I am in that capacity, trust me. But even should those particular stars align, how many would choose to voluntarily leave the comforts of home behind for six months at a shot? Driving halfway across the country to do it. Few, as far as I can tell. Even fewer eligible females. When asked where I live these days, I’ve given up trying to explain, because it usually just elicits either a blank stare or nervous laughter. “You do what?”

Thanks to Emerson, I’m ever more acutely aware of the value of time, and am thus predictably loathe to waste it. Most especially if it’s solely for the purposes of conforming to convention. Translated, that means I try to do what I want to do when I want to do it, at least to the extent that I’m able given my current responsibilities. And at the present time, what I want to do is divide my time amongst particular geographies in a decidedly non-traditional fashion. If that generates certain problems, and it does, so be it. When even your friends support you going, it might be a sign that you should. Or that your friends don’t like you.

This minor epiphany, however, is but the merest of baby steps towards the ultimate end goal of being truly nomadic. This past summer was quite an education in how not to live away from home, and the list of lessons learned is a long one.

For example, I desperately need a mail forwarding solution that involves in no way the United States Postal Service. From what I’ve been able to forensically reconstruct from the available evidence, the USPS decided in their infinite wisdom sometime between July and August that I no longer lived in Denver, and began returning all of my mail as undeliverable. This would perhaps be more understandable if I hadn’t set up with the USPS mail forwarding to my Maine post office box in advance, and if the same USPS hadn’t themselves forwarded a handful of items to my PO box over the course of those same months.

In case you were wondering, it is indeed fun calling everyone from your credit card companies to clients to inform them that they do, in fact, have the right address. Good times.

On a slightly grander scale, there is also the question of what to do with my apartment. It’s possible, with the Democratic National Convention in Denver this summer – and right across the street – that I could realize six or more months of rent in the space of a few weeks by letting out my loft to someone desperate for space. But even failing that, it would be foolish to continue leaving the apartment fallow for the duration of my absence. Which of course means moving all but the furnishings expected in a furnished apartment into my storage unit, oh joy. Now, perhaps, you understand my recent, massive divestiture of goods on craigslist and eBay, and to the Children’s Hospital and Goodwill. I’m not going Buddhist so much as I hate moving.

Other areas that graded out as a Needs Improvement from this summer? Keeping in touch. The transition to and from. And, regrettably, fishing. Shut up, Glynn.

When I’ve got the whole thing figured out, I’ll be sure to let you all know. Suggestions from those wiser, more experienced, or both, are as always appreciated. But in the meantime, I’m going to try and get the best of both worlds, six or so months at a time. While I can.