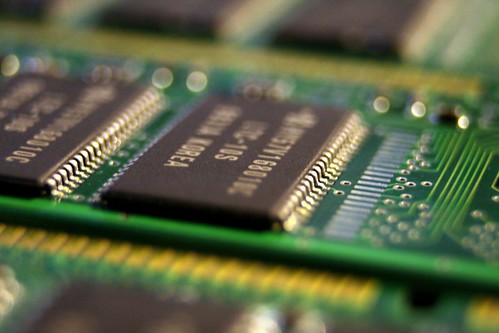 Japanese mobile conglomerate SoftBank is purchasing UK microprocessor designer ARM in an all-cash deal valued at £24.3B ($32.3B at current exchange rates). This reflects a 43% premium in ARM’s price/share based on their last market close.

The acquisition will be funded with SoftBank’s cash in addition to long-term debt via bank loan. SoftBank’s last fiscal year ended on March 31, 2016. At that time they had ¥2.6T ($24.2B) in cash and ¥2.6T ($24.9B) in interest-bearing debt. Depending on the mix of financing, this acquisition thus stands to either significantly deplete SoftBank’s cash reserves or similarly increase their debt load.

Some sources attribute the takeover at least in part to the weakening of the pound following the Brexit. The BBC claims the weakened pound makes “UK targets cheaper and many industry watchers are predicting a new wave of foreign takeovers.” While it is true that the pound has depreciated against the yen by nearly 13% in recent weeks (from a spot rate of roughly 156 ¥/£ on June 23 to roughly 138 ¥/£ at the last market close), SoftBank’s CEO is quoted in the Wall Street Journal as saying Brexit “didn’t affect my decision” on the acquisition and the recent currency change “did not bring us any discount.”

This is SoftBank’s largest acquisition, including previous purchases of Sprint and Vodaphone Japan. This may seem like a high value to place on a company that designs (not manufactures) microchips, but strategically SoftBank “considers ARM well placed to exploit the so called ‘internet of things’.”

According to ARM’s 2015 Annual Report, “ARM processor designs were in around 15 billion chips, a 32% market share” in a market estimated to be worth $115B annually. As more and more devices become connected, “analysts predict that the average annual growth rate to 2020 of this market is expected to be about 7%” which makes ARM’s market dominance in a growing space an attractive strategic investment.

While growth has come from the IoT, ARM’s resurgence in recent years – and Intel’s opposite trajectory – have been the result of the Cambridge company’s dominance in mobile devices. (In 2015, “45% of the ARM-based chips went into mobile devices.”) The so-called Wintel monopoly carried both of those parties to valuations that ARM never approached, but as mobile steadily eroded PC spend ARM’s low power designs found success on both of the most successful mobile platforms. Both Apple’s iOS devices and Android’s array of hardware are either exclusively or nearly so ARM-based.

Which means that ARM is a company that sat at the heart of the last computing revolution, and has a front row seat for what may be the next one. All for a 43% premium.